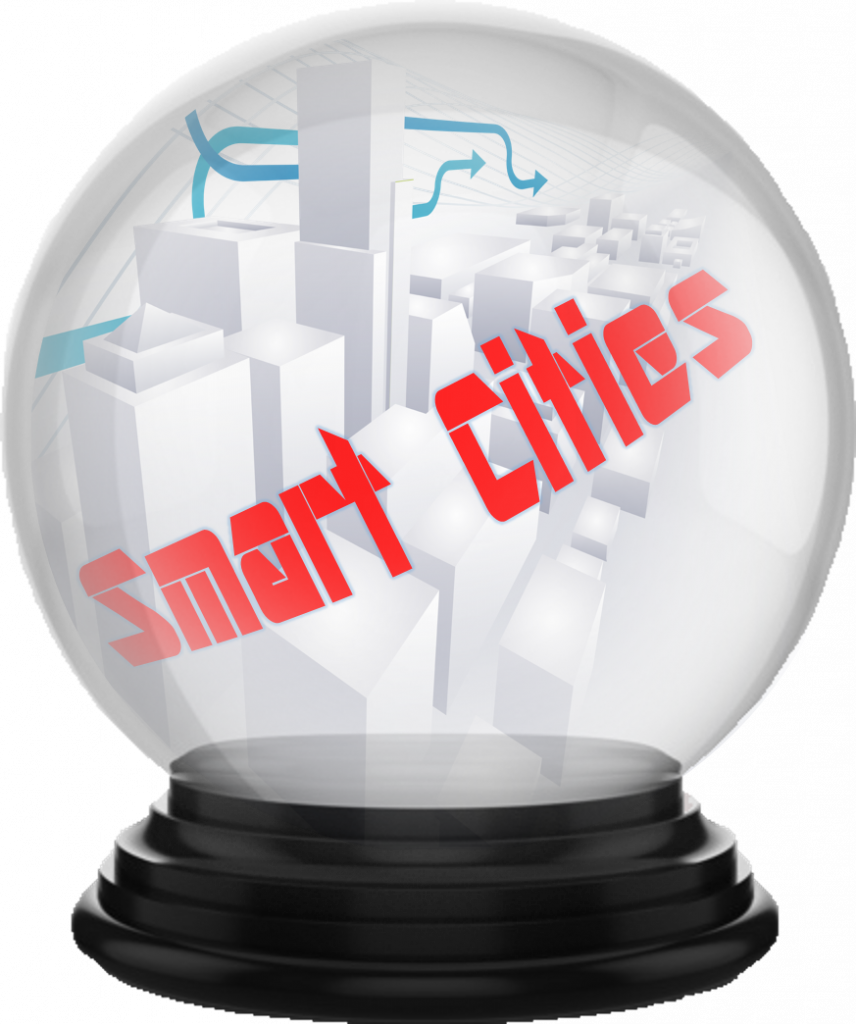 According to Sergio A. Fernandez de Cordova, the genesis of the smart cities movement can be traced to Los Angeles in the 1950s when city fathers proposed using computerized punch cards to analyze the city [1] He explains, “It’s here the seeds of the modern smart city were planted: manage and maximize the efficiency of an urban area through data provision and analysis while improving the lives of the citizens.” Kenn Dodson (@gircom), a Cisco Subject Matter Expert for Government, predicts, “Smart Cities are poised to drive significant change in how we work, play and learn in 2018.”[2] Below are some of the trends and predictions pundits are making about the future of smart cities.

1. Public/Private Partnerships. One of the continuing questions about the smart cities movement is how cities are going to pay for all the technology. Bas Boorsma, a Smart Cities Expert at Cisco, “believes that a minimum of public control should be maintained within a smart city, and suggests effectively leveraging public-private partnerships (PPPs) as a collaborative growth solution. PPPs are forged through the need for socially sustainable infrastructure; a need answered by an economic union between government or public agencies and private sector partners.”[3]

2. Equitable Master Planning. I have argued in past articles that smart cities must be people-focused rather than technology-focused. As de Cordova noted, one of the objectives of smart cities initiatives is to improve the lives of citizens. Katie Pyzyk (@_PyintheSky) reports an increasing number of cities are drafting master smart city plans with a goal to make cities more inclusive and equitable. She writes, “These extensive smart city plans place a renewed focus on inclusivity, particularly as it applies to the installation and distribution of smart projects. The cities are made up of diverse populations covering different socioeconomic statuses that each have different needs. Recognizing and embracing such differences can prevent divisive strategies that negatively impact a city, such as only implementing innovations in wealthy neighborhoods or installing technologies that don’t benefit the population at that location.”[4]

3. Creation of Living Maps. The real power of smart cities is unleashed when silos break down and data is shared between systems. Dodson explains there is movement to merge “GIS, big data, and analytics to create real-time ‘living maps’ to model community behavior.”

4. Better Government/Citizen Collaboration. Most citizens have a love/hate relationship with government. Years of dealing with long lines when interacting with government agencies and perceived lethargy of government processes has taken a toll. Dodson believes this is changing thanks to “greater real-time citizen interaction with government through personal wireless devices. This will be driven by an enhanced user experience as a result of new government-citizen collaborative tools, including real-time video and data sharing and base-level artificial intelligence.” He adds there is also going to be “increased focus on human-centric technologies via app development by government. This will greatly enhance transparency of government-gathered data, leading to more trust in local government.”

5. Adoption of 5G technology. Pyzyk notes, “Verizon and its partners are already started testing 5G in a handful of U.S. cities, including Houston, Miami, Seattle and Ann Arbor, MI. Smart city technology is one niche area repeatedly mentioned as benefiting in a big way once 5G officially rolls out, which both Verizon and AT&T anticipate should happen — at the very least, in a limited form — late this year. The high-speed service is expected to better support the sensors in and communication between many Internet of Things devices. It will reportedly help existing devices — such as public safety cameras — operate more smoothly and effectively while paving the way for efficiently introducing new ones — such as autonomous vehicles.”

1. Implementation of Smart Devices. De Cordova predicts increased installation of, “smart traffic lights that analyze and efficiently direct traffic flow. Street lights that brighten and dim based on the presence of pedestrians. Smart sensors monitoring air pollution, smart sanitation fleets, and buildings that can monitor their own condition as well as the safety and wellbeing of everyone inside them.”

2. Wide-spread use of Cognitive Platforms. Although the lifeblood of a smart city is data, the “smarts” must be provided by cognitive technologies. Dodson predicts increased use of “city-wide digital platforms that can gather, aggregate, and analyze data from a variety of sources, resulting in cities that are smarter and more resilient.”

3. Increased Focus on Transportation. Pyzyk predicts we’ll see a number of initiatives focused on transportation including, electric vehicle (EV) infrastructure expansion. In fact some cities are already planning for an all EV future. Dodson predicts more cities will develop “connected intersections as test beds and launching points for Smart City initiatives.” Despite the rise of recent challenges to Uber in some cities, Pyzyk predicts cities will eventually call a truce, of sorts, with ride-sharing companies. She believes ride-sharing schemes will focus on first- and last-mile connections to public transportation. She explains, “Microtransit programs typically center on improving first mile/last mile connections by using on-demand shuttles or smaller vehicles that pick up multiple people going in the same direction, as opposed to buses or trains that run on a fixed route. Phoenix partnered with Lyft to get riders to and from bus stops, and several California municipalities have partnered with TransLoc for a transit/ride-share hybrid. … Some people view microtransit systems as better mobility options than traditional transit for aging residents and those with disabilities. They’re also being tested as transportation in frequently underserved areas, such as suburban, rural and low-income areas.”

4. Improved Emergency Response. There is an increasing frustration among urban residents that an Uber driver can locate where they are but first responders seem to have difficulty finding victims. Dodson predicts, “Public safety vehicles [will be used] as digital hubs to scale mission fabric in real time (via ruggedized routers), allowing government to respond faster and more accurately to emergencies and natural disasters. This will include greater deployment of mobile, real-time video and data sharing.”

5. More Access to Broadband. Brookings’ analysts, Adie Tomer (@AdieTomer) and Rob Puentes (@rpuentes), bluntly state, “No industry or household in the world, will reach their future potential without access to broadband, it is the electricity of the 21st century.”[5] That statement holds true for cities as well. Dodson predicts, “As WiFi continues to grow in recognition as a necessary utility, minimums for bandwidth, access, security, and linkage into a larger city-wide fabric will become standard code.”

Too often discussions about smart cities focus on technology rather than people. According to Wyatt Cymar (@wyattcmar), a research assistant and writer for the Project on Municipal Innovation Advisory Group at the Harvard Kennedy School’s Ash Center for Democratic Governance and Innovation, people and money present greater obstacles to smart city implementation than technology. He observes, “The greatest barriers that prevent our cities from getting smarter are mainly non-technical in nature: buy-in is hard-won, budgets are already stretched thin, and collaboration can be elusive. … However, we see that every player has a part in the smart city, and the benefits from each technology are multiplied when they are networked with each other. Services that at first blush look like minor conveniences for some could — upon being integrated into a larger system — offer up a much better quality of life for many.”[6]