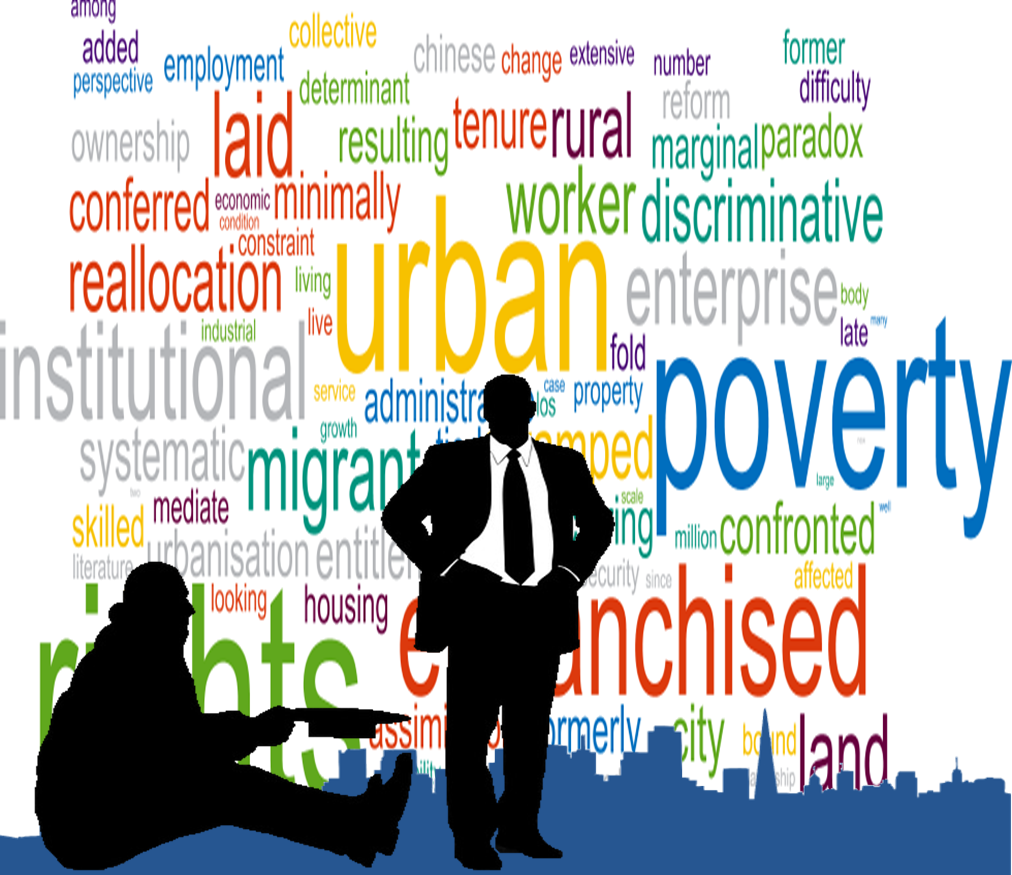 “People move to urban areas in search of more jobs and a better life,” writes Axel van Trotsenburg, the World Bank’s Vice President for East Asia and Pacific Region. “However, urbanization comes with risks that can prolong impoverishment and lack of opportunity instead of improving future prospects.”[1] He continues:

“Once cities are built, their urban form and land-use patterns are locked in for generations. Getting it right now prevents spending decades and large sums of money trying to undo mistakes. Therefore, it is critical to understand the inter-related megatrends that accompany urban growth. To do so requires monitoring and tracking the complex issues involved, including migration, labor, employment, income, transport, health, education and public infrastructure. Big data can be a critically important tool in this exercise.”

Although van Trotsenburg is correct when he notes that land-use patterns can be locked in for generations, often it is not the planned part of cities that create the greatest challenges but the unplanned ones, like the sprawling slums that surround many of the world’s largest cities. Nevertheless, his broader point is well made — it is critical to understand the interrelated megatrends that accompany urban growth and make plans accordingly. To that end, van Trotsenburg asserts that the world needs to create “data sets that can improve policy planning and collaboration, a requirement to ensuring that the unstoppable demographic, social and political transformation helps reduce poverty and boost shared prosperity.” Rick Robinson (@dr_rick), IT Director for Smart Data and Technology for Amey, also sees the need for planners to use big data to help make cities operate more efficiently and effectively. “It’s certainly vital,” he writes, “that we manage and operate city services and infrastructure as intelligently as possible — there’s no other way to deal with the rapid urbanisation taking place in emerging economies; or the increasing demand for services such as health and social care in the developed world whilst city budgets are shrinking dramatically; and the need for improved resilience in the face of climate change everywhere.”[2] Robinson, like van Trotsenburg, is concerned about making urban life better for all citizens, rich and poor alike. He explains:

“Maslow’s Hierarchy of Needs identifies our most basic requirements to be food, water, shelter and security. The purpose of many city infrastructures is to answer those needs, either directly (buildings, utility infrastructures and food supply chains) or indirectly (the transport systems that support us and the businesses that we work for). Important as those needs are, though — particularly to the billions of people in the world for whom they are not reliably met — life would be dull and unrewarding if they were all that we aspired to. Maslow’s hierarchy next relates the importance of family, friends and ‘self-actualization’ (which can crudely be described as the process of achieving things that we care about). These are the more elusive qualities that it’s harder to design cities to provide. But unless cities provide them, they will not be successful. At best they will be dull, unrewarding places to live and work, and will see their populations fall as those can migrate elsewhere. At worst, they will create poverty, poor health and ultimately short, unrewarding lives. A Smart City should not only be efficient, resilient and sustainable; it should improve all of these qualities of life for its citizens.”

In order to make cities more efficient, resilient, and sustainable, Robinson notes that big things and little things must work together. He explains, “Cities are enormous places in which what matters most is that millions of individually small matters have good outcomes. They work well when their large scale systems support the fine detail of life for every one of their very many citizens: when ‘big things’ and ‘little things’ work well together. He offers six suggestions for fostering that kind of outcome. First, he recommends that institutions be made accessible. “If the institutions of Smart Cities are to successfully create the environment in which massive amounts of small-scale innovation can emerge,” he writes, “then they must listen to and understand what local activists, communities, social innovators and entrepreneurs want and need.” Second, urban infrastructure and technology must be accessible. Robinson particularly stresses the importance of making technology available to all citizens. Adie Tomer (@AdieTomer) and Rob Puentes (@rpuentes) agree with him. They write, “No industry or household in the world will reach their future potential without access to broadband, it is the electricity of the 21st century.”[3]

The third suggestion offered by Robinson is that cities should support collaborative innovation. “Small-scale, local innovations will always take place, and many of them will be successful,” he writes, “but they are more likely to have significant, lasting, widespread impact when they are supported by city institutions with resources.” His fourth recommendation involves open systems. He explains:

“A common principle between the open data movement; civic hacking; localism; the open government movement; and those who support ‘bottom-up’ innovations in Smart Cities is that public systems and infrastructure — in cities and elsewhere — should be ‘open’. That might mean open and transparent in their operation; accessible to all; or providing open data and API interfaces to their technology systems so that citizens, communities and businesses can adapt them to their own needs. Even better, it might mean all of those things.”

Robinson next suggests that cities should provide common information services. Such services include “include real-time access to information from physical city infrastructures; tools for analyzing ‘big data’; and access to technologies to ensure privacy and trust.” Finally, he recommends that cities establish governance of the information economy. He asks, “Can we speak in confidence of an information economy when the basis of establishing the ownership and value of its fundamental resource — digital information — is not properly established?” Any information or service that becomes available, accessible, and affordable to the poor will help them help themselves.

As cities look improve their housing, services, and job situation, they often engage in a process known as “gentrification.” Brookings analysts Jonathan Grabinsky (@jgrabinsky) and Stuart M. Butler (@stuartmbutler) explain that gentrification is “the migration of wealthier people into poorer neighborhoods.” They also point out that gentrification is a very contentious issue because it often means simply displacing the poor. “Being poor is obviously bad,” they write, “but being poor in a really poor neighborhood is even worse.”[4] That is the philosophical and theoretical foundation they use to discuss how gentrification can actually help the poor. They conclude:

“Gentrification certainly comes with attendant dangers for low-income families, which policy makers should be on guard against. But it comes with potential benefits too, so we should be careful about simply ‘protecting’ neighborhoods from the process. Policies and regulations that insulate impoverished neighborhoods from gentrification could end up condemning these communities to yet another generation of deep poverty and segregation.”

Too often when we hear about “smart city” initiatives, we think about technology and not about people. A “people first” approach can help ensure that when technologies are implemented to make cities more efficient and effective they are applied in a way that improves quality of life for everyone. The poor are always going to be attracted to cities looking for a better a life. Van Trotsenburg concludes, “Some of the best policy approaches include: facilitating access to land and guiding development so it can occur efficiently; ensuring high-density areas are well located and planned to produce a livable and walkable environment; addressing the entire system of cities by coordinating urban services across municipalities and governments; and making urbanization inclusive so economic opportunities are accessible especially to recent urban migrants.” Smart cities will never be truly smart if they ignore the needs of the poor.