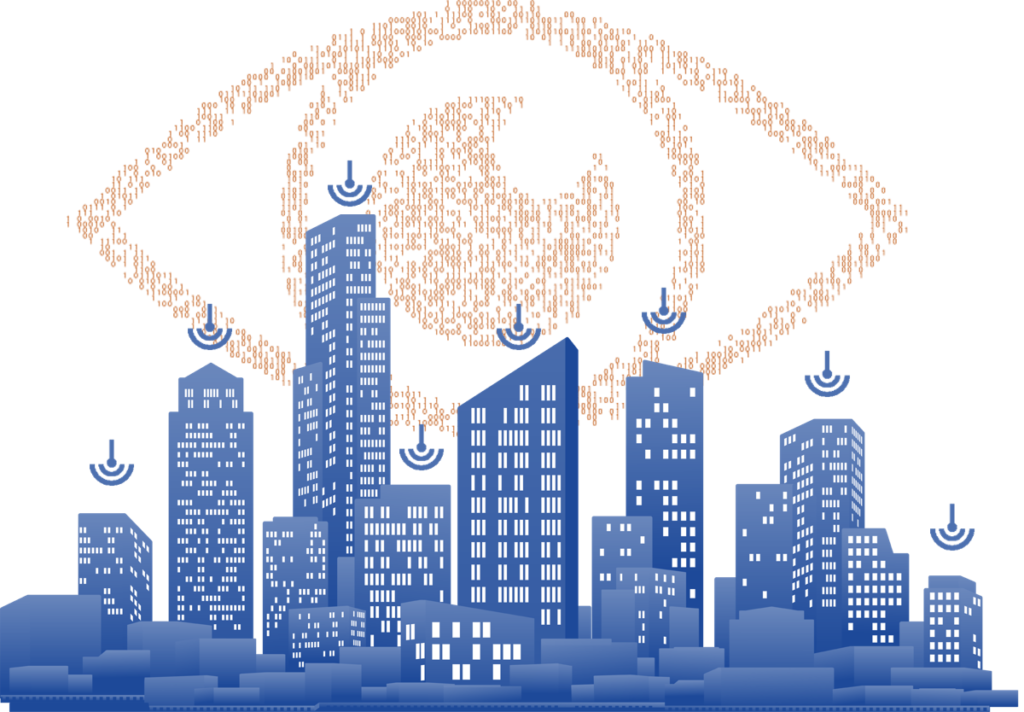 If you are not the first-born child in your family, you may have an older brother. For much of history, having a big brother meant you had a friendly guardian to whom you could turn in times of trouble. The term “big brother” took on an entirely new meaning when, in 1949, George Orwell published his novel Nineteen Eighty-Four. In that fictional novel, Big Brother is head of a totalitarian state in which the ruling party monitors and controls the lives of its citizens. The fictional party used the term “Big Brother” hoping it would give the party’s leader an air of benevolence. Instead, the term “Big Brother” became a symbol of repression and oversight. In the real world, the term became an instant euphemism for a surveillance state. Some analysts worry the rise of smart cities will result in an erosion of privacy and in the rise of a real-life urban Big Brother situation. Indeed, there are trade-offs to be made.

The Rise of Smart Cities

Over the past decade, the world reached a tipping point. More people now live in urban environments than in rural areas. This urbanization places enormous strain on city infrastructure and systems. One reason people have historically gathered in cities is because they can make better use of limited resources. The need for such efficiencies has never been greater. Perhaps by chance, urbanization is taking place simultaneously with digitalization. This coincidence provides unprecedented opportunities for city planners to use data to make cities more efficient and effective. IBM analysts believe cities are based on six core systems that should be optimized both individually and holistically. Those “systems” are: people; business; transport; communication; water; and energy. I would add a seventh system — waste management (which would include both trash and sanitation). Optimizing those systems can provide significant benefits for residents. The primary goal of smart city initiatives is to improve the quality of life for citizens. Here’s the rub. To do that, cities need to gather data and analyze data generated by citizens as well as the data generated by other urban systems. What generates the greatest fear is that big data will be used to optimize an eighth system — law enforcement and security.

Claudia Geib (@cm_geib) writes, “Around the world, city government offices are equipping their cities to collect a growing amount of data about residents and their activities.”[1] She finds this all a bit unsettling. She explains:

“In Singapore, for example, the government plans to require all cars to have a satellite navigation system that will monitor the location of each vehicle at any given time, plus its speed and direction. This tracking system will allow the government to automatically charge cars for parking fees and tickets, as well as levy a tax based on how much an individual drives. The island nation is also testing several programs that gather data about city-wide infrastructure issues and the amount of energy used in individual units of government-sponsored housing (80 percent of the population lives in these complexes). Elderly and infirm patients could opt in to a program that monitors movement inside their apartments. As more objects become connected to the internet, they will gather even more information. … Such prodigious and complex data could particularly put individuals at risk if it got into the hands of hackers.”

Chris Mellor (@Chris_Mellor) states it even more bluntly, “A smart city is, inherently, a surveillance city, and citizens’ privacy could potentially be the cost of the efficiency gains.”[2] Mellor admits data collection and analysis can provide benefits. He explains, “A mass of sensors and systems monitor a city’s infrastructure, operations and activities and aim to help it run more efficiently. For example, the city could use less electricity; its traffic run more smoothly with fewer delays; its citizens use the city with more safety; hazards can be dealt with faster; citizen infractions of rules can be prevented, and the city’s infrastructure; power distribution and roads with traffic lights for example, dynamically adjusted to respond to differing circumstances. These things are good for system administrators in their work and good in the generality, for citizens, who should see their city working better for them.” Nevertheless, he asks, “Could it be worth the trade-off?”

Susan Muldowney asks two similar questions, “How willing are citizens to sacrifice their privacy for the benefits of smart cities, and can government regulations keep up with new tech?”[3] The answer to her second question about regulations and technology is a simple “no.” Technology will always race ahead of regulations. In partial answer to the first question, Muldowney writes, “To remain livable and economically competitive, rapidly growing cities need to embrace high-tech solutions to solve their many practical problems.” I would argue cities with slow growth or no growth have as much or more need for efficient systems as rapidly growing cities because their resources are even more limited.

Are the trade-offs involved in becoming a smart city worth it? Muldowney asserts, “While there are many challenges associated with building smart cities, those groups and authorities that harness data to better understand their cities and residents are producing the most successful results.” Smart cities require connectivity and ubiquitous connectivity aids both the city and its citizens. Adie Tomer (@AdieTomer), a fellow at the Brookings Institution, and Rob Puentes (@rpuentes), President & CEO of EnoTrans, add, “No industry or household in the world, will reach their future potential without access to broadband, it is the electricity of the 21st century.”[4]

Only a fool would deny smart cities require a trade-off between the benefits they provide and the privacy of the citizens they serve. Tomer and Puentes assert, “Even as a nascent idea, the smart city concept warrants the attention it has received. Urban history is clear on the power of innovative infrastructure to change cities’ trajectories. There is no question that digital technologies can continue that trend.” They insist, however, the focus should be “on policy over technology.” Openness is one of those policies. Geib notes, “Citizens can only hold their governments to promises of safety if those citizens know what data is being collected about them.” Arthur Baxter, an Operations Network Analyst at ExpressVPN, agrees citizens, not Big Brother, need to be in control in smart cities. He writes, “In analyzing some of the worrying aspects of smart cities, French blogger Francis Pisani makes the distinction between ‘datapoles’ and ‘participoles’. He describes the former as ‘a city based on data’ and the latter as a city ‘which thrives on participation and where citizens use IT while also contributing with their minds.’ Understanding that dichotomy could be the key to making smart cities both efficient and democratic. Smart cities claim to make citizens the ultimate benefactors of data gathering, so citizens should have an active role both in what is measured and how it is used.”[5] He concludes, “Real participation also requires involving citizens in the ethical deliberations surrounding smart initiatives and educating them about the trade-offs involved in weaving data collection into the urban fabric. Only by integrating the inalienable with the innovative can cities form a responsible blueprint for the future. So imagine this: a city that is not only responsive to thunderstorms and traffic jams, but one that also encourages the awareness of fundamental liberties. Now that would be a smart city indeed.”