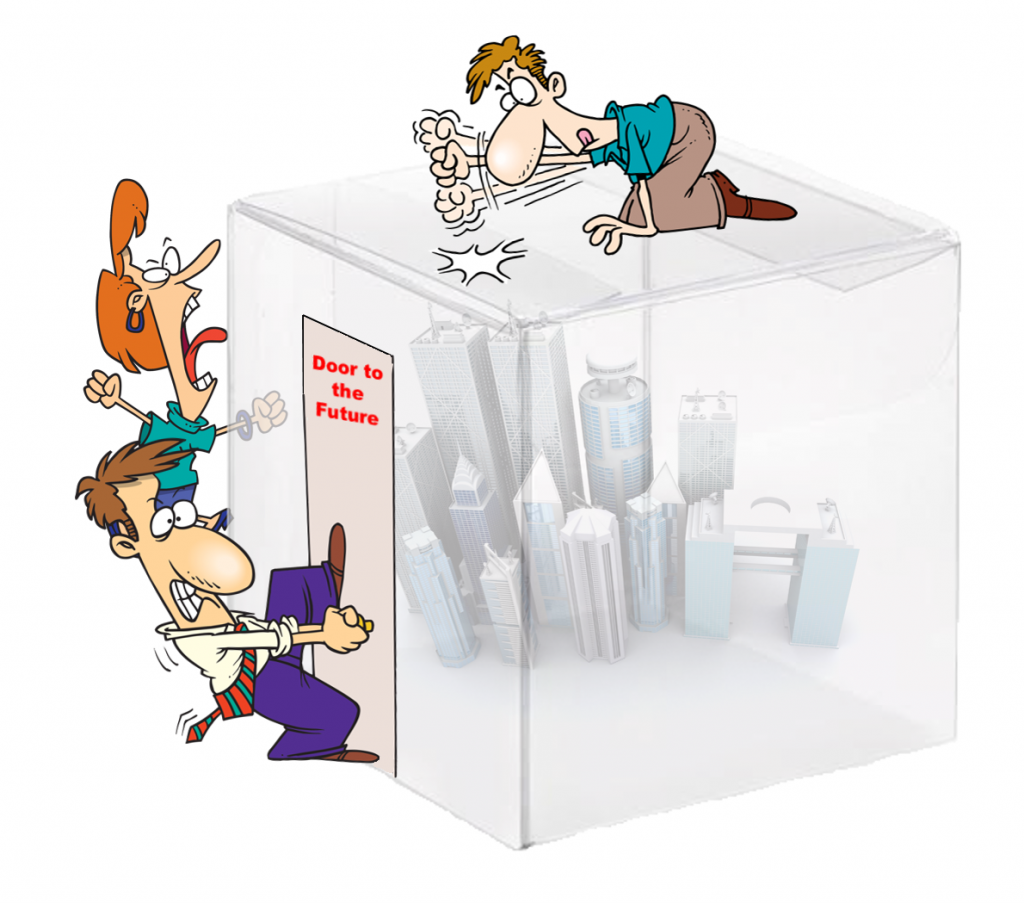 Is the Smart Cities Movement a Passing Fad?

Unless you are building a smart city from the ground up, the time and money needed to make a city “smart” can be underestimated. Lack of progress may account for the fact that a recent Black & Veatch survey found a growing number of stakeholders frustrated if not disillusioned with the smart cities movement. Leslie Collins (@lcollinsKCBJ) reports, “About 15 percent of survey participants believe that smart cities are a passing fad without long-term substance. Last year, only 6.3 percent held that belief.”[1] Fred Ellermeier, a vice president and managing director of Black & Veatch’s Connected Communities business, told Collins, “There were some inflated thoughts on what smart cities were going to do and how quickly they were going to get here. We think that people are growing leery of the buzz word and the lack of apparent progress. It’s going to take that process of working through the real world of getting these things deployed and starting to get value out of them.” Fortunately, skeptics are in the minority. As Collins notes, “The good news is that about 85 percent of survey participants believe that smart cities will be transformational and generate a positive long-term effect on cities.”

Give the process some time

People need to remember the smart cities movement remains in its infancy. Few established cities (e.g., Barcelona, Rio de Janeiro, and Singapore) have achieved what could be called smart city status. For the most part, cities are still in the experimental stage having put in place a few proof of concept projects. Avery Phillips (@A_Taylorian) writes, “With all of the technological advancements we’ve seen these past couple of years, the idea of a smart city is not as far-fetched as it once seemed. A more sustainable and efficient urbanscape is well within reach with the development of the internet of things (IoT) and big data analysis.”[2] The most important pieces of the puzzle are the ones doing data analysis — they are the technologies that actually put the “smarts” in smart cities (i.e., cognitive computing platforms). Data and connectivity alone do not a smart city make. Phillips explains, “A lot of data has to be accessed and analyzed so that the best course of action can be taken. This is where big data and IoT come in. When utilized together, large amounts of information can be gathered and studied to see where energy wastage is occurring and where improvements can be made.” Of course, it’s not just the energy system that benefits. IBM believes cities are based on six core systems that should be optimized both individually and holistically. Those “systems” are: people; business; transport; communication; water; and energy. I would add a seventh system — waste management (which would include both trash and sanitation).

One of the biggest hurdles facing cities is funding. Ellermeier told Collins, “Many municipal planners worry that it’s not affordable.” He went on to explain, however, “Smart city efforts often can pay for themselves over time and can support other developments.” He added, “A growing number of smart city initiatives are stemming from public-private partnerships, giving cities access to more funding and expertise.” Shane Tews (@ShaneTews), a visiting fellow at the American Enterprise Institute (AEI), reports the need for public/private collaboration was on full display at this year’s Consumer Electronics Show. She notes, “The 2018 Consumer Electronic Show (CES) … was as much about collaborations and partnerships as it was about new technology.”[3] That’s good news for the smart cities movement. Nevertheless, it will take time to put all of the pieces in place. As a result, a little patience is required.

Smart cities are an imperative

I don’t believe the smart cities movement is a passing fad because the world desperately needs smart cities. There are now more people living in urban areas than in rural areas. This global urbanization is putting a huge strain on city infrastructures and makes it even more important to use resources wisely. Analysts from Gemalto explain, “Urbanization is non-ending phenomenon. Today, 54% of people worldwide live in cities, a proportion that’s expected to reach 66% by 2050. Combined with the overall population growth, urbanization will add another 2.5 billion people to cities over the next three decades. Environmental, social and economic sustainability is a must to keep pace with this rapid expansion that is taxing our cities’ resources.”[4]

Cities can’t get smarter without technology; but, we should never forget the goal of smart cities is to make life better for the people who live in them. In order for citizens to benefit from smart city initiatives, they must be connected. Brookings’ analysts, Adie Tomer (@AdieTomer) and Rob Puentes (@rpuentes), bluntly state, “No industry or household in the world, will reach their future potential without access to broadband, it is the electricity of the 21st century.”[5] Seeta Hariharan (@seetahariharan), General Manager and group head of Tata Consultancy Services’ Digital Software & Solutions Group, explains, “The goal of smart cities is to help citizens take advantage of the positive outcomes they’ve grown accustomed to experiencing as consumers across their unified digital and physical worlds.”[6]

“One of the greatest benefits of a smart city,” Ellermeier told Collins, “is overlaying assets and asset analytics It’s about tying together a city’s resources, including the water system, electricity and transportation to create enhanced experiences for residents.” A good cognitive computing platform is the ideal foundation upon which to build a smart city. Cognitive platforms can collect, integrate, and analyze both structured and unstructured data — an essential capability in today’s world. Hariharan adds “As more cities embrace an outcome-based approach to their smart city strategies, citizen expectations will rise. Like smart businesses, cities will compete to offer the winning experiences citizens expect.”