Home » Artificial Intelligence » Industry 4.0: How Long will the Revolution Take? 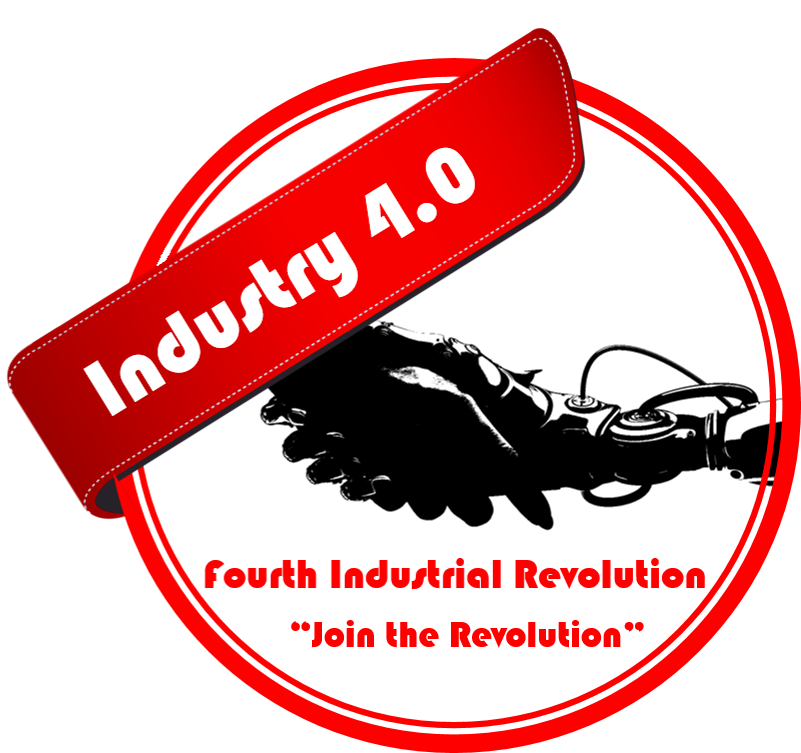 Industry 4.0: How Long will the Revolution Take?

“Imagine a world,” writes Mary Shacklett (@MaryShacklett), CEO of Transworld Data, “where smart systems, Internet of Things (IoT) sensors, and robotics combine to automate large areas of manufacturing, linking wired and wireless networks throughout the world in the making of products, and relying on both structured and unstructured big data to get the job done.”[1] Shacklett asked us to imagine that world back in 2014. The technologies she describes are sparking what analysts have dubbed the Fourth Industrial Revolution (aka Industry 4.0). For some people (e.g., employees threatened to be displaced by automation) the revolution is coming too soon. For others (e.g., analysts who believe it will create new jobs at home), it can’t come quickly enough.

Boston Consulting Group analysts believe that Industry 4.0 is going to be “powered by nine foundational technology advances.”[2] They are: They Industrial Internet of Things, Cybersecurity, the cloud, additive manufacturing, augmented reality, big data and analytics, autonomous robots, simulation, horizontal and vertical system integration. I will address a few of these technologies.

I’m certain it’s no coincidence Shacklett lists the IoT as the first technology driving Industry 4.0. As I noted in a previous article, without the Internet of Things there will be no Fourth Industrial Revolution.[3] Several years ago McKinsey & Company analysts, Markus Löffler and Andreas Tschiesner, wrote, “In what’s called the Internet of Things, the physical world is becoming a type of information system — through sensors and actuators embedded in physical objects and linked through wired and wireless networks via the Internet Protocol. In manufacturing, the potential for cyber-physical systems to improve productivity in the production process and the supply chain is vast.”[4] That potential remains vast and largely untapped. Research by Stephanie Jernigan, and Sam Ransbotham (@Ransbotham), who teach at the Carroll School of Management at Boston College, confirm the Internet of Things remains in its earliest stage. They report 60% of the organizations responding to a global survey do not yet have an active IoT project.[5] To read more about how the IoT is transforming the business landscape, read my article entitled “The Internet of Things: Already Here and Changing Industry.”

The Internet of Things is predicted to connect billions of devices and these devices will generate an explosion of data that will make the term “Big Data” seem quaint. Data by itself is useless. Data only becomes valuable when it is analyzed. Because such vast amounts of data are going to be generated in the Industry 4.0 era, advanced analytics capabilities found in artificial intelligence systems (primarily in the form of cognitive computing) are going to be required. I define cognitive computing as a combination of Semantic Intelligence (which includes machine learning, natural language processing, and ontologies) and Computational Intelligence (i.e., advanced mathematics). As Shacklett noted, data will be generated in both structured and unstructured formats. Cognitive computing systems can gather, integrate, and analyze both forms of data. As a result, they can automate processes, make routine business decisions, provide a single database to improve corporate alignment, and provide decision makers with actionable insights. Simply put, cognitive computing will provide the brains of Industry 4.0 and the IoT will provide the central nervous system. Looking at the Boston Consulting Group’s list of fundamental technologies driving Industry 4.0, many of them (e.g., cybersecurity, the cloud, augmented reality, big data and analytics, autonomous robots, simulation, and horizontal and vertical system integration) will rely heavily on cognitive computing. Andy Szal (@SzalABM) reports, “One quarter of global manufacturers participating in a recent survey have already deployed artificial intelligence and cognitive computing technologies.”[6]

If cognitive computing and the IoT represent the brain and nervous system of Industry 4.0, sensors and the things to which they are attached represent the organs and appendages that provide situational awareness and take action. Shacklett observes, “To execute the smart manufacturing vision, enterprise systems must be modified so they can interface with and monitor IoT sensor-based technology, along with a host of disparate manufacturing, logistics, procurement, order, and other systems that must be integrated into a single back plane system.” A press release from Juniper Research reports the company’s research predicts “the number of IoT (Internet of Things) connected devices will number 38.5 billion in 2020, up from 13.4 billion in 2015: a rise of over 285%.”[7] The press release continues, “While IoT ‘smart home’ based applications grab media headlines, it is the industrial and public services sector — such as retail, agriculture, smart buildings and smart grid applications — that will form the majority of the device base. This is due in no small part to a much stronger business case for these types of applications.”

Two types of “robotics” are involved in the Fourth Industrial Revolution. The first type involves physical robots. These physical robots include those that will completely assume certain tasks (like robots used on automobile manufacturing lines) and “cobots,” robots that will work side-by-side with human cohorts. The second type of robotics involve software and are commonly referred to as Robotic Process Automation (RPA). Physical robots have changed the face of manufacturing forever. The floors of “smart factories,” a characteristic of Industry 4.0, will be filled with robots rather than human workers. Your grandfather’s manufacturing job will not be returning. Concerning RPA, Neil Kinson (@nkinson), Chief of Staff at Redwood Software, states, “When we talk about robotics, we are no longer talking about basic machines that replicate human activity, but an opportunity to re-imagine business processes and their interdependencies. We are no longer plugging in ‘dumb’ machines, but integrating smart technology with built-in understanding of the end-to-end process and best practice.”[8] Both types of automation are aimed at increasing efficiency, reducing errors, and taking over jobs that many humans consider drudgery. That has historically been the pattern and it’s not going to change.

Additive manufacturing (more commonly referred to as 3D printing) continues to make inroads in the manufacturing sector. Additive manufacturing provides two big advantages. First, it can bring manufacturing closer to consumers and, second, it can be easily customized. Boston Consulting Group analysts, Harold L. Sirkin, Michael Zinser, and Justin Rose, explain, “Advanced-manufacturing technologies can boost productivity in a number of ways. They dramatically increase flexibility by making it feasible for manufacturers in some industries to offer customers the option to ‘have it your way.’ Manufacturers can also make products in small batches for specific customers, adjust production lines in response to design changes, and even speed time to market by generating prototypes very quickly. Advanced-manufacturing technologies can boost innovation, too, by allowing manufacturers to create new kinds of products that can’t be made cost effectively with conventional processes. They also permit manufacturers to produce high-quality goods made to buyers’ exact specifications. What’s more, these processes are good for the environment because they often consume fewer raw materials and generate less scrap. They improve safety as well, by exposing workers to fewer hazardous materials.”[9]

“Throughout the world,” write Boston Consulting Group analysts Markus Lorenz, Daniel Küpper, Michael Rüßmann, Ailke Heidemann, and Alexandra Bause, “companies recognize that their success depends on adopting the new digital industrial technologies that are collectively known as Industry 4.0.”[10] There remain a number of challenges to overcome before the Fourth Industrial Revolution succeeds. Solutions to all of those challenges are being actively pursued by numerous stakeholders. I can’t predict how long it will take for the Industry 4.0 vision to be realized; but, my guess is will be within the next two decades. Shacklett concludes, “As big data and IoT remakes factories into optimized and highly automated plants, goods will achieve greater speeds to market, with stepped up profits for companies since more goods can be routed to market faster. … This potentially opens up greater market opportunities for companies and more options for consumers — which benefits everyone in the value chain.”