Home » Artificial Intelligence » Without the Internet of Things there is no Industry 4.0 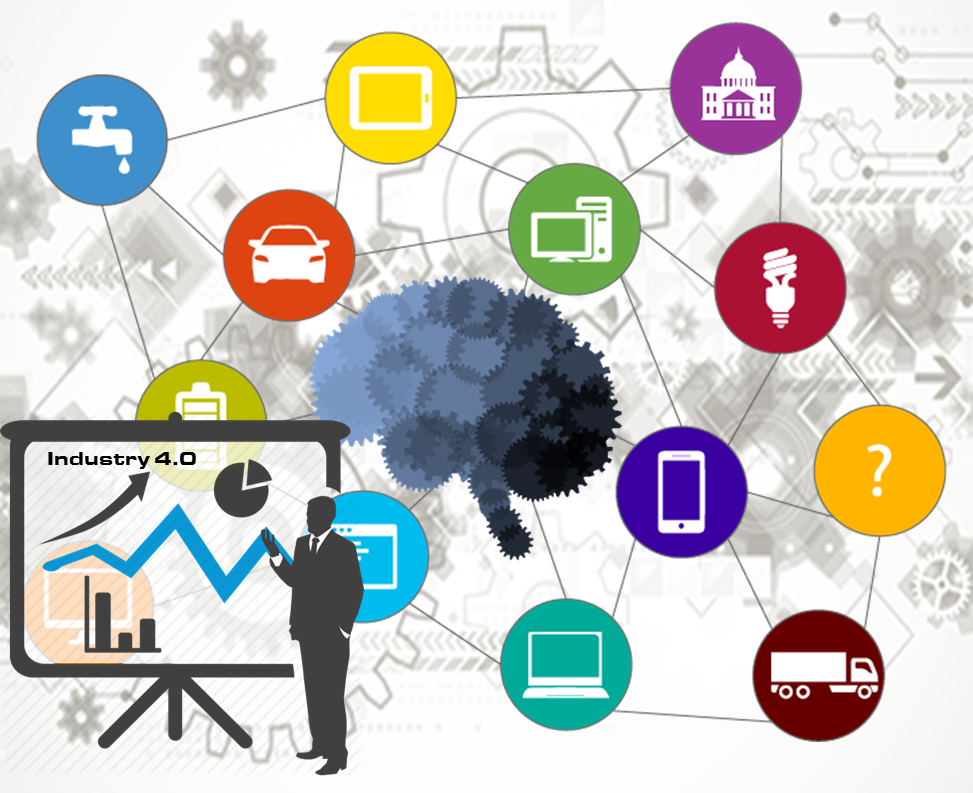 Without the Internet of Things there is no Industry 4.0

“By 2020,” Bob Violino (@BobViolino) reports, “more than half of major new business processes and systems will incorporate some element of the Internet of Things (IoT), according to Gartner Inc.”[1] Frankly, that is a stunning prediction. To make that prediction a reality, industry has less than four years to overcome some significant IoT challenges including standardization and security. And Megan Crouse (@abmdigi) reports a recent survey found that only 22 percent of companies “are moving forward with implementing IoT-driven processes, services or products. The majority of companies list themselves as ‘considering,’ or having discussions about how IoT could affect their organization.”[2]

No one doubts the Internet of Things will continue to mature or that millions of more devices will connect to it over the coming years. But industry has to be smart — as well as careful — to ensure the IoT lives up to its hype. McKinsey & Company analysts, Jacques Bughin, Michael Chui (@mchui), and James Manyika explain, “When physical assets equipped with sensors give an information system the ability to capture, communicate, and process data — and even, in a sense, to collaborate — they create game-changing opportunities: production efficiency, distribution, and innovation all stand to benefit immensely.”[3] Those game-changing opportunities include the advent of a new industrial revolution (aka Industry 4.0). Without the Internet of Things there is no Industry 4.0. That’s why GE prefers the term Industrial Internet.

The fact that people can’t agree on a term for the network that will lie at the heart of next industrial revolution underscores why it may take a few years for Industry 4.0 to mature fully. Over a decade and half ago, my friend Dr. Thomas P.M. Barnett offered a great name — the Evernet — but his idea was ahead of its time.[4] Cisco also believes the distinction between the IoT (a machine-to-machine network) will merge with the World Wide Web (the human-to-human network) to form the Internet of Everything. Bruce Schneier (@schneierblog), Chief Technology Officer of Resilient Systems, prefers the term World-Sized Web. “The World-Sized Web,” he writes, “is more than just the Internet of Things.”[5] Diego Tamburini (@DiegoTamburini) asks, “Why is industrial IoT different from manufacturing IoT? And why is it called IoT, implying that things connect only over the Internet, which is definitely not the case? Confused? Don’t worry, so is everybody else.”[6] Tamburini believes confusion over what to call the IoT shouldn’t be misconstrued to mean there is confusion about the essential nature of the IoT. “At the core,” he writes, “the IoT is about things (devices, machines, buildings, et cetera) that [have four essential characteristics].” They:

That combination of capabilities is going to generate massive amounts of data. But, as we all know, data lying fallow in a data base is meaningless. The spark that will ignite the Industry 4.0 revolution is advanced analytics, which are really what will make factories and machines smart. Bughin, Chui, and Manyika explain, “IoT’s impact is already extending beyond its early, most visible applications. A much greater potential remains to be tapped.” That potential includes creating business-to-business (B2B) value, operations optimization, and new business models.

Bughin and colleagues predict, “Business-to-business applications will account for nearly 70 percent of the value that we estimate will flow from IoT in the next ten years. We believe it could create as much as $11.1 trillion a year globally in economic value in nine different types of physical settings. Nearly $5 trillion would be generated almost exclusively in B2B settings: factories in the extended sense, such as those in manufacturing, agriculture, and even healthcare environments; work sites across mining, oil and gas, and construction; and, finally, offices.” Violino notes that one reason analysts are sanguine about the growth of the Internet of Things is because the cost to connect things is falling. “The impact of the IoT on consumers’ lives and corporate business models is quickly increasing as the cost of ‘instrumenting’ physical objects with sensors and connecting them to other things such as devices, systems and people continues to drop.”

The McKinsey analysts note, “Investing in IoT hardware — from sensors embedded in manufacturing equipment and products to electronically tagged items along the supply chain — is only the starting point of the value equation. The biggest competitive gains come when IoT data inform decisions. Our work shows that most of the new business value will arise from optimizing operations. For example, in factories, sensors will make processes more efficient, providing a constant flow of data to optimize workflows and staffing.” Schneier explains that there are two parts to the smart “things” that will connect to the IoT. “One part will be sensors that collect data about us and our environment. … The other part will be actuators.” As Bughin and his colleagues explain, the actuators (i.e., the side of things that actually use data to do something) are where the revolution will take place. Because of the enormity of the data needing to be analyzed, artificial intelligence (particularly AI used in cognitive computing systems) will play a major role in decision making and optimization.

“IoT can also spur new business models that would shift competitive dynamics within industries,” the McKinsey analysts observe. “One example is using IoT data and connectivity to transform the sale of industrial machinery and other goods into a service.” Another name for this goods-as-a-service model is the circular economy. A couple of years ago, a World Economic Forum (WEF) report entitled “Towards the Circular Economy: Accelerating the scale-up across global supply chains”, stated, “Linear consumption is reaching its limits. A circular economy has benefits that are operational as well as strategic, on both a micro- and macroeconomic level. This is a trillion-dollar opportunity, with huge potential for innovation, job creation and economic growth.”

The McKinsey analysts observe, “IoT will challenge traditional organizational roles as information technology becomes widely embedded across assets, inventories, and operations.” In fact, some analysts predict that organizational structures developed and refined during the industrial age are going to be completely disrupted as companies transform into digital enterprises. John K. Waters (@johnkwaters) writes, “Analyst Clive Howard, who keeps an eye on the mobile and IoT space for UK-based Creative Intellect Consulting, expects 2016 to be the year most companies figure out what all this stuff actually means for their businesses. Projects that have hovered mostly around the edges will find their way into the heart of the enterprise, and a few — IoT, cognitive computing and cloud — will mature as a ‘progressive few’ organizations ‘begin to shape them into exciting new products that will start to appear in 2016 but really emerge in 2017+,’ he said. Howard also expects IoT to continue to pull in developers, both consumer and enterprise, with the action heating up on the enterprise side.”[7] The future looks bright for the IoT and the companies that can figure out how it best fits into their business model. I suspect, however, it may take a decade before the IoT matures to point where hype becomes reality.