Home » Base of the Pyramid » Giving with Confidence

One last post on this week’s theme of charitable giving. When Warren Buffett offered a large portion of his fortune to the Bill & Melinda Gates Foundation, he underscored the fact that donating money wisely (meaning to organizations that will spend it well) is not as simple as one might think. After every major catastrophe, scam artists emerge and set up phony charities. The only people who benefit from those charities, however, are the people who set them up. Stephanie Strom reports that two young, former hedge fund executives have set out to solve that problem for people who want to make sure that their money goes where it can help the most [“2 Young Hedge-Fund Veterans Stir Up the World of Philanthropy,” New York Times, 20 December 2007].

“As hedge-fund analysts, Holden Karnofsky and Elie Hassenfeld made six-figure incomes deciding which companies to invest in. Now they are doing the same thing with charities, for a lot less pay. Mr. Karnofsky and Mr. Hassenfeld, both 26, are the founders and sole employees of GiveWell, which studies charities in particular fields and ranks them on their effectiveness. GiveWell is supported by a charity they created, the Clear Fund, which makes grants to charities they recommend in their research. Their efforts are shaking up the field of philanthropy, generating the kind of buzz more typically devoted to Bill Gates and Warren E. Buffett, as charities ponder what, if anything, their rigorous approach to evaluation means for the future.”

Karnofsky and Hassenfeld got into the assessment business because they had become relatively wealthy working with a hedge fund and wanted to start giving something back.

“Mr. Karnofsky and Mr. Hassenfeld met at Bridgewater Associates, an investment management company in Westport, Conn., which they joined at roughly the same time. In the fall of 2006, they and six colleagues created what Mr. Karnofsky calls a ‘charity club.’ Each member was assigned to research charities working in a specific field and report back on those that achieved the best results. They were stunned by the paucity of information they could collect. ‘I got lots of marketing materials from the charities, which look nice, you know, pictures of sheep looking happy and children looking happy, but otherwise are pretty useless,’ said Jason Rotenberg, a former member of the club and now a $50,000 donor to the Clear Fund. ‘It didn’t seem like a reasonable way of deciding between one charity and another.’ By the end of that year, Mr. Rotenberg and other club members were frustrated, but Mr. Karnofsky and Mr. Hassenfeld soldiered on, at once fascinated and discontented by their inability to get data that would illustrate charities’ impact. ‘There are huge foundations out there whose job it is to find great organizations doing great things,’ said Robert Elliott, a club member who is now the Clear Fund’s chairman, ‘but when you call them and say you’d like to leverage the information they’ve already collected to make a smart donation, it’s a closed book.'”

“‘I think in general it’s a good thing,’ said Thomas Tighe, president and chief executive of Direct Relief International, an agency that GiveWell evaluated but did not recommend. Like others in the field, however, Mr. Tighe has reservations about GiveWell’s method, saying it tends to be less a true measure of a charity’s effectiveness than simply a gauge of the charity’s ability to provide data on that effectiveness.”

One of things often measured about charitable organizations is the percentage of donated funds that goes towards toward overhead instead of being applied against relief or development. The irony is that the more information that groups like GiveWell request the higher the administrative costs of providing that information. Don’t get me wrong. Applying standards against which organizations can be measured is a good thing, but the cost of providing that information must be taken into account. It’s almost a Catch 22 situation.

“GiveWell’s findings are available on the Internet, without charge, at www.givewell.net. In evaluating charities, Mr. Karnofsky and Mr. Hassenfeld press them for information, analyzing the numbers in much the same way they did at Bridgewater. The Smile Train, for instance, a charity that repairs cleft palates, was asked how much it spent in each region and each country to treat how many patients in each. Mr. Karnofsky and Mr. Hassenfeld argue that widely available existing systems for charity evaluation, which rely largely on the charities’ tax forms, known as 990s, are basically worthless because charities are given wide latitude in how they classify information. For example, some charities count fund-raising costs as money spent on programs. Charity Navigator, a Web site that rates charities based on their tax forms and has some five million users, is Mr. Karnofsky’s particular bête noire. ‘I have literally read thousands of 990s, and they tell you nothing about whether a charity helps people,’ he said. ‘I can tell you exactly how to get a four-star rating on Charity Navigator without doing anything charitable at all.’ Trent Stamp, the president of Charity Navigator, is put off by their approach. ‘I truly do wish them well,’ Mr. Stamp said, ‘but the way they’re going about it seems a bit counterproductive to me. I’m not sure why they feel the need to tear down those who are also attempting to help donors, nor why they need to tell donors who use those services that they’re stupid.’ Many in the field question how long GiveWell can survive. While 34 percent of wealthy donors who responded to a survey sponsored by the Bank of America said they wanted more information on nonprofits, almost three-quarters said they would give more if charities spent less on administration. And collecting information is costly.”

GiveWell finds itself in a similar Catch 22 situation. Although people want to know which of the many charities out there are worthy of receiving their donation, they don’t want to donate to a company that helps them determine how best to donate. Organizations like GiveWell also understandably irritate any charity they don’t recommend. It’s thankless, if worthwhile, work. One group that could benefit from GiveWell’s work (and could afford to pay for it) is the Global Philanthropists Circle [“The Most Elite Club in the World,” by Aili McConnon, BusinessWeek, 26 November 2007 print edition].

“It’s one of the most exclusive clubs anywhere, which is why you’ve probably never heard of it. Members come from 68 of the wealthiest families in 22 countries. Many are connected to business dynasties around the world. The point of the club: to give away money so that it has the greatest long-term impact on pressing global issues. ‘Most philanthropists, even experienced ones, say that it’s harder to give money away effectively than it is to make it,’ says Beth Cohen, director of the Global Philanthropists Circle (GPC).”

In yesterday’s post [Philanthropy at the Top of the Economic Pyramid], I talked about how the newly sprung super wealthy are trying to use their money for good. The GPC is made up of people with new and old money.

“The GPC is the brainchild of Peggy Dulany, 60, and her father, David Rockefeller, a grandson of Standard Oil founder John D. Rockefeller Sr. While it’s common now for philanthropists to partner with one another, Dulany’s six-year-old Circle was one of the first to try such collaborations. She recognized early on that philanthropy was becoming more global. Worldwide giving by the superrich reached $285 billion last year, according to a Merrill Lynch/Capgemini study. But with so many big new gifts, there’s more waste as philanthropists struggle up a learning curve. Dulany saw a need for an organization that would allow givers around the world to meet, exchange ideas and strategies, and work together to take on increasingly complex issues. Today the Circle’s members, who pay $25,000 in annual dues, include such U.S. families as the Hewletts, the Gunds, and Ted and Vada Stanley, newcomers to this year’s ranking of philanthropists. Overseas members include the Lopez family, one of the wealthiest Filipino business clans; Marcos de Moraes, a newly minted Internet millionaire from Brazil; and the Benjelloun banking family from Morocco. The chance to socialize with one another is a big part of the GPC’s appeal. As befits such an illustrious group, these encounters are often held at Rockefeller family estates. Recent gatherings have included an evening gala at a Park Avenue ballroom. Bill Gates Sr. was a panelist. Glenn Close, a friend of Dulany’s who has traveled with her, stopped by. Richard Gere, a former GPC member, skipped this year’s event. Every summer the GPC offers a weeklong retreat at Dulany’s 9,000 acre Montana ranch. The agenda includes three days of camping solo in the wilderness. Participants can either fast or take along subsistence rations of fruits and nuts to munch on as they meditate on their philanthropic goals. Next spring 40 members will visit a Rockefeller-owned island off the coast of Maine. Shorter sessions are held at the Tudor-style Playhouse on the Rockefeller estate in Tarrytown, N.Y., where members share details of their projects in the morning, followed by tennis or bowling in the afternoon.”

The GPC is not primarily a social club, although McConnon details the amazing globetrotting trips the group takes.

“The swanky settings and the chance to mix it up with celebrities raise the question of whether members are in it for the philanthropy or the fun. At their most noble, the GPC and networks like it provide a way for donors to share their successes and learn from one another’s mistakes as they wrestle with issues that transcend borders. At their worst, they’re a tax-deductible vanity. ‘These networks are a great idea if people are serious about it,’ says Trent Stamp, president of Charity Navigator, a nonprofit charity evaluator. ‘But if it’s just an excuse to bring rich people together to network and pursue for-profit endeavors, then they’re an expensive waste of time.’ The GPC believes that introductions to the world’s rich and powerful can turbocharge a philanthropic project. Besides, Cohen says, if a donor is considering putting hundreds of millions into a cause, the fees are a small price to pay. … Charity Navigator gives the GPC’s parent, Synergos, an overall rating of three out of four stars — administrative costs bar it from top marks. Its fans say that’s an outdated measurement that fails to capture the real value of a network like the GPC. Sexwale, for example, says he could never duplicate the networking and access to experts if he were operating on his own. His fellow South African, Appelbaum, echoes the sentiment: ‘If I learn about someone else tackling the same problem in a brilliant way, I can fast-track what I’m doing by taking a leaf out of their book. I don’t have to reinvent the wheel. Well, that’s priceless.'”

There is an immense amount of wealth being donated to non-profit organizations right now. As globalization continues to create new super-wealthy individuals, more opportunities for philanthropy will emerge. I’m encouraged that some of these wealthy donors are seriously considering best practices, taking advantage of lessons learned in the past, and looking for impact rather than name recognition. That impact, however, should be measured in terms of improved and sustainable life styles — which means education, health, and jobs must be right at the top of those lists. 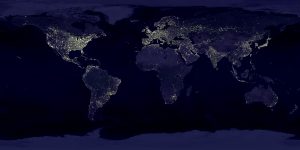