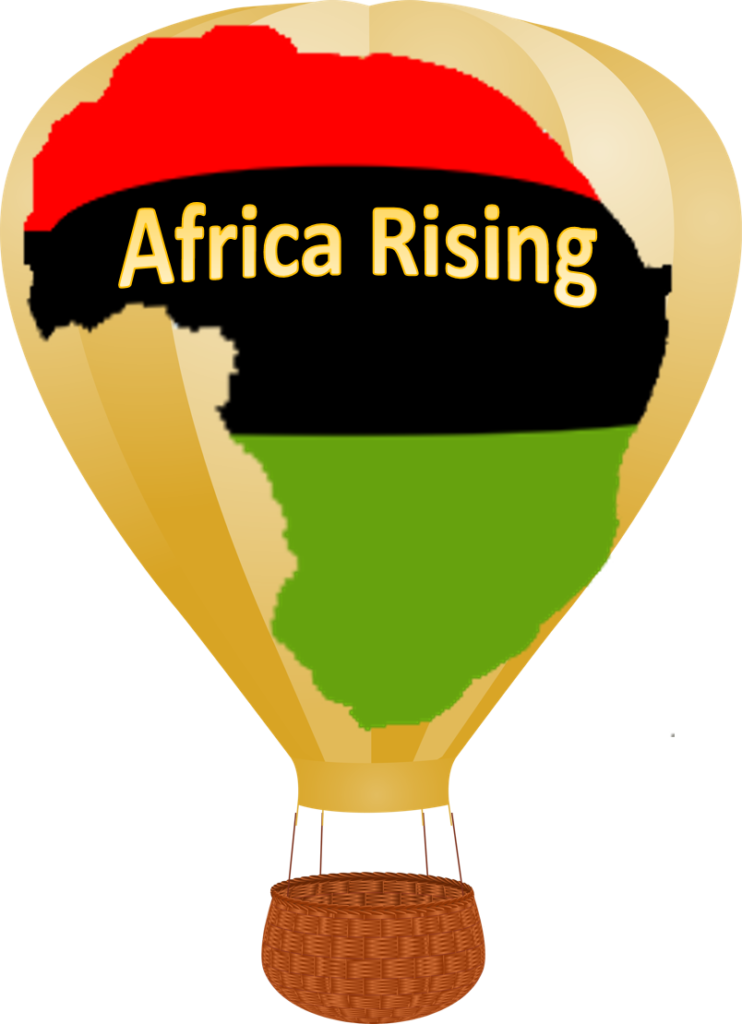 When westerners read a news story about Africa, the narrative generally involves poverty, disease, conflict and/or bad governance. That constant drumbeat of bad news causes many people to turn a blind eye on the continent. I’ve been writing articles about Africa’s potential for over a decade; but, like so many others, I have been disappointed that the promise of better times always seems just out of grasp. I’m not alone in my feelings. “For years now,” write Clayton M. Christensen (@claychristensen), Efosa Ojomo (@EfosaOjomo), and Derek van Bever (@van_bever_derek), “business leaders and investors from around the world have waited for the Africa Rising narrative to shift from promise to reality. The continent has understandably been the focus of increasing investment and attention since the turn of this century. With a young, urbanizing population; abundant natural resources; and a growing middle class, Africa seems to have all the ingredients necessary for breakaway growth — perhaps even outstripping the so-called tiger economies of East Asia a generation ago. Indeed, a 2010 report by the McKinsey Global Institute titled ‘Lions on the Move’ expressly made this comparison, forecasting that consumer spending on the continent would grow by 40%, and GDP by $1 trillion, from 2008 to 2020. And yet this tantalizing vision has remained just that — a dream perpetually around the next corner.”[1]

The Myth of a Homogeneous Continent

Africa is a huge continent and African nations are extremely diverse. Despite Africa’s rich diversity, reading today’s headlines one would think that Africa is a single nation. One cannot truly grasp what’s happening on the African continent unless each African nation is analyzed individually to determine its unique capabilities, resources, and governance. A few years back, Katrina Manson (@KatrinaManson) argued the temptation to lump Africa nations together was understandable. Lumping African countries together makes Africa look inviting. She wrote, “In the eyes of hopeful investors, the continent is now a territory of 1bn consumers, set to grow faster than any other region.”[2] Perpetuating this illusion of African homogeneity, she explained, is neither convincing nor illuminating. Christensen and his colleagues observe that companies with executives who believed the illusion were disappointed. “A number of major business enterprises have recently departed from the continent,” they report, “their leaders discouraged by the same obstacles that have confronted would-be investors for years: widespread corruption, a lack of infrastructure and ready talent, and an underdeveloped consumer market.” As the discussion continues below, keep in mind that strategies for doing business (and prospects for growth) vary country by country.

The Need for a Growing African Middle Class

Another way of describing an underdeveloped consumer market is one lacking a robust middle class. Tom Jackson explains part of the problem is that there is no universally accepted definition of what constitutes a middle class income.[3] “The [African Development Bank (AfDB)],” he reports, “defines it as people spending between $2 and $20 per day.” By that measure, Jackson reports the AfDB claims there are “313 million people — or 34 percent of the continent’s total population.” The Standard Bank, on the other hand, insists “only 15 million households in the 11 largest Sub-Saharan African economies fall into the bracket.” According to Jackson, the EIU Canback is more in line with the Standard Bank than the AfDB. It asserts “the African middle class rose to 6.2 percent of the continent’s population in 2014, up from 4.4 percent in 2004.” He notes the AfDB does have a sub-category it calls the “stable middle class,” which in 2011 encompassed 123 million people. Despite the lack of agreement about the size of Africa’s middle class, Jackson the banks agree “Africa’s consumer market is burgeoning and bringing with it increased opportunities on the continent.”

Regardless of whether Jackson’s optimistic view or Christensen’s more somber view about a burgeoning African middle class view is correct, everyone agrees Africa requires a growing middle class to spark continued economic growth. Jackson explains, “International interest in Africa is only set to increase as the middle class — however we define it — continues to grow. The AfDB says there will be 1.1 billion middle class Africans by 2060, while McKinsey Global Institute thinks African consumer spending will hit $1.4 trillion as soon as 2020.” Angel investor Eric Osiakwan told Jackson, “The middle class has an unquenchable taste for technology innovation, but we have seen this now at the bottom of the pyramid markets especially, because in their case it is providing a livelihood. So as technology lifts people out of poverty into the middle class we would see an expansion that pulls in a level of momentum that would generate a tipping point effect somewhere in the 21st century.”

Osiakwan is not alone in pointing to the bottom of the economic pyramid as the place to begin turning promise into reality. Wim van der Beek (@wellgoodwim), founder and managing partner of Goodwell Investments, writes, “The ‘Africa Rising’ narrative is increasingly giving way to that of ‘Aspiring Africa’, as the Base of the Pyramid (BoP) shrinks and the new middle class burgeons. Central to this new narrative is inclusive growth: the idea that economic growth must come with equitable opportunities for all participants, with benefits enjoyed by every section of society.”[4] Christensen and his colleagues also agree. They note, “We have … been tracking the success of some innovators in Africa that flout the conventional wisdom — by building franchises to serve poorer segments of the population; creating markets that tap the vast opportunity represented by nonconsumption; internalizing risk to build strong, self-sufficient, low-cost enterprises; and integrating operations to avoid external nodes of corruption. Their experience paints a hopeful picture of an Africa that can indeed fulfill the promise of prosperity.” Van der Beek insists the creative use of technology will be the primary driver of growth in Africa. He explains:

“Africa is seeing the same technology innovations that are emerging in developed countries, however, they are used in a unique manner. In Africa, technology is not replacing or assisting existing infrastructure; it is creating the infrastructure where there is none. Brick-and-mortar clinics, schools and grid-powered electricity are not in place across vast swathes of the continent. And they will not reach every rural village or urban slum in the future. Instead, these services will be provided more and more through innovative mobile technologies, reducing the need for expensive physical infrastructure. In its ability to democratise and increase access to more affordable services that have, until now, remained inaccessible to the majority of Africans, technology has the potential to play a huge role in ensuring inclusive growth on the continent, opening up new opportunities for aspiring Africans.”

One of the things the penetration of technology (especially smartphones) has given consumers at the bottom of the pyramid is access to products not previously available to them. According to Christensen and his colleagues, this “pull demand” will affect how companies operate on the continent. They explain, “The fundamental advantage of pull over push development is that the market is assured — there is no uncertainty about whether sufficient demand exists. When innovators develop products that people want to pull into their lives, they create markets that serve as a foundation for sustainable growth and prosperity.”

Many African countries are still struggling with frontier economies. They struggle with poor governance, lack of infrastructure, and few skilled workers. This has disappointed many large companies that have tried to operate there and dissuaded other companies from trying. Christensen and his colleagues believe a fundamental flaw with past approaches has been the fact that marketing efforts have been aimed at middle class consumers. The best prospect for growth, they assert, lies at the bottom of the pyramid. They explain, “Pull strategies driven by market-creating innovators have been behind the migration from poverty to prosperity in Taiwan, South Korea, Singapore, and Hong Kong — the four Asian tigers — whose leading companies have consistently focused on low costs over high margins and on creating markets by targeting nonconsumption.” If Africa is to rise, the aspirations of those at the bottom of the pyramid must be tapped.