Home » Innovation » Corporate Innovation: Do Your Employees Have the Right Personality Traits? 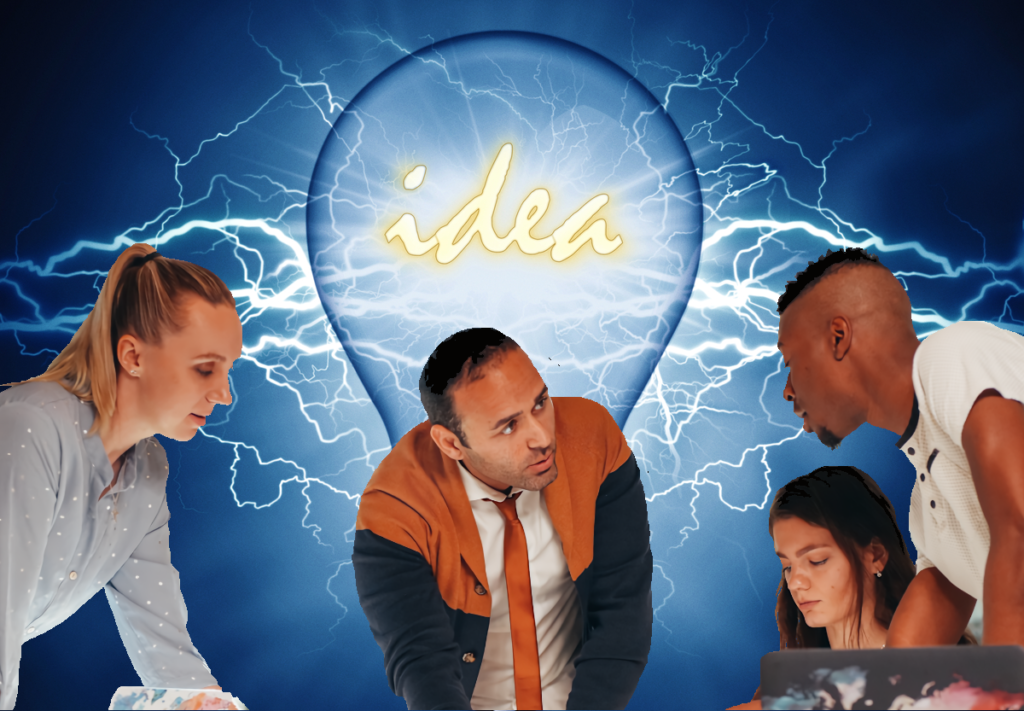 Innovation is a fascinating topic which often involves discussions about corporate processes or corporate culture without focusing on people. In an earlier article about the roles people play in innovation, I observed, “In today’s corporate environment, putting together an innovation team made up of a diverse group of people from different disciplines — each playing a role — is one of the best ways to foster the chances of success.”[1] In that article, I identified ten critical “roles” that people must assume. Those roles are: the explainer; the know-it-all; the crazy idea person; the questioner; the devil’s advocate; the futurist; the storyteller; the consolidator; the administrator; and the killer.

Assuming a role, however, doesn’t say very much about the character traits or personality of the person assuming that role. Mauro Porcini, Senior Vice President and Chief Design officer at PepsiCo, insists, “Today, innovation is a more urgent need than it was 20 or so years ago because products and brands that don’t fulfill people’s desires are likely to fail.”[2] And, he asserts, if you want to succeed at innovation, the most important thing you can do is find the right people with whom to work. “This,” he says, “is the most important driver of all.” He adds, “Do your research and try to understand what the key skills are that you need in these people. I call these individuals ‘unicorns.’ They are ‘people in love with people,’ exceptional humans with a human-centered innovation mindset.” In addition to having a love for other people, experts have identified a few other traits that make great innovators. Some of those traits are discussed below.

Imagination. Martin Reeves, Chairman of the Boston Consulting Group’s Henderson Institute, and Jack Fuller, CEO at Archive, observe, “Big businesses often struggle to make use of imagination.”[3] Imagination, however, is not a corporate trait but a personal trait. They explain, “Imagination is the ability to think counterfactually. Rather than living in the realm of what is, imagination gives us the ability to explore the realm of what is not but could be, enabling us to conceive and create new things and to shape what is.” Three academics, Andy Wu, Goran Calic, and Min Basadur, have a name for people with imagination: Generators. They explain, “Generators find new problems and ideate based on their own direct experience. For them, physical contact with, and involvement in, the real-world alerts them to unresolved gaps and inconsistencies — problems that might be worth addressing as opportunities and possibilities.”[4]

Open-mindedness. Great innovators are open to new ideas and they have no problem listening to others. In fact, they might be called conversationalists. Robyn Bolton, Founder and chief navigator at MileZero, writes, “Innovation doesn’t start with an idea. It starts with a problem. Sometimes, those problems are easy to observe and understand, but, more often, those problems are multi-layered and nuanced. As a result, you need a multi-layered and nuanced approach to understanding them. You need to have EPIC conversations. EPIC stands for empathy, perspective, insights and connection.”[5] She adds, “The most successful and impactful conversations are those in which you are surprised and receive an unexpected piece of information that causes an ‘a-ha!’ moment.”

Ambition. The bigger a person’s aspirations the more likely they are to be a great innovator. Omar Abbosh, President of Industry Solutions at Microsoft, and Accenture analysts Vedrana Savic, and Michael Moore explain, “Effective innovators [focus] on solving big problems. … They also deliberately target consumers’ ‘higher needs’ — such as autonomy, happiness, and social connections.”[6]

Courage. Robert Overweg, Creative Director at Triple, notes, “The most important element of the road to innovation are the people you have in your team. You’ll need to find team members with an urge to push forward, while steering clear of those who say they’re interested in new things but subconsciously reject them, as research has shown, happens often.”[7] Designer Ayse Birsel calls these type of individuals revolutionaries. She writes, “Different sources call [such individuals] different things — a Reinventor, Disruptor, Provocateur, Innovator. [These individuals] revolutionize the way something is done. … [They are] positive, open-minded, and curious, [and] energized by new ideas. [They] see change as an opportunity, not as a challenge.”[8] They are courageous. There is an old phrase that goes: To get along, go along. That adage may be true; however, it underplays the importance of courage and speaking one’s mind. Scott Amyx, Managing Partner at Astor Perkins, insists a “go-along” attitude stifles innovation. He explains, “Consensus is an innovation killer. In the pursuit of consensus, we make concessions and trade-offs. The process produces less original thinking and less creative outcomes. We fail to make breakthrough innovation and we wonder why. Research shows that when a dissenting view is presented in a group, it raises the creativity of the group. Dissent promotes divergent thinking, enhances the quality of decision making and leads to better innovation.”[9]

I’m sure there are some other shared traits displayed by great innovators. It was never my goal to identify them all. Rather, I wanted to focus on how important people are in the innovation process. The myth of the lone genius has been roundly disproved. Where collaboration is encouraged, innovation has a better chance of succeeding. Overweg explains, “Your team needs to consist of people with different characteristics, including the ability to explore, design, tell stories, and understand technology. But even more importantly for your team, is to put developers and designers together. That’s when the real magic happens.” Porcini insists that your best innovators need to be tightly connected with your organization’s powerbase. “Give them the right positions to drive the proper credibility,” he writes, “and assign them a seat at the table.” Then, he suggests, you need to continue the hunt for more innovators. “Hunt for people in other functions of the organization that want to take a leap of faith and experiment with you.”