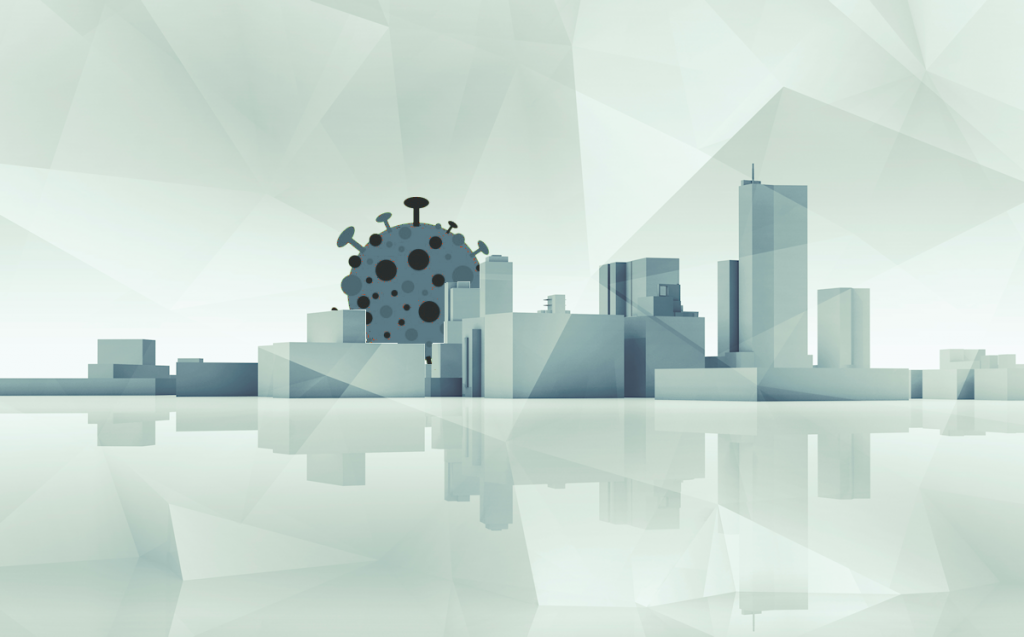 We’re all aware of the disruptions that the pandemic created in our lives. We are also aware that the repercussions of the pandemic spread far beyond health concerns. Several years before the pandemic erupted, Roei Ganzarski (@RoeiGanzarski), currently CEO of Alitheon, asked, “What will our cities look like in 2025?”[1] As he looked to future, he wrote, “The ‘smart city’ will only become a reality when the backbone of the city — the infrastructure and moreover, the software that will dynamically bring all these parts together for the efficient and responsible lives of the cities inhabitants — is in place and widespread.”

I like the backbone analogy, because the backbone is home to the spinal cord. The staff at the Cleveland Clinic explains, “Your spinal cord is a cylindrical structure that runs through the center of your spine, from your brainstem to your low back. It’s a delicate structure that contains nerve bundles and cells that carry messages from your brain to the rest of your body. Your spinal cord is one of the main parts of your nervous system.”[2] In Ganzarski’s analogy, the spine is the infrastructure, the software is the spinal cord and Internet of Things (IoT) connectivity, and the brain is a cognitive system (aka artificial intelligence) making sense of the generated data.

Although some smart city projects were derailed during the pandemic, the crisis also hastened our reliance on connected services. Ganzarski was prescient when he wrote, “Our society is becoming increasingly dependent on convenience-based, on-demand services for daily tasks like grocery shopping, meal delivery and hailing a ride. In fact, more than 22.4 million consumers currently use on-demand services and researchers believe by 2020, and almost one in five U.S. workers (the equivalent of 31 million people) will rely on the gig economy for employment. This projected growth creates a critical need for efficient, optimized, real-time dynamic software to support our IoT-driven lives.” Ganzarski may not have been spot on concerning the gig economy, but the rise of hybrid work means his point is still well made.

Shortly after Ganzarski wrote his article, the SmartCitiesWorld team wrote, “The market for smart cities is projected to exceed $2 trillion by 2025 with artificial intelligence (AI) forming a key cornerstone of the growth, a new report suggests. According to business consulting and market research firm Frost & Sullivan, next to AI, robotics, distributed energy generation, and personalized healthcare will be among technologies that will drive growth, efficiency, connectivity, and urbanization.”[3] The pandemic did nothing to derail any of those predictions. In fact, the CIO Review staff, writes, “Technology seeping into every crevice of governance and civic life has led to the emergence of smart cities — cities aided with technology and equipped to improve the quality of life and services. Smart cities ensure efficient transit systems, electricity distribution, and garbage collection through technology and data.”[4]

Like Ganzarski, most experts believe the IoT is essential the future of smart cities. IoT is set to grow into one of the smartest collective and collaborative systems in history. Matthew Margetts, Director of Sales and Marketing at Smarter Technologies, reports, “According to numbers from the ‘Improving Internet of Things Security with Software-Defined Network (SDN)’ study, there will be more than 75.44 billion connected IoT devices by 2025, over 7.33 billion mobile users by 2023, and more than 1,105 million connected wearable devices users by 2022.”[5] This connectivity is predicted to improve the quality of urban life in the following ways:

• Efficient utilization of resources. According to the CIO Review staff, “Smart cities have data at their disposal, which has its use to accurately and efficiently allocate and manage resources for the betterment of society.” Resource allocation will only be optimized when cities are able to integrate all their systems.

• Better energy usage. How energy is generated, distributed, and used has become a high priority for cities. The CIO Review staff writes, “Smart solutions for energy conservation is the need of the hours, and so is ample investments in clean and sustainable energy.” Margetts insists consumers have a large role to play in improving energy usage through the use of “smart home” devices “such as lights, fridges, and televisions.”

• Enhanced healthcare. The pandemic saw the rise of telehealth services. Margetts believes this trend will continue thanks to “wearable and nonwearable devices that can monitor and measure the activities of user health, measuring temperature, blood pressure, heart rate, blood sugar, and many other factors.”

• Faster emergency response. The CIO Review team notes, “Smart cities’ extensive usage of technology has been successful in making civic areas safer for residents through … Wi-Fi and Internet connectivity. … This has also decreased the time for emergency response and tracking incidents via CCTVs.”

• Improved environment. Cities have a major role to play in addressing climate change. To help in these efforts, Margetts notes that cities can use “intelligent sensors installed for the development of city infrastructure. These sensors control and monitor the conditions of the surroundings (such as air quality and lighting) to provide a healthier environment.”

Although there are numerous advantages to implementing smart city technologies, there are also some major concerns and hurdles that must be overcome.

The staff at CIO Applications insists the greatest challenge for smart cities will continue to be cybersecurity. They write, “As connectedness between smart cities grows, the impact of attacks could prove catastrophic. … The adoption of Artificial Intelligence and Machine Learning will introduce risks and advantages for smart cities.”[6] They go on to discuss three other challenges facing the smart cities movement:

• Poor interoperability. According the CIO Applications team, “City networks are evolving gradually; however, the networks do not work as efficiently as expected. Cities face the issue of incorporating older data into cloud services, bringing in mobility, waste management, air pollution, e-health solutions, and many more [systems] with continuous pressure on budgets.”

• Privacy concerns. There is growing opposition to what has been called the “surveillance society.” As a result, laws are being passed against the use of facial recognition technology. The CIO Applications team adds, “There will be a major retaliation against smart city technology … if citizens believe a surveillance culture is introduced.”

• 5G rollout. Many experts believe fifth generation (5G) telecommunications are essential to making the smart cities vision a reality. The CIO Applications team points out, however, there are disputes between federal, state, and local governments about who should control 5G implementation. According to the staff, “The U.S. Federal Communications Commission (FCC) tried to boost local city adoption, speeding up approval times and limiting the fees cities charge telecom companies to install 5G cells on their lamp-posts, traffic signals, and other [infrastructure].”

Unfortunately, too many people now associate the smart cities movement with a surveillance culture. To overcome this stigma, MIT’s Senseable City Lab (SCL) prefers the term ”senseable city” because it emphasizes the human aspect more than the term “smart cities.” The Lab notes, “The real-time city is real! As layers of networks and digital information blanket urban space, new approaches to the study of the built environment are emerging. The way we describe and understand cities is being radically transformed — as are the tools we use to design them.”[7] Margetts adds, “Connected smart city devices make everyday tasks easier and more efficient while relieving pain points related to public safety, traffic, and environmental issues. To make smart cities viable, the technology needs to be scalable, affordable, secure, and easy to deploy.”

Although the pandemic slowed urbanization, it did not halt it. Over the next few decades, 68% of the world’s population is expected to live in urban areas. That’s why the SmartCitiesWorld team concludes, “The creation of smart cities enables a smooth transition to urbanization, with technological advances helping municipalities optimize resources for maximum value to the population, whether that value is financial, savings in time, or improvement in quality of life.”