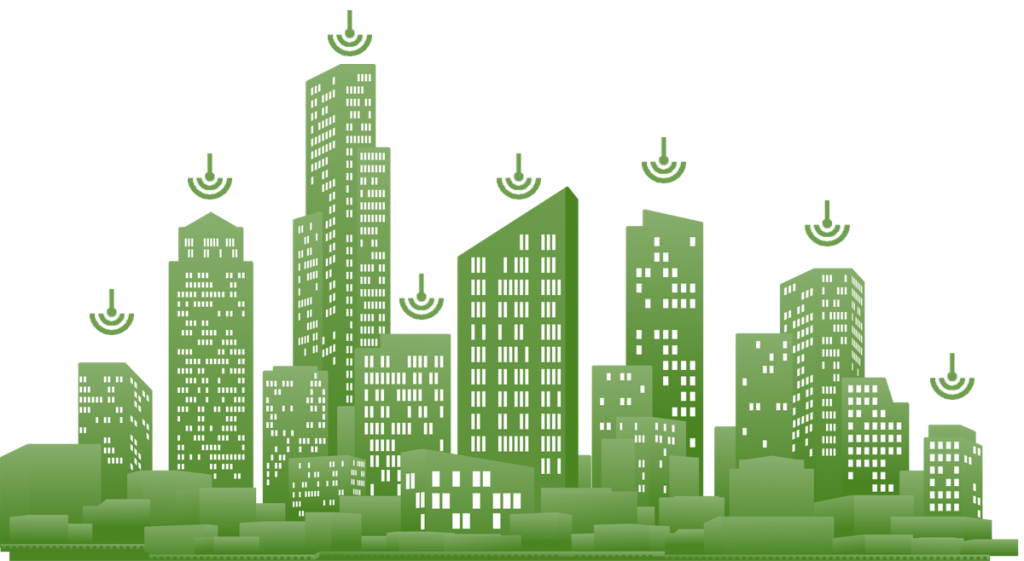 Creating a Smart City One Building at a Time

The world is urbanizing. Around 55% of the world’s population currently lives in urban areas, but that percentage is predicted to rise. According to the latest report from the Population Division of the United Nations Department of Economic and Social Affairs, by 2050 over two-thirds (68%) of the world’s population will live in cities. Arzu Tekir (@Arzu_Tekir), Co-Founder and Head of Strategy & Business Development at URBANARBA, writes, “This growth brings the need for constructing new buildings, roads and transportation systems. 75 percent of the infrastructure that will have been built by 2050 is inexistent today. Cities must already invest in an infrastructure that will bear for decades.”[1] Here’s the rub: Most urban growth (90%), according to the UN, will occur in Asia and Africa; areas that could struggle to find money to develop sustainably. Much of that growth (35%) will take place in three countries — India, China and Nigeria. For the sake of citizens (and the planet), development needs to be planned and smart technologies need to be leveraged.

Challenges faced by urban areas are unique and varied. To meet these challenges, governments, commercial interests, non-governmental organizations, and private citizens will have to work together following a step-by-step strategy. Smart city technologies are extremely adaptable; but, without a plan in place, a mismatch of poorly implemented technologies could result in sub-optimal results and costly corrections. Technology and infrastructure must work together to achieve smart city goals. John Gordon (@john_b_gordon), Head of Bose Consumer Division, explains, “Industrial companies are different from technology companies. … When you provide the foundation for the way the world’s systems work every day, you think differently. Water systems, energy systems, transportation systems and lighting systems all work for a very long time and require thoughtful planning about maintenance, commissioning, serviceability and physical security that pure technology companies don’t have to consider. Industrial companies also build shared infrastructure that is open to anyone approved by the city. That goes for both individuals and organizations.”[2]

Gordon’s point is that system providers, infrastructure developers, and technology companies must work closely together to achieve the best results. Each group brings a unique perspective to the table. Their combined expertise has the best chance of ensuring solutions can maximize benefits and effects. Gordon adds, “We can move from making City Hall work better to unleashing all of a city’s citizens to help each other live, work and play better. Shared infrastructure creates equity in opportunity for everyone from high school students to large companies, in neighborhoods of all types. To truly solve this issue, it’s going to take the work of digital industrial companies.” An industrial company can install streetlights, but a digital industrial company will make those streetlights smart. James J. Nolan, Executive Vice President for Products at InterDigital, observes, “Technology has brought city infrastructure to the forefront of our agendas — and increasingly citizens are embracing smart homes, and local and national governments are promoting smart technology initiatives, from smart street lighting to driverless public transport. There’s no denying it, smart cities are no longer a thing of the future. They’re very much here.”[3]

Creating a smart city one building at a time

As Tekir noted, 75% of the infrastructure that will be found in 2050 urban areas has yet to be built. This provides an enormous opportunity to ensure each new project leverages smart technologies and conforms to an overall urban strategy. Julie Song, President of Advanced RF Technologies, notes, “Each of the technologies being spotlighted as components of smart cities is already being incorporated into today’s architecture, as modern buildings are providing a quality testbed to identify and implement the technology that will shape the future of cities.”[4] City governments need to ensure every new building implements new technologies. At the same time, they can encourage owners and operators of current infrastructure to upgrade in order to improve overall efficiency. This one-building-at-a-time approach is the most affordable way to achieve smart city goals. However, without a plan, such efforts will ultimately achieve less than desirable results.

The primary purpose of incorporating technologies in new buildings and infrastructure is to make urban systems more efficient and effective. Those systems are the primary consumers of urban resources. IBM believes smart cities have six core systems: people; business; transport; communication; water; and energy. I would add a seventh system — waste management (which includes both trash and sanitation). The real benefits of making cities smart comes when data can be integrated to discover new relationships between systems. First and foremost that means smart cities are connected cities. Adie Tomer (@AdieTomer), a fellow at the Brookings Institution, and Rob Puentes (@rpuentes), President & CEO of EnoTrans, assert, “No industry or household in the world, will reach their future potential without access to broadband, it is the electricity of the 21st century.”[5]

The ubiquity of smartphones already connects most people — one of the seven “systems” mentioned above. The next step is connecting people to essential services. Both governments and commercial interests need to be involved in that effort. Other systems mentioned above need to be connected to the Internet of Things (IoT). The IoT is actually an ecosystem consisting of sensors (everything from streetlights to water meters) connected (via the IoT) to advanced analytics platforms (like cognitive computers). The greatest smart city benefits come from implementing insights gained from advanced analytics. Gale Morrison (@galebmorrison) explains, “Not everything will be connected, and not everything will be connected at once. Still, governments around the globe are beginning to tap into a world of connected devices and sensors for reasons ranging from cheaper lighting to less traffic, lower crime, and improved air quality. Smart cities encompass all manner of usage models and equipment — parking meters, traffic lights, power and water meters, mobile telephone networks, apps on every resident user’s handheld phone, including cameras and microphones. “[6] As Morrison notes, creating smart city connectivity is an incremental process; but, a broadband backbone is an essential first step.

Song reports, “IDC believes a massive influx of investment is coming into the smart city marketplace, with more than $28 billion funding expected in 2018. To better understand how this investment will be utilized, it’s possible to look at how architects and developers are incorporating connectivity and technology to alleviate concerns, improve safety and increase convenience. Today’s smart buildings are a leading indicator of what to expect in tomorrow’s smart cities.” Tekir adds, “This transformation is not a concern of only technology firms. Many industries ranging from construction and energy industries to financial institutions and health systems will need to transform. Development of new mechanisms and incentives that would support creativity and new ways of doing business will also enter the agenda of the private sector companies.” Transforming a city into a smart city can appear daunting. A step-by-step (or building-by-building) approach can make the transformation much less daunting. Nevertheless, a vision, supported by a strategy, is required to achieve the best results.