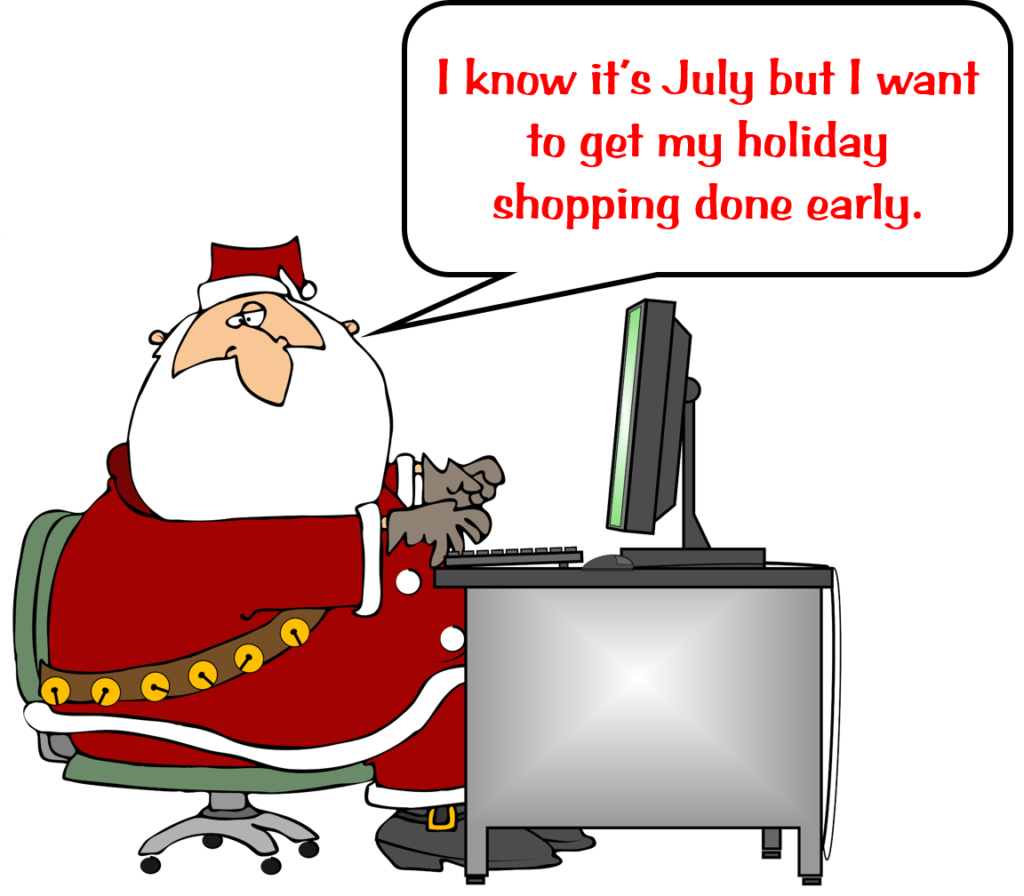 Historically, brick-and-mortar retailers in the United States eagerly anticipate the arrival of Black Friday — the day after the Thanksgiving holiday. Black Friday marked the beginning of the holiday shopping season and consumers were treated to special Black Friday sales and discounts. Stores were crowded with shoppers eager to take advantage of holiday bargains. With the arrival of e-commerce, online retailers wanted a piece of the holiday shopping frenzy and created Cyber Monday — the Monday following Black Friday. However, with the rise of the digital path to purchase, Cyber Monday has become redundant since every day is a cyber shopping day. Traditional stores have had to adjust to this new business environment by adopting omnichannel marketing strategies.

When does the Holiday Shopping Season Really Begin

Black Friday can no longer be considered the start of the holiday shopping season. The staff at Retail Dive reports 23% of shoppers aged 18 to 29 plan on doing most of their holiday shopping before Thanksgiving. Cara Salpini (@CaraSalpini) reports, a survey from RetailMeNot found 45% of shoppers in the U.S. plan on starting their holiday shopping by November 1st.[1] Dani Cushion, chief marketing officer at Cardlytics, told Salpini, “While a lot of marketers have put all of their eggs in the Black Friday basket, the spend has really flattened out.”[2]

Denise Lee Yohn (@deniseleeyohn), a leading authority on building and positioning brands, suggests retailers should ditch special holiday shopping promotions altogether. She explains, “The retail industry has been disrupted in practically every way imaginable. It’s about time that retailers also rethink their approach to the holiday shopping season. It no longer makes sense to rely on disproportionate revenue from the holiday season to make up for softness in sales during the rest of the year. Customers don’t want retailers to dictate their shopping schedule.”[3] She openly wonders which consumer segment is really targeted during the holidays. Wealthier shoppers, she notes, buy what they want when they want it. And “more price-sensitive shoppers are also changing their habits. RetailNext says that December traffic and sales are moving into January, which suggests that some shoppers are learning to wait for post-season sales. More and more shoppers across the retail spectrum are only frustrated by deals restricted to a certain timeframe (such as on Black Friday) or buying mode (such as in-store specials only).”

Although Yohn’s observations are interesting, the fact remains holiday shopping is important for most retailers. Salpini reports, “Black Friday and Cyber Week are going to be bigger than ever, with holiday shoppers each planning to spend an average of $743 during the week — a 47% increase from last year, according to new survey data from RetailMeNot.” Sarah Nassauer (@SarahNassauer) reports, “The National Retail Federation said it expects holiday retail sales, which excludes autos, gasoline and restaurants, to increase between 3.6% and 4% in November and December, up from $655.8 billion last year.”[4]

Holiday Shopping and the Digital Path to Purchase

Most indicators point to this holiday season being a boon for retailers. Unfortunately, not all retailers will feel the holiday glow. Nassauer reports, “Sales overall are likely to be strong over the winter holidays, buoyed by low unemployment and rising stock markets that help high-income shoppers feel flush, according to several retail industry groups and consultants. However, the dynamics challenging the industry will persist during the busy shopping season, as competition among retailers remains fierce and more shoppers buy online.”[3] The trend in retail sales is becoming clearer each day. Daphne Howland (@daphnehowland) reports a RetailNext study predicts, “Digital sales will rise 14.9% from last year, while brick-and-mortar stores can expect a 2.1% increase.”[5]

Howland reports a study published by Salesforce found, “More than ever this year, the buying will take place online: Black Friday will be the busiest digital shopping day in U.S. history, lapping Cyber Monday for the second year in a row.” One of the reasons for jump in online spending is the ubiquity of smartphones. Howland writes, “Shoppers will be on their phones a lot at the holidays. Mobile traffic to retail sites will grow to 60% globally, compared to 34% for desktop and 5% for tablets, Salesforce predicts, while orders placed on phones will approach 40% on big shopping days like Black Friday. That includes research, where the most used channels accessed before buying online include website (74%), email (43%), social media (38%) and a retailer’s mobile apps (36%).” In another article Howland reports, “Just 40% of shoppers plan to hit stores on the famous red letter shopping day, according to a nationwide survey of U.S. shoppers from marketing solutions firm Market Track.”[6] The news isn’t all bad for brick-and-mortar retailers. Howland reports, “A separate study by PwC found the number of shoppers planning to go to physical stores on Black Friday to be a full 9% higher, with 30% combining online and in-store shopping, and 19% shopping only in store.” However, even that study concluded the digital path to purchase is having a growing impact. “Nearly a third (30%) of consumers planned to do the majority of their Black Friday shopping only online, PwC found.”

Traditional retailers have learned they ignore the digital path to purchase at their own peril. Omnichannel operations have become the norm for most large retailers. As a result, writes Kate Taylor (@Kate_H_Taylor), “Black Friday is dying in the age of Amazon.”[7] Josh Elman, a consumer and retail analyst with Nasdaq Advisory Services, told Taylor, “I think the traditionalists will have a hard time stomaching that. But I think at the end of the day … the whole idea and concept of Black Friday deals in store will diminish over time.” The same holds true for Cyber Monday. In contrast to PwC’s prediction that in-store traffic will rise this year, Elman predicts “the number of people hustling to the stores for deals is only going to fall further this year.” Elman’s bottom line is this, “The whole idea of Black Friday and Cyber Monday … is becoming less relevant as the consumer is generally accustomed to great deals, or at least getting a deal” the year round. The fact remains, however, that people give more gifts during the holiday season than during other times of the year. That’s why I believe the holiday season will remain important for retailers. What’s really changing is when those gifts are purchased. The trend indicates gifts are purchased much earlier than has been the tradition and most of those gifts are purchased on line. Retailers must adjust to this new reality.