Home » Innovation » Wonder and Curiosity Make the World Go Around 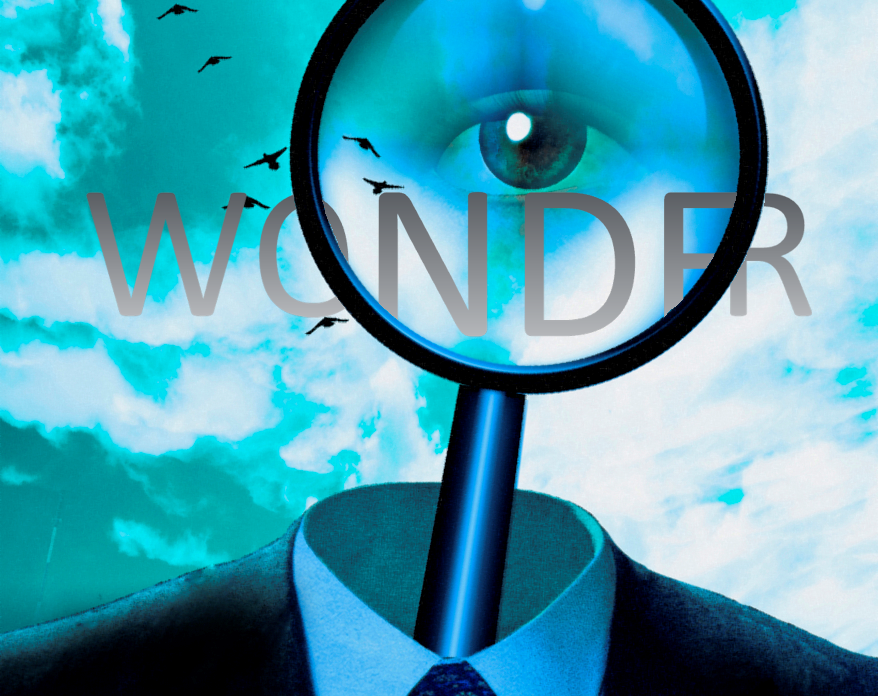 The Greek philosopher Socrates once stated, “Wonder is the beginning of wisdom.” And the late Elwyn Brooks (E.B.) White, who wrote Charlotte’s Web, which, in one poll, was voted the best children’s novel of all time, once advised, “Always be on the lookout for the presence of wonder.” The Oxford Languages Dictionary defines wonder as “a feeling of surprise mingled with admiration, caused by something beautiful, unexpected, unfamiliar, or inexplicable.” Often, the word “wonder” is married to the word “childlike.” Frank C. Keil, Charles C. & Dorathea S. Dilley Professor of Psychology at Yale University, writes, “Almost anywhere one looks, children seem to have a hunger for scientific explanations and adults have little appetite if any.”[1] What happens to our sense of wonder as we grow older? And, how does that loss of wonder affect our ability to innovate?

Fostering Our Sense of Wonder and Curiosity

Keil writes, “Most children’s spontaneous love of science fades by adulthood. Is it a problem with science itself? Does increasing familiarity with science and technology lead to disenchantment? Despite some claims to that effect, the real cause is a decline in wonder. Wonder is the engine that drives exploration and discovery, and, when it disappears, an infatuation with the workings of the world melts away.” He adds:

“We are all born with many essential ingredients of wonder — with inquisitive minds, fascinated by the world around us. Young children and even infants are naturally engaging in intuitive science every day, often with sophisticated methods. But that early bonfire of inquiry can shrink to a tiny flicker. This loss of wonder is not because we suddenly understand everything — we don’t — but because distrust, disengagement, and denial can become embedded into many aspects of our lives. The consequences of this loss of wonder are profound. Because impoverished wonder can lead to especially poor understandings of underlying mechanisms, we become vulnerable to misinformation and manipulation by others. Even worse, abandonment of wonder deprives us of the intensely rewarding joy of discovery.”

On the bright side, Keil notes, “This loss of wonder is not inevitable.” We know this is true because we have wonderful examples (pun intended). Albert Einstein, later in life, wrote to a friend, “People like you and me never grow old. We never cease to stand like curious children before the great mystery into which we were born.” Childlike wonder results in an overwhelming sense of curiosity. This sense of curiosity makes innovative people constantly ask “why” and “what if” questions. Einstein believed curiosity was one of humanity’s best traits. He once wrote, “The important thing is to not stop questioning. Curiosity has its own reason for existence. One cannot help but be in awe when he contemplates the mysteries of eternity, of life, of the marvelous structure of reality. It is enough if one tries merely to comprehend a little of this mystery each day.”[2]

Another man who believed curiosity and wonder were essential for the advancement of humankind was Dr. Abraham Flexner, first director of Princeton’s Institute for Advanced Studies. Although largely unknown today, when Flexner died in 1959, his obituary was published on the front page of the New York Times. Robertus Henricus “Robbert” Dijkgraaf, a subsequent director of the Institute for Advanced Studies and current Minister of Education, Culture and Science in the Netherlands, wrote, “It was Flexner’s lifelong conviction that human curiosity, with the help of serendipity, was the only force strong enough to break through the mental walls that block truly transformative ideas and technologies.”[3] Flexner himself wrote, “Curiosity, which may or may not eventuate in something useful, is probably the outstanding characteristic of modern thinking. It is not new. It goes back to Galileo, Bacon, and to Sir Isaac Newton, and it must be absolutely unhampered.”[4]

Keil provides another example of someone who never lost their sense of wonder: Mae Jemison, a scientist, physician, and astronaut. Keil writes, “[Jemison] showed a precocious and lifelong passion for science, captured the centrality of wonder beautifully in a 2019 interview: ‘For me, I wanted to know how the world works. Every child wants to know how the world works. … That’s the point at which we really need to connect. … — honoring and respecting and integrating that incredible curiosity. Children come out picking up bugs and looking at things and trying to experiment, and that’s how they learn about the world. … one of the issues that can happen in education is we actually destroy that [curiosity]. We want a specific answer. We ask for something to be memorized. And that’s not the best way. … Our goal is to harness that innate construct for information gathering and problem-solving and to refine it.'”

For those of us who have already passed through the education system, the key to maintaining our sense of wonder and curiosity is to become lifelong learners. Journalist Christopher Watkins explains, “One must be a lifelong learner to stay relevant, and be necessary. A sedentary mind remains exactly that — sedentary. But the intellectually curious, those with the hungry minds, they move, they discover, they render the unknown known.”[5] Brian Greene (@bgreene), a scientist best-known for popularizing theoretical physics, has stated, “My best teachers were not the ones who knew all the answers, but those who were deeply excited by the questions they could not answer.”

In his 2022 State of the Union address, President Joe Biden noted, “We used to invest almost 2 percent of our GDP in research and development. We don’t now. … China is.” Flexner insisted the most important investments the government can make is in basic research. He argued that curious people seeking answers to questions that puzzled them were the giants upon whose shoulders innovators have always stood. He called the answers these intellectual giants were pursuing “useless knowledge.” Why was this knowledge useless? Because, Flexner argued, those pursuing such knowledge had “no concern about the utility of their work” and had “no practical objective” in mind.

One example of how the pursuit of useless knowledge resulted in practical applications is the emergence of electricity, which Flexner called “a discovery of the most immediate and far-reaching practical use.” He didn’t point, however, to Nikola Tesla or Thomas Edison, who made the practical use of electricity a reality. Instead, he wrote about Michael Faraday, son of blacksmith and apprentice bookbinder, who became a great scientist because he was curious about chemistry and eventually about electricity. Faraday built upon the discoveries of Hans Christian Ørsted, a Danish physicist and chemist who discovered that electric currents create magnetic fields, and André-Marie Ampère, a French mathematician and physicist who is considered the father of electrodynamics, and William Hyde Wollaston, an English chemist and physicist.

These great minds were also curious minds. Their “useless knowledge” changed the world. If the government wants to continue to change the world, it should continue to fund basic research. Throughout the 1960s and 1970s, the federal share of basic research funding topped 70%. It has diminished almost every year since — falling below 50% in 2013. The Congressional Research Service reports, “Total estimated U.S. R&D expenditures in 2019 (the most recent year for which data are available) were $656.0 billion. Of this amount, $107.8 billion (16.4%) was for basic research, $124.8 billion (19.0%) was for applied research, and $423.4 billion (64.5%) was for development.”[6]

Flexner concluded, “I am not for a moment suggesting that everything that goes in laboratories will ultimately turn to some unexpected practical use or that an ultimate practical use is its actual justification. Much more am I pleading for the abolition of the word ‘use,’ and for the freeing of the human spirit. … To be sure, we shall thus waste some precious dollars. But what is infinitely more important is that we shall be striking the shackles off the human mind and setting it free for the adventures which in our own day have, on the one hand, taken Hale and Rutherford and Einstein and their peers millions upon millions of miles into the uttermost realms of space and, on the other hand, loosed the boundless energy imprisoned in the atom. … All of the waste that could be summed up in developing the science of bacteriology is as nothing compared to the advantages which have accrued from the discoveries of Pasteur, Koch, Ehrlich, Theobald Smith, and scores of others — advantages that could never have accrued if the idea of possible use had permeated their minds.”

The late English philosopher Gilbert Keith “G.K.” Chesterton wrote, “We must try to recover the candor and wonder of the child; the unspoilt realism and objectivity of innocence. Or if we cannot do that, we
must try at least to shake off the cloud of mere custom and see the thing as new, if only by seeing it as unnatural.” America can be more innovative if it recaptures its sense of wonder and curiosity and by funding basic research.