Home » Artificial Intelligence » Will 2018 be the Year of Digital Disruption? 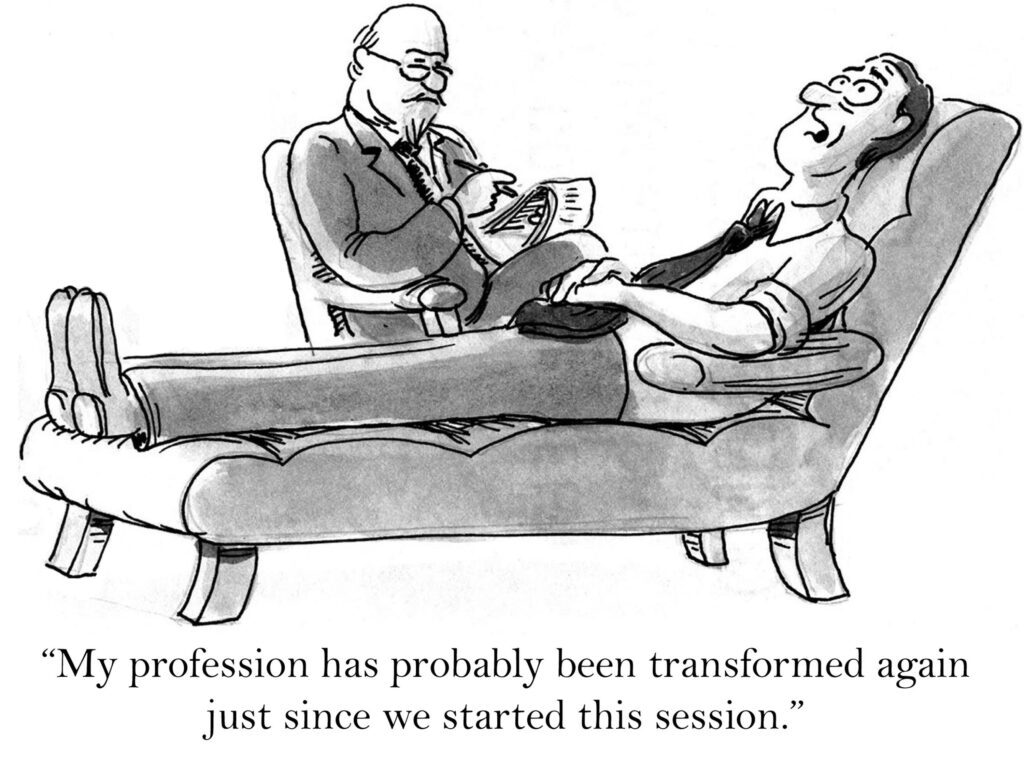 Will 2018 be the Year of Digital Disruption?

“In 1991, the World Wide Web became publicly available. In 2004, Mark Zuckerberg launched Facebook. In 2011, Apple launched Siri, the first modern digital virtual assistant installed on a smartphone. Each of these technologies are considered landmarks in the history of innovation and have turned industries upside down. However, the next wave is hot on their tails. New connected technologies are challenging traditional sectors and redefining business and society in general. Prior to 2017, these technologies were simply bleeding edge, with an unclear picture around how to apply them. Artificial intelligence (AI), for example, was once the exclusive domain of computer-science researchers and academics. Today, people of all ages, perhaps even unbeknown to them, are using AI in their everyday life. In digital, we are increasingly being approached by forward-thinking companies that want to stay ahead of the curve and adopt these technologies to transform their business. These businesses are kick-starting a revolution and forcing industries to change gear, or risk being left behind.”

Edwards, and others, believe the confluence of emerging technologies is poised to create greater digital disruption than we’ve seen in the past. The Accenture/HfS Research report found, “Nearly 90% of organizations believe the Triple-A Trifecta of automation, analytics, and artificial intelligence (AI) will become the holy grail of business and process transformation.”

Magnus Jern (@magicmagnus), chief innovation officer at DMI, writes, “The last few years have been heavy on promise for companies looking to adopt technologies to boost their digital transformation efforts. And after many consistent years of progress, a lot of much-buzzed-about applications have finally come of age and are ready to prove themselves in the enterprise in 2018. Alongside these more mature technologies are a few newcomers that have the potential to rise to the occasion if companies can craft strong strategies around their adoption.”[3] Those technologies include:

Both Edwards and Jern put cognitive technologies at the top of their priority lists of technologies creating digital disruption. Edwards explains, “AI and cognitive technology is becoming the norm. In fact, some argue the age of ‘mobile-first’ is over as we move to the generation of ‘AI-first’. AI is still in its infancy and it is set to get smarter. According to Constellation Research, by 2025, the AI market will surpass $100 billion and IDC states, by 2018, 75% of developer teams will include AI functionality in one or more application or service.” Jern adds, “2017 was the year when everyone started talking about AI changing the world. … Expect 2018 to be the year when companies that leverage machine learning for their core business will gain a major competitive advantage.” Larry Dignan (@ldignan) insists companies need to temper their enthusiasm about AI. He writes, “There are no magic pills. And AI is going to change a lot, but rest assured, the technology won’t deliver magic.”[4] I agree with Dignan that AI hype sometimes surpasses reality; but, companies will find uses for cognitive technologies will only be limited by their imagination. AI is tool and gifted personnel will learn how to use it.

Blockchain technology burst on the scene with Bitcoin. Anyone following the crypto-currency scene knows it has been on a wild ride of late. Although crypto-currencies are probably here to stay, their underlying technology — blockchain — will be widely adopted by the business world. Edwards writes, “Blockchain is a digital ledger that provides a secure way of making and recording transactions, agreements and contracts.” Blockchain has the potential to improve security and transparency across the business world. Edwards notes Deloitte analysts insist a “vast eco-system of cross industry use cases are emerging.” Jern believes the claim of a “vast” number of use cases emerging may be a bit of an overstatement. He notes, “Blockchain is becoming mature, but the use cases that are proving themselves out are still fairly narrow.” So why do so many analysts see blockchain technology being so disruptive? Primarily because its upside potential is so great. Mark Barrenechea (@markbarrenechea), chief executive officer at OpenText, explains, “Its applications will be multifaceted — from the way we transact to the way we renew passports, vote, rent a car, pay taxes and even in terms of how we identify ourselves. 2018 will be the year of the blockchain startup, especially in areas of security and encryption.”[5]

Like AI, the IoT remains in its early stages as standards and protocols are being worked out. “While we might not feel the immediate effects of the IoT,” notes Barrenechea, “its potential impact is huge. … In the intelligent enterprise, the IoT will connect the global supply chain from end-to-end, enabling pervasive visibility, proactive replenishment, and predictive maintenance. With the IoT, data-driven decision making will become standard in all industries and in our daily lives.”

The use of virtual reality (VR) and augmented reality (AR) in the business world has failed to keep up with the hype. Edwards believes that might be changing. “To date,” he writes, “virtual reality and augmented reality have been fueled by a small community of enthusiasts and have yet to be adopted by the mainstream or B2B market. There are numerous reasons why this is the case, availability of content being one of them, but 2018 could be the year this changes. … Industries that rely on empathy and the art of storytelling will truly benefit from VR and AR.” Dan Brightmore (@danbrightmore) believes AR will also find a place in warehouse management. He explains, “Augmented reality will revolutionize the picking, packing and commissioning processes in warehouses and crossdocking areas.”[6]

Most analysts agree organizations must transform into digital enterprises if they are going to survive and thrive in the Digital Age. Becoming a digital enterprise means more than embracing a few digital technologies. Transformation means “a thorough or dramatic change in form or appearance.” Digital transformation involves a thorough or dramatic change in business models. Jern asserts, “The biggest barrier to digital transformation is not technological but cultural.” He adds, “While there are endless technologies out there that could be pivotal for companies looking to gain a competitive advantage — be it chatbots, AI, big data, IoT or cloud — they should never be the starting point. Instead, companies need to focus on making these technologies operational in 2018. By focusing on opportunities to address customer and employee pain points, [this] year can be the year that companies stop paying technological lip service to digital transformation and really reach its potential with the proper solutions.” Mark van Rijmenam (@VanRijmenam), founder of Datafloq, writes, “I often tell organizations that viewing the company as a data company will completely change all processes and customer touchpoints. This is a difficult change but required if they want to be able to compete with startups who have been doing this from the beginning. … When seeing an organization as a data company, it allows you to remove any inhibitors that prevent the business from delivering the product or service in the most efficient, effective and customer-friendly way. After all, in the digital world, anything is possible, although it might take some time to figure it out.”[7]