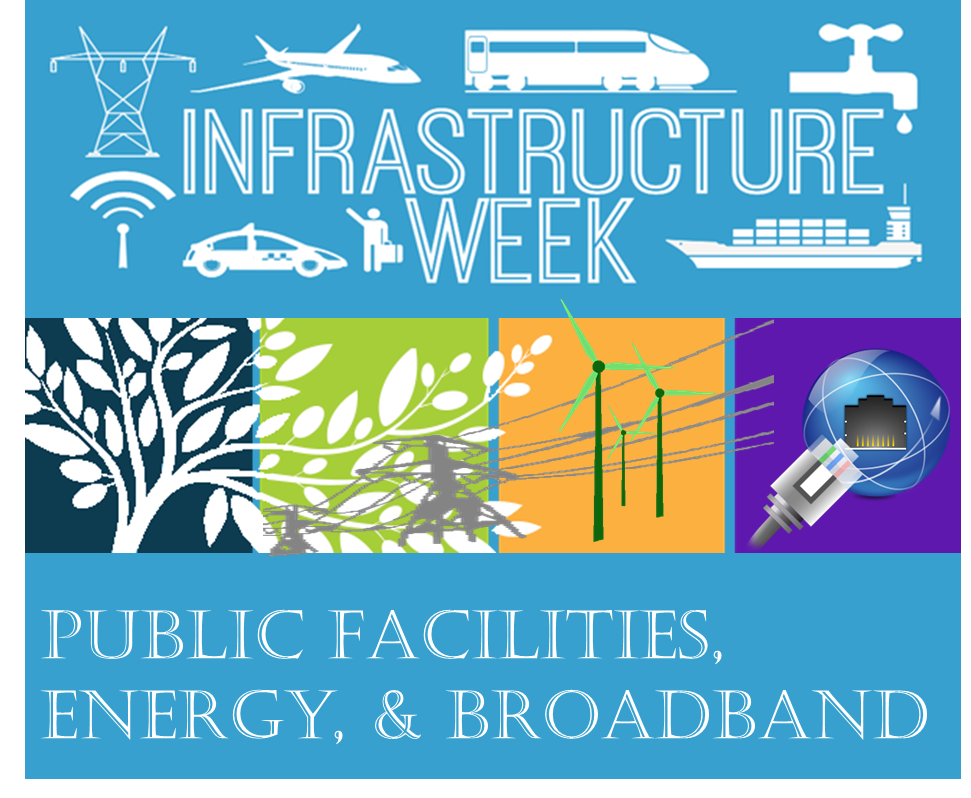 This is the final article in a three-part series celebrating the third annual Infrastructure Week. According to the website promoting the week, “Infrastructure Week will bring together thousands of stakeholders in Washington and around the country to highlight the critical importance of investing in and modernizing America’s infrastructure systems, and the essential role infrastructure plays in our economy.” As I noted in previous articles, one of the week’s sponsoring organizations is the American Society of Civil Engineers (ASCE). In the organization’s most recent report card on America’s infrastructure, the country didn’t do very well. For its report card, ASCE divided infrastructure into four broad categories: Water & Environment; Transportation; Public Facilities; and Energy. Within those broad categories, ASCE gave grades to 16 sub-categories. The first article focused on Water & Environment and the second article focused on Transportation. In this article, I will discuss the final two categories to which grades were given in the ASCE report card: Public Facilities and Energy.

The ASCE report notes, “The popularity of parks and outdoor recreation areas in the United States continues to grow, with over 140 million Americans making use of these facilities a part of their daily lives. These activities contribute $646 billion to the nation’s economy, supporting 6.1 million jobs. Yet states and localities struggle to provide these benefits for parks amid flat and declining budgets, reporting an estimated $18.5 billion in unmet needs in 2011. The federal government is also facing a serious challenge as well since the National Park Service estimates its maintenance backlog at approximately $11 billion.” Although use fees could help raise more money, such fees could also limit the ability of all Americans to participate fully in outdoor activities and recreation. Public/private partnerships is another possible way to raise funds to help maintain parks and recreation areas and keep them available to all citizens.

I am very interested in America’s schools and the quality of education they provide to our children. That’s why I, along with a few colleagues, founded The Project for STEM Competitiveness — to help get a project-based, problem-solving approach into schools. However, improving what happens inside school classrooms addresses only half of the challenge. The ASCE report notes, “Almost half of America’s public school buildings were built to educate the baby boomers — a generation that is now retiring from the workforce. Public school enrollment is projected to gradually increase through 2019, yet state and local school construction funding continues to decline. National spending on school construction has diminished to approximately $10 billion in 2012, about half the level spent prior to the recession, while the condition of school facilities continues to be a significant concern for communities. Experts now estimate the investment needed to modernize and maintain our nation’s school facilities is at least $270 billion or more. However, due to the absence of national data on school facilities for more than a decade, a complete picture of the condition of our nation’s schools remains mostly unknown.”

There is a lot of talk today about making cities smart beginning with systems like electrical grids and water systems. Before systems can be made smart, they must be reliable. The ASCE report notes, “America relies on an aging electrical grid and pipeline distribution systems, some of which originated in the 1880s.” Electrical grids remain the sine qua non of developed economies. The industrial age may have begun with steam power, but it was electricity that really made it take off. The ASCE report continues:

“Investment in power transmission has increased since 2005, but ongoing permitting issues, weather events, and limited maintenance have contributed to an increasing number of failures and power interruptions. While demand for electricity has remained level, the availability of energy in the form of electricity, natural gas, and oil will become a greater challenge after 2020 as the population increases. Although about 17,000 miles of additional high-voltage transmission lines and significant oil and gas pipelines are planned over the next five years, permitting and siting issues threaten their completion.”

In a guest editorial in Smart Grid News, Jim Anderson and Mark Leinmiller, wrote, “The smart grid is seen as the true backbone of a smart and energy efficient city. It allows residents and city officials to understand their energy use and make smarter decisions going forward.”[1] In order to make an electrical grid smart, you need data. With a number of companies now producing “smart products” that connect to smartphone applications, collecting the right data is becoming easier. Since power companies have a ready-made network, they are in a good position to gather the right data once they make the proper investment in smart technologies. As Lauris Veips notes, “There are myriad ways in which power suppliers can leverage data to optimize their power deliveries. With smart meters — meters that have two-way communication with the supplier — utilities have access to much more actionable data.”[2] Anderson and Leinmiller add, “Companies in the energy industry are in the unique position of offering more complete solutions for the smart cities market.” Barbara L. Vergetis Lundin (@energyeditor) asks, “What makes a smart city?”[3] She obtains her answer from a report by Frost & Sullivan. “Frost & Sullivan says eight elements come into play — smart building, smart energy, smart infrastructure, smart technology, smart mobility, smart governance, smart healthcare and smart citizens.” All of those “smart” things represent needed investments in infrastructure.

One infrastructure sector not graded in the ASCE report card is broadband connectivity. I suspect the U.S. would get a “B-” or “C+” in this area. Adie Tomer (@AdieTomer) and Rob Puentes (@rpuentes) write, “No industry or household in the world will reach their future potential without access to broadband, it is the electricity of the 21st century.”[4] Laura Black adds, “Following the recent news that America’s infrastructure is receiving an overall grade of a D+, could we soon see an infusion of M2M in infrastructure and cities across the country? I might argue the nation’s near-failing infrastructure grade signals M2M is needed in cities now more than ever.”[5] Most machine-to-machine (M2M) connectivity will occur over the Internet of Things (IoT). Although Black understands that most governments are cash-strapped, Black believes they will still be making infrastructure investments and, when they do, they should ensure that the resulting upgrades are embedded with the latest technology. “In addition to investing in infrastructure in general,” she wrote, “city planning officials might also want to consider investing in M2M and intelligent-transportation systems as well. After all, with technological innovation progressing as rapidly as it is, traditional structures could soon become a thing of the past. … Cities across the globe are grappling with tight budgets and aging infrastructure. Add in the fact that today’s consumer is always connected, and the need for smart cities is greater today than ever before. M2M provides a means to address a number of these challenges and deliver more advanced infrastructure in the future. Maybe, just maybe, if we build a community around this concept we can help raise America’s infrastructure grade together.”

Infrastructure Week really isn’t about celebrating infrastructure but underscoring its importance to a vibrant economy. Although the distaste for government spending has increased in recent years, neglecting infrastructure improvements will only raise the bill to fix the problems in the years ahead.