Home » Artificial Intelligence » Urbanization and the Need for Smart Cities 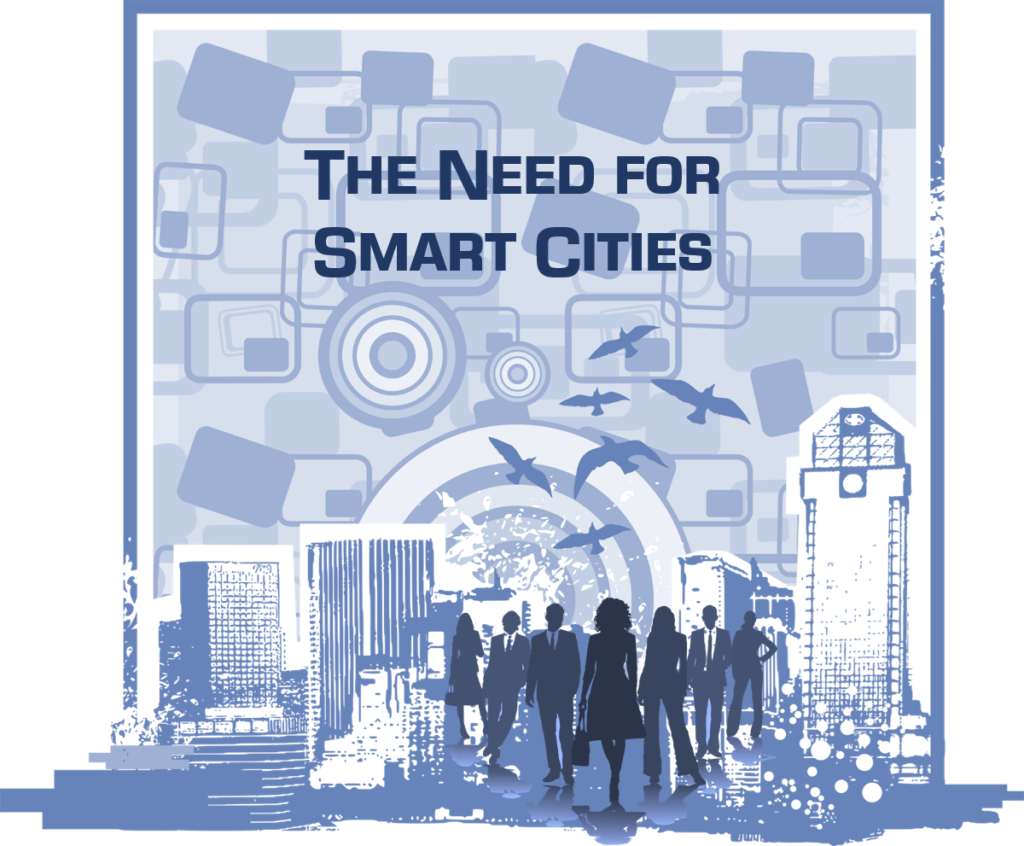 Urbanization and the Need for Smart Cities

One of the trends shaping the last half century has been the urbanization of the world’s population. There are now more people living in urban areas than in rural areas. For that reason alone, cities — specifically smart cities — are becoming more important every day. Amy Liu (@amy_liuw), Vice President and Director of the Metropolitan Policy Program at the Brookings Institution, asserts cities are essential for meeting today’s (and tomorrow’s) challenges. “We are living in an age of accelerations,” she writes. “Massive shifts in technology, globalization, and climate change are fundamentally reshaping our politics, our workplaces, our communities, and our ethics.”[1] During an interview with Liu, New York Times‘ columnist Thomas Friedman (@tomfriedman) asserted, “Local communities are the scale of governance best suited to meet the challenges of our era.” Liu adds, “My experience working with local leaders across the country bears that out.” Why, you may be asking, are local governments best suited to meet emerging challenges? According to Friedman, it’s because local governments are more adaptable. “Success in this age,” Friedman argues, “depends on our ability to adapt.”

Liu explains that it’s in communities where the pain and problems created by accelerated life are most keenly felt; and local governments are best equipped to deal with those challenges. She writes:

“My colleagues’ research suggests that ride-sharing technologies are beginning to displace payroll workers in some cities while other emerging technologies, like driverless vehicles and drone deliveries, have the potential to shrink city revenues and disrupt local air and street traffic patterns. Innovation and economic activity are clustering in select cities, while other communities struggle to create and retain talent and jobs. And our country’s ‘diversity explosion’ has led to rising concerns among American households of every ethnicity about their place in the American dream. While we need our federal leaders to grapple with these new realities head-on, the likelihood of transformative adaptation at that level is slim.”

In his book Thank You for Being Late: An Optimist’s Guide to Thriving in the Age of Accelerations, Friedman writes:

“We need to reverse the centralization of power that we’ve seen over the past century in favor of decentralization. The national government has grown so big bureaucratically that it is way too slow to keep up with the change in the pace of change. Meanwhile, states and many localities have grown more flexible and capable — living on the edge of the iceberg, they feel every change in temperature and wind first; they need to react quickly, and now they can.”

Friedman told Liu cities are where people can find “applied hope.” Liu concludes, “[Cities] do not operate with extreme pessimism or partisanship but simply strive to make progress … together. The path is often complicated. We still need more strategies and organizations to adapt their efforts for additional disruptions ahead. Yet efforts in cities across the country suggest that local leaders are capable of keeping up with change. The future, seen from the bottom-up, is bright.”

The Need for Smart Solutions

Most urban leaders recognize they need holistic solutions in order to make their communities adaptable, efficient, and more livable. Holistic solutions require the implementation of smart technologies. Why? Because urban systems have become so complex only smart technologies can align these systems to make them more efficient and effective. Ben Rossi (@BenRossi89) writes, “It’s hard to believe just how quickly the smart city has evolved in the short amount of time it’s been a concept. Whilst the underlying principle has always been rooted in a city that collates mass amounts of data that can be used to improve its citizens lives in a number of ways, the development of the Internet of Things and cheap sensors has led to a massive revision of the capabilities of smart cities, with potential to far exceed anything close to the original vision.”[2] Smart solutions are not just about smart technologies. A holistic approach requires solutions that involve people, processes, and technologies.

Smart cities are being developed by people for people. City planners who take a technology-first approach rather than a people-first approach are likely to be disappointed with the results. My preferred definition of a smart city is:

I like this definition because it places citizens first and technology last.

IBM believes smart cities should have six core systems that should be optimized both individually and holistically. Those “systems” are: people; business; transport; communication; water; and energy. I would add a seventh system — waste management (which would include both trash and sanitation). A holistic view perceives cities as a living organism whose existence requires a brain (which I predict will be provided by cognitive computing), a central nervous system (which will be provided by the Internet of Things (IoT)), and functioning organs and appendages (i.e., systems, processes, and machines). Rossi points out that too many systems (and too many smart technologies) are actually siloed, which means alignment and integration are stifled. “Siloing this data,” he writes, “prevents users from being able to create comparison as and when needed.” Just like a living organism, you can’t view these systems in isolation. They work together to make a city function properly.

Integrating data from disparate systems is a challenge. Cognitive computing systems can help with this challenge because they can ingest, integrate, and analyze both structured and unstructured data. They can help ensure efficient operations, assist with planning and maintenance, and provide decision makers with actionable insights. Cognitive computing systems can also provide the smarts behind applications available to residents that improve their quality of living. Teena Maddox (@teena_maddox) discusses five technologies currently available that can help improve urban living.[3] They include:

Those technologies only touch a few of the technologies that are going to make cities smart in the years ahead. “Smart cities are coming,” writes, Gale Morrison (@galebmorrison). “Not everything will be connected, and not everything will be connected at once. Still, governments around the globe are beginning to tap into a world of connected devices and sensors for reasons ranging from cheaper lighting to less traffic, lower crime, and improved air quality. Smart cities encompass all manner of usage models and equipment — parking meters, traffic lights, power and water meters, mobile telephone networks, apps on every resident user’s handheld phone, including cameras and microphones. “[4] All of those technologies require broadband capabilities and IoT connectivity.

“By 2025,” writes Gavin Wheeldon (@gavinwheeldon), CEO of Purple, “the [Smart Cities] concept will be firmly bedded into our societies and the benefits of smart cities will be widely felt. … Cities become smart by creating a platform that connects multiple data sets and enables shrewd decision making.”[5] There are certainly technical challenges to be faced, but smart civic leaders will understand technologies now exist to help them address some of their most pressing problems.