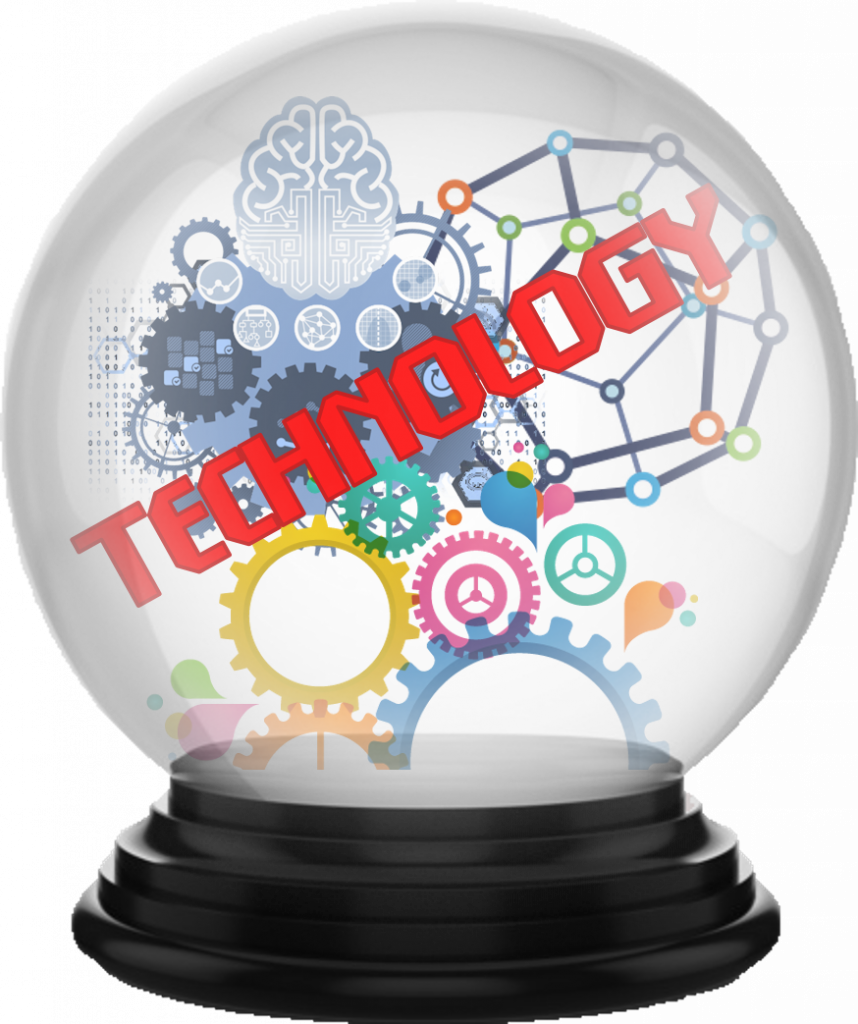 We live in an age of technological wonders; however, some people fail to appreciate all of the wonders because they are too young to have known life in simpler times. We’ve all heard the expression, “Will wonders never cease!” If that were a question rather than an exclamation, the answer would be, “No. Wonders will never cease.” What makes something wonderful (i.e., full of wonder)? A “wonder” can be something that is difficult to understand (like quantum computing) or it can be something unexpected (like driverless cars). For centuries, science fiction writers, futurists, and dreamers have peered into their crystal balls and tried to imagine the world of the future. Doing so is often a fool’s errand. For example, the late Arthur C. Clarke, who famously predicted the invention of the communications satellite, once predicted that by early this century we would have autonomous homes capable of producing their own water and power.[1] Clarke once noted, “Any sufficiently advanced technology is indistinguishable from magic.”

Among those willing to peer into the future are analysts from Gartner.[2] David Cearley, Vice President and Gartner Fellow at Gartner Group, notes that many of these trends “address merging the physical and virtual worlds and the emergence of the digital mesh.”

According to Gartner analysts, “The device mesh refers to an expanding set of endpoints people use to access applications and information or interact with people, social communities, governments and businesses. The device mesh includes mobile devices, wearable, consumer and home electronic devices, automotive devices and environmental devices — such as sensors in the Internet of Things (IoT).” Cearley believes that this device mesh will be one of the defining characteristics of the postmobile world. Gartner analysts “expect connection models to expand and greater cooperative interaction between devices to emerge.”

Gartner analysts state, “The device mesh creates the foundation for a new continuous and ambient user experience. Immersive environments delivering augmented and virtual reality hold significant potential but are only one aspect of the experience. The ambient user experience preserves continuity across boundaries of device mesh, time and space. The experience seamlessly flows across a shifting set of devices and interaction channels blending physical, virtual and electronic environment as the user moves from one place to another.” There has been a lot of hype about virtual reality for years and I doubt that we’re going to be overwhelmed by new virtual reality technologies this coming year. But I don’t think that is what Gartner analysts are predicting. They are predicting that the number of sensors that connect us and our devices to the virtual world are going to increase significantly and that those connections are going to enhance how we experience the world.

Additive manufacturing (aka 3D printing) is not a new trend; but, it is a trend that continues to gain momentum. Gartner analysts note that “a wide range of materials, including advanced nickel alloys, carbon fiber, glass, conductive ink, electronics, pharmaceuticals and biological materials” are already being used in additive manufacturing processes. Their prediction is that more materials will join this group and, as they do, user demand will increase. Economic sectors they see impacted by additive manufacturing include: aerospace, medical, automotive, energy and the military.

“Everything in the digital mesh produces, uses and transmits information,” Gartner analysts claim. I would substitute “data” for “information”; but, I concede, Gartner analysts are trying to make a point. Their point is that information is locked inside of data and needs to be unlocked and integrated. “Information has always existed everywhere,” they write, “but has often been isolated, incomplete, unavailable or unintelligible. Advances in semantic tools such as graph databases as well as other emerging data classification and information analysis techniques will bring meaning to the often chaotic deluge of information.” Analysis turns data into information and I agree that we are at the dawn of a new age of analytics.

I was disappointed that Gartner analysts focused on deep neural nets (DNNs) in their discussion of machine learning; especially in light of the fact that they discussed semantic tools in their previous trend. There are many popular machine learning algorithms besides Artificial Neural Networks/Deep Learning, such as: Random Forests, Genetic Algorithms, Simulated Annealing, Similarity/Metric Learning, Support Vector Machines, and so on. To concentrate on just one — deep neural nets — doesn’t do justice to the machine learning arena. Their primary point, however, remains true: Machine learning will “move beyond classic computing and information management to create systems that can autonomously learn to perceive the world, on their own.” They make another important point as well. “The explosion of data sources and complexity of information makes manual classification and analysis infeasible and uneconomic.”

“Machine learning gives rise to a spectrum of smart machine implementations — including robots, autonomous vehicles, virtual personal assistants (VPAs) and smart advisors — that act in an autonomous (or at least semiautonomous) manner,” Gartner analysts explain. They note that robots get a lot of attention, but “software-based smart machines have a more near-term and broader impact.” These software-based smart machines are going to play a significant role in the ambient user experience discussed earlier. “Over the next five years we will evolve to a postapp world with intelligent agents delivering dynamic and contextual actions and interfaces,” Cearley states. “IT leaders should explore how they can use autonomous things and agents to augment human activity and free people for work that only people can do. However, they must recognize that smart agents and things are a long-term phenomenon that will continually evolve and expand their uses for the next 20 years.”

Almost daily we read about a new data security breach. And many of the concerns associated with the Internet of Things involve security (i.e., people hacking into driverless cars and so forth). Gartner analysts state, “The complexities of digital business and the algorithmic economy combined with an emerging ‘hacker industry’ significantly increase the threat surface for an organization.” To counter the threat, they state, “IT leaders must focus on detecting and responding to threats, as well as more traditional blocking and other measures to prevent attacks. Application self-protection, as well as user and entity behavior analytics, will help fulfill the adaptive security architecture.” Cyber security will undoubtedly remain a top concern in the years ahead and I will address some of those concerns when I address cyber security trends in a future article.

Gartner analysts note, “The digital mesh and smart machines require intense computing architecture demands to make them viable for organizations. Providing this required boost are high-powered and ultraefficient neuromorphic architectures. Fueled by field-programmable gate arrays (FPGAs) as an underlining technology for neuromorphic architectures, there are significant gains to this architecture, such as being able to run at speeds of greater than a teraflop with high-energy efficiency.”

Most of the trends noted by Gartner analysts connect in some way to the Internet of Things. “IoT platforms complement the mesh app and service architecture,” they explain. “The management, security, integration and other technologies and standards of the IoT platform are the base set of capabilities for building, managing and securing elements in the IoT. IoT platforms constitute the work IT does behind the scenes from an architectural and a technology standpoint to make the IoT a reality. The IoT is an integral part of the digital mesh and ambient user experience and the emerging and dynamic world of IoT platforms is what makes them possible.”

The connected world into which we are about to be immersed would have been considered a wonder half a century ago and magical a century ago. To highlight that point, think about the fact that the public was first exposed to the “Picturephone” at the 1964 New York World’s Fair. “Soon thereafter, the Bell System rolled out three Picturephone booths in Washington DC, New York, and Chicago. These three Picturephones could communicate only with each other. Costs ranged from $16 to $27 for three minutes.”[4] Today, we can Facetime or Skype around the globe with anyone that has a smartphone, tablet or computer equipped with the appropriate app. We do indeed live in an age of wonders.