Home » Business » The Power of Stories

The Power of Stories 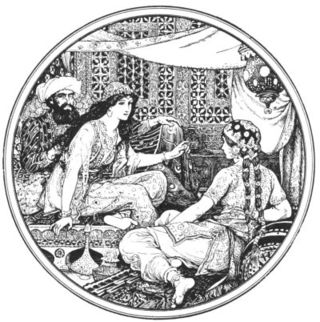 Most of us are familiar with tale of Scheherazade, the amazing storyteller of legend who was able to spare her own life by keeping her husband, the king, so enthralled with her tales that he couldn’t convince himself to behead her like he had a thousand other wives before her. John P. Kotter, a renowned expert on leadership at the Harvard Business School, writes, “Over the years I have become convinced that we learn best–and change, from hearing stories that strike a chord within us.” [“The Power Of Stories,” Forbes, 12 April 2006] As an academic, Kotter admits that he wrote many a “dry” volume in his early years. Those books were undoubtedly well-written and thought-provoking, but they were also lightly read. It was only when he learned to become a storyteller that Kotter says his readership improved. He continued:

“As I look around me today, I see that too few business leaders grasp the idea that stories can have a profound effect on people. The gestures made (or not made) by leaders can turn into the stories that powerfully affect behavior. Leaders who understand this and use this knowledge to help make their organizations great are the ones we admire and wish others would emulate. Those in leadership positions who fail to grasp or use the power of stories risk failure for their companies and for themselves.”

Kotter noted that stories can have corporate impact both internally and externally. “The stories that a company broadcasts about itself,” he wrote, “can also have a powerful impact on customers, shareholders and employees.” He continued:

“It is important that executives ask themselves these questions: What are the stories that define us in light of our customers, employees and shareholders? And are these the stories we want to tell–and have others tell about us? If the answer to these questions is ‘No,’ then you must start taking the actions that will replace the old stories. Your success depends on the honesty and integrity of your actions as well as on the emotional impact they make. The cynicism created when the ‘stories’ are proved to be false or misleading can be extremely damaging.”

Roger Jones, who advises executives on telling stories, asserts, “Every day we are bombarded with more and more information and our business world is becoming increasingly complex. We need a better way to persuade people, get your messages to stick and inspire people to take action. PowerPoint presentations make audiences doze off, facts and figures often bore people.” [“Fables for board tables,” by Emma Jacobs, Financial Times, 27 September 2011] Jacobs adds, “Stories are not just for speeches, but can be used in company literature or marketing.” Stephen Denning, who has held a number of positions at the World Bank, told Jacobs, “Can you think of anyone who turned around a situation who didn’t use a story? If you think of all the great religious leaders, philosophers, generals, [political] leaders, what do they have in common? They were all great storytellers.” In the United States, Abraham Lincoln immediately pops to mind.

Peter Guber, a professional storyteller, asserts, “Telling stories is not just the oldest form of entertainment, it’s the highest form of consciousness. The need for narrative is embedded deep in our brains. Increasingly, success in the information age demands that we harness the hidden power of stories.” [“The Inside Story,” Psychology Today, 23 January 2012] Dr. Pamela Brown Rutledge agrees with Guber. “Stories leap frog technology,” she writes, “taking us to authentic experience.” [“The Psychological Power of Storytelling,” Psychology Today, 16 January 2011] In the information age, stories can be related across an ever increasing array of technological platforms. Rutledge calls this “transmedia storytelling.” She calls transmedia storytelling “the ultimate mashup of ancient traditions and new communications models.” She goes on to claim, “The orchestration of a story across multiple media platforms can be a complex creative endeavor.” From the beginning, marketers have known that their profession involves storytelling. Those that tell stories well do the best. Those who simply try to pass along information don’t do quite as well. Rutledge continues:

“Even with technology’s increasingly sophisticated and jaw-dropping capabilities, the tools are becoming simultaneously more accessible and user-friendly. So much so, that the boundaries are blurring not just across technologies but also across the people who are creating, using, producing, augmenting, distributing, hacking, mashing, and every other ‘-ing’ imaginable. In spite of all the excitement, however, the human brain has been on a slower evolutionary trajectory than the technology. Our brains still respond to content by looking for the story to make sense out of the experience. No matter what the technology, the meaning starts in the brain. The transmedia producer may get the credit line, but the success of the transmedia effort rests on the resonance, authenticity, and richness created by the storyteller.”

One of the transmedia channels through which stories can be transmitted is social media. “Companies are spending countless hours and millions of dollars trying to master social media,” writes Dan Singer. [“The power of storytelling: What nonprofits can teach the private sector about social media,” McKinsey Quarterly, February 2011] Singer interviewed Jennifer Aaker, a marketing professor at Stanford University, and Andy Smith, a marketing strategist, to learn more about a book they wrote entitled The Dragonfly Effect. They told Singer that one of the four wings of their “dragonfly” model “is engagement, which they define as ‘truly making people feel emotionally connected to helping you achieve your goals’ through storytelling, authenticity, and establishing a personal connection.” By now you should begin to see a pattern in this narrative about storytelling. All of the experts talk about the importance of connection and authenticity when stories are told. Guber calls stories “state-of-the-heart technology.” Aaker and Smith assert there are four important elements to getting your message across. They are: telling a story, empathizing with your audience, emphasizing authenticity, and matching the media with the message.

So how do you tell a good story? Aaker states, “Good stories have three components: a strong beginning, a strong end, and a point of tension. Most people confuse stories with situations. They’ll tell about a situation: X happened, Y happened, Z happened. But a good story takes Y, the middle part of the story, and creates tension or conflict where the reader or the audience is drawn into the story, what’s going to happen next.” That’s exactly what Scheherazade did each night as she stopped her new story at point where the king was desperate learn what was going to happen next. Guber adds, “The first rule of telling stories is to give the audience — whether it’s one business person or a theater full of moviegoers — an emotional experience. The heart is always the first target in telling purposeful stories. Stories must give listeners an emotional experience if they are to ignite a call to action. By far, the most effective and efficient way to do that is through the use of metaphor and analogy.” To learn more about the power of analogies, read my post entitled Analogies and Innovation.

Aaker told Singer, “Treating stories as assets is an underrealized idea right now.” Perhaps if business leaders thought of stories as data it would be different. After all, the World Economic Forum has declared data a new commodity asset, like gold or oil. A good story has value. Most of us think of stories as narratives, but, writes Christina Shepherd McGuire, “Storytelling doesn’t have to consist of lengthy narratives relaying epic adventures. You can tell your stories via captivating images, action-packed videos, short blog posts or social media campaigns.” [“Storytelling: A Tale of Creating Customer Loyalty,” by Evan Buzbee, Transworld Business, 26 March 2013] Well-known internet entrepreneur Guy Kawasaki, uses the word “enchantment” to describe how to win customer loyalty. [“Enchanting without fairy tales,” by Philip Delves Broughton, Financial Times, 16 March 2011] Kawasaki insists, “There are all kinds of money to be made if you can make a phone sound magical, a PC miraculous or a pair of running shoes life-changing.” At the same time, you need to sound authentic. That’s not an easy trick. As Broughton concludes, “Enchantment, whether in fairy stories or in marketing departments, never happens by accident.”

Mike Lehr raises an interesting caveat about the use of stories. He agrees that “stories galvanize people, helping them to learn, to coalesce around ideas”; but, he argues, if the story becomes such a critical part of a company’s identity it “could thwart change and innovation.” [“Stories as Inhibitors of Change, Innovation,” Influencing and Problem Solving, 11 March 2013] He explains, “When we seek to change, to innovate, we will likely need to question the validity of existing stories no matter how factual and truthful they seem. They are likely prisons inhibiting us from considering what is outside their walls.” In my post about analogies, I noted the same thing can occur. To avoid this trap, stories need to be continually updated and changed. When that happens, Dr. Rutledge concludes that stories can be a catalyst for change. She writes:

“[Transmedia] technologies have created a demand for fundamentals: authenticity, participation, and engagement. Special effects and funny Super Bowl ads are fine, but they are expensive one-offs if they do not touch the core of experience. I don’t care how you calculate, that’s not going to get you a very good ROI. When organizations, causes, brands or individuals identify and develop a core story, they create and display authentic meaning and purpose that others can believe, participate with, and share. This is the basis for cultural and social change. This is a skill worth learning.”

Gina Rudan, the author of Practical Genius, told Jacobs, “Storytelling goes wrong when it lacks authenticity or truth.” But all of the pundits noted above, agree that when you get it right, storytelling is a powerful tool in the kit of any corporation.