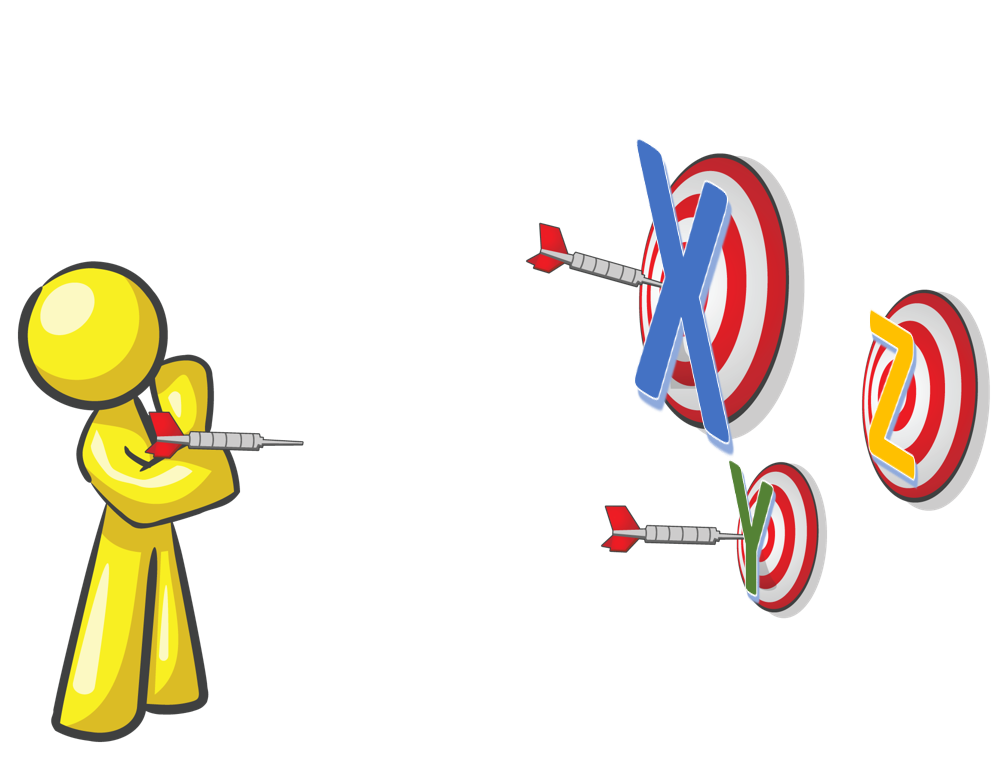 “Marketing has come a long way since the days of the one-size-fits-all radio jingle,” writes Samantha Christmann (@DiscountDivaSam). “Advertisers have more consumer data at their fingertips than ever before and they’re using it to expertly target different demographics. Marketing companies know what boomers like, what Gen Xers don’t like, how millennials consume advertising and what makes them all spend.”[1] Common sense tells you older people and teenagers have different needs and preferences; big data helps marketers know exactly what those differences are. Kristen Cloud (@KCloudShelby) reports, “Major demographic shifts over the next decade will have a dramatic impact on U.S. consumer spending, according to a new report from The Conference Board. Key consumption categories affected include health, retirement and education spending.”[2] Below are a few of the differences marketers are beginning to target.

“The large generation of Baby Boomers (born 1946-1964) is aging,” Cloud writes. “Life expectancy for the elderly is increasing. As a result, while the U.S. population as a whole will grow by 8 percent between 2015 and 2025, the number of people between the age of 70 and 84 will spike by 50 percent. As people age, they also retire. The number of retirees currently is increasing by about 1.2 million a year, about three times as much as a decade ago. Retiring dramatically changes both time allocation and consumption patterns.” Molly Wood (@mollywood) suggests it would be a mistake to overlook Baby Boomers as an important targeted market because they still have access to a lot of spending money. “Although it sometimes seems like the tech industry revolves around millennials,” she writes, “numbers suggest that the startup market with the most potential is a few generations senior. There are an estimated 74.9 million baby boomers, according to the Pew Research Center, and there will be an additional 53 million people over 50 in the next 20 years. With that in mind, AARP says that Americans over 50 represent the third largest economy in the world making them the biggest market opportunity for start-ups. The over-50 demographic, or the longevity market, whose annual economic activity currently amounts to $7.6 trillion, according to AARP.”[3] Wood makes an interesting point that too few marketers seem to understand — namely, no matter what generation a consumer belongs to they will eventually enter the longevity market. Christmann notes, “[Boomers] are 75 percent more likely to buy something if they have a coupon or loyalty discount, or if an item is on sale. They stick to their shopping lists and aren’t likely to make impulse purchases, according to personal finance site NerdWallet.”

Generation X (born between 1965-1984) is often viewed as the forgotten generation because the Baby Boomers and Generation Y seem to be getting the lion’s share of marketing attention. That could be a mistake. Christmann calls Gen Xers “a ‘small but mighty’ generation.” She notes they make “up 25 percent of all adults and 31 percent of total income dollars. … Most Gen Xers aren’t swayed by the winds of changing fashion trends. Instead, they want well-made, unique products that last — and they are willing to pay for them. … Gen Xers are also in charge of a lot of spending power. … 82 percent of Gen Xers own homes. One in seven Gen Xers is in the position of caring for both an aging parent and their own children at the same time. They’re also at the height of their careers, about to take over powerful positions vacated by boomers and have more spending power than any generation, according to research by American Express.” She goes on to note that Gen Xers still respond to traditional advertising (i.e., “Generation X sees and responds to billboard advertising”; but, she notes, “The most effective way to reach them is by email. … Often, those emails have coupons, which Gen Xers love. Latching onto their affinity for brand loyalty, savvy companies send hyper-targeted marketing that acknowledges things like birthdays, anniversaries and children’s milestones.”

“More than 80 million millennials, people born between the early 1980s and 2000, currently live in the United States alone,” writes Jennifer Lonoff Schiff (@JenniferLSchiff). “And according to Accenture, these 30-somethings, 20-somethings and teens are spending some $600 billion annually.”[4] Millennials have been the sweethearts of marketers for several years now. The challenge targeting marketing faces with millennials is their age spread from teenagers to mature adults starting families. There is lots of room for differences in spending preferences in this generation. Those differences will lessen over time; but, treating Generation Y as a homogeneous group would be a mistake. Christmann asserts, “They prefer to spend money on authentic experiences and locally made, artisanal, high-quality products from ethical, socially responsible, transparent companies.” She goes on to note, “More than 50 percent of millennials would be willing to share personal information in exchange for a discount, according to the Center for the Digital Future at the University of Southern California. Since millennials ignore advertising, companies get their attention with coupons and reward their brand loyalty with loyalty reward programs. Companies have also begun catering to millennials’ desire for authentic experiences, such as sponsoring concerts or conducting free group workouts. They provide authentic, informative blog posts and how-to YouTube videos, that make millennials aware of their brand without overtly advertising to them.” Christina Baldassarre (@ChristinaBaldas) adds, “Millennials think differently because they are different — especially when it comes to online behavior. While some traits are clearly the same among certain age groups over centuries, millennials react differently to trigger points because of the way they grew, full of technology and social media. They connect dots in different ways because some things are intuitive to them that are not intuitive to anyone else.”[5]

Members of Generation Z (children born after 2004) are so-called “digital natives.” They’ve never known a time without digital, connected devices. Nevertheless, a Harris Poll conducted last year “found 74% of Millennials and GenZs really dislike being advertised to in social media feeds. Among the 2,500 survey respondents, 56% claim to have reduced the amount of time they spend on social media directly because of the presence of ads in their feeds.”[6] That’s a real challenge for marketers; but, it also explains the rise of native advertising and content marketing. Why do advertisers care about this generation of teenagers? David Randall (@DKRandall) explains, “Companies ranging from Macy’s to Campbell Soup to Charles Schwab are talking to investors about their long-term plans to appeal to the post-millennial generation, a group that Pew Research expects to make up 40% of the U.S. workforce by 2020 and ultimately surpass the 75.4 million millennials and 74.9 million baby boomers.”[7] Google analysts believe Gen Zers will ultimately drive most marketing to mobile devices. “Today’s teens,” they note, “had phones when they were in elementary or middle school, compared to high school or college for their older counterparts. And that shift is already shaping behaviors. Teens are moving from texting to messaging apps and from shopping on desktop computers to shopping on their phones. While millennials were mobile pioneers, teens are mobile natives.”[8]

Generational segmentation is important only because members of each generation share the same historical period and grow old together. There is great diversity in every generation thanks to culture, location, religion, gender, race, political views, and so forth. The only way to accurately target segments is by leveraging data. There are so many variables that must be considered that cognitive computing technologies are becoming an essential tool in any marketer’s kit. Every generation has adopted technologies that generate data and that data can be leveraged to provide consumers with the products they want and the time they want them. Knowing shopper preferences via the data they generate is a lot more important than knowing the generation to which they belong. Nevertheless, marketers and journalists will continue to find it convenient to label and discuss generations. It’s as easy as X, Y, Z.