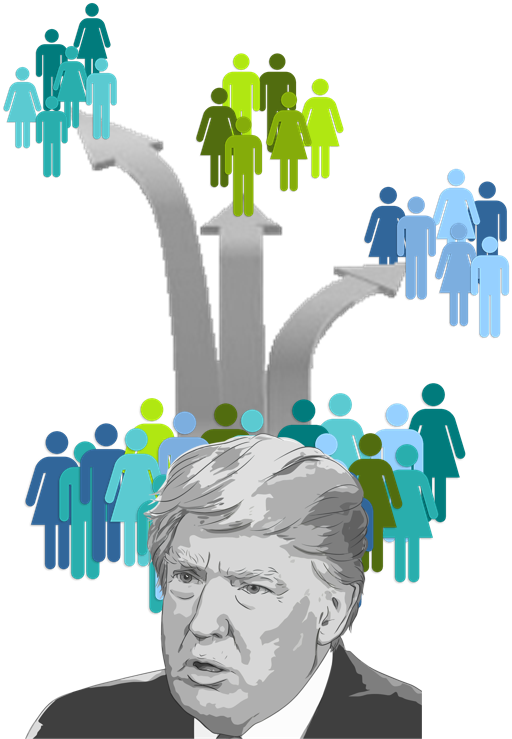 Targeted marketing gains more traction every day. Why? Because it provides a better customer experience and greater return on investment. “Not everyone is interested in, nor a good target for, every product or service offering,” writes Dr. Chuck Hermans, a professor at Missouri State University. “Marketing communications should be tailored to a particular audience.”[1] How specific should your audience be? Murali Nadarajah, Head of Big Data and Analytics for Xchanging, believes big data and cognitive computing systems can provide insights so granular that he calls it creating a “segment of one.”[2] Amish Tolia (@AmishTolia), co-founder and chief of strategy at Pear, adds, “Brands that can identify their ideal customers and market to their specific desire and needs are going to see the highest conversions.”[3] He believes the more “local” you can make your advertising the better. Kym Reynolds thinks personalization has too many upsides to be ignored. “The more personalized the experience,” Reynolds writes, “the happier the customer.”[4]

Targeted Marketing and the Trump Campaign

John Wanamaker, the late department store magnate, once stated, “Half the money I spend on advertising is wasted. The trouble is I don’t know which half.” Targeted marketing was created to make marketing more effective. It probably started when milliners and haberdashers realized they reached more appropriate customers by advertising in different sections of the paper (e.g., society pages vs sports pages). Rohit Roy observes, “Social media profiles offer a great opportunity for target marketing. Brand marketers can target customers based on their interests, behavior, demographics, location, mobile OS, etc. Analyzing social media data, advertisers can leverage the various trend curves to optimize the relevance and efficiency of marketing campaigns as well as add greater value to target advertising.”[5] One organization that recognized the power of targeted marketing was the Trump campaign. It hired Brad Parscale (@parscale), a six-foot eight-inch tall media expert, as the campaign’s digital director. In an enlightening interview with CBS correspondent Leslie Stahl, Parscale discussed how the campaign was able to target its message to specific individuals in swing states. Parscale told Stahl, “I understood early that Facebook was how Donald Trump was going to win. Twitter is how he talked to the people. Facebook was going to be how he won.”[6] In addition to Facebook, Parscale notes, the campaign used, “Twitter, Google search, other platforms. Facebook was the 500-pound gorilla.”

What all of those social media outlets share in common is access to personal data. Data that can be used for extreme personalization (i.e., segments of one). Parscale explains, “Facebook now lets you get to places … places possibly that you would never go with TV ads. Now, I can find, you know, 15 people in the Florida Panhandle that I would never buy a TV commercial for. And, we took opportunities that I think the other side didn’t.” Stahl added, “Parscale said the Trump campaign used the technology to microtarget on a scale never seen before — and to customize their ads for individual voters. … To get people to stop and look, he crafted different messages for different people — so that you only got ads about the issues you cared about most.” Was the campaign successful? Besides the obvious result — a Trump presidency — Parscale’s efforts raised a record $240 million in small donations. Regardless of your political leanings, you have to admit the results were impressive.

Keith Weed (@keithweed), Chief Marketing and Communications Officer at Unilever, observes, “The connected world and the ubiquity of technology have rewritten the rules of building brands, innovation, media, creativity, and retail forever. While the internet served as the enabler for this transformation, the real driver has undoubtedly been the mobile phone.”[7] He adds, “Mobile is unlocking consumer control, empowerment, and choice to an extent we have never seen before, driving a hyper-segmentation revolution. As we move from mass marketing to massive customization — from focusing on averages to individuals — I believe that in the future we will build brands in segments of one.” Jack Nicas (@jacknicas) reports, “The rise of smartphones has put internet-connected computers in the pockets of more than a billion people world-wide, leading to a surge in internet use — and a major boost to the bottom lines of tech giants such as Google and Facebook Inc. As consumers use the companies’ wildly popular free services more, Google and Facebook can sell more ads to companies trying to reach those users.”[8] Weed insists the future of marketing involves microtargeting. He explains:

“Today’s hyper-empowered, tech-augmented consumers are increasingly in control of the branded messages they receive and how they shop for brands. As micro-moment behavior — where people instinctively turn to their device to act upon a need — becomes the norm, consumers’ expectations of value, convenience, and immediacy of response from brands are becoming increasingly demanding. Search is absolutely central here, acting as the filter that enables the empowered consumer to get what they want, when they want, wherever they want. People — myself included — can’t remember what it was like not to be able to do things before their mobile was in their pocket. This gives rise to two key characteristics of today’s consumer: immediacy and relevance. For example, searches for ‘open now’ have tripled since 2015 and mobile searches related to ‘same-day shipping’ have grown over 120% since 2015. And when it comes to relevance, expectation is accelerating rapidly. Since early this year, the volume for local searches without including the specification ‘near me’ have outgrown comparable searches which did include it. For brands to be allowed a part in the hyper-empowered consumer’s life, they have to be able to both anticipate and assist with their needs. This means being relevant, tailored, and personal — a huge shift from when brands (especially CPG businesses like Unilever) tended to be built for the masses. And they need to do it all in real time, in context, in the language.”

Weed suggests marketers should do three things to reach the segment of one they are targeting with their message. Those suggestions are:

It may sound impossible to build a billion one-to-one relationships, but, as Stahl explains, people can be reached using dark ads. “They’re called dark because they’re microtargeted to individual users who are the only ones who see them.” The Trump campaign demonstrated the power of reaching out to segments-of-one in a powerful way. The right message at the right time can have real impact.