Home » Artificial Intelligence » Smart Cities and the Future of Energy 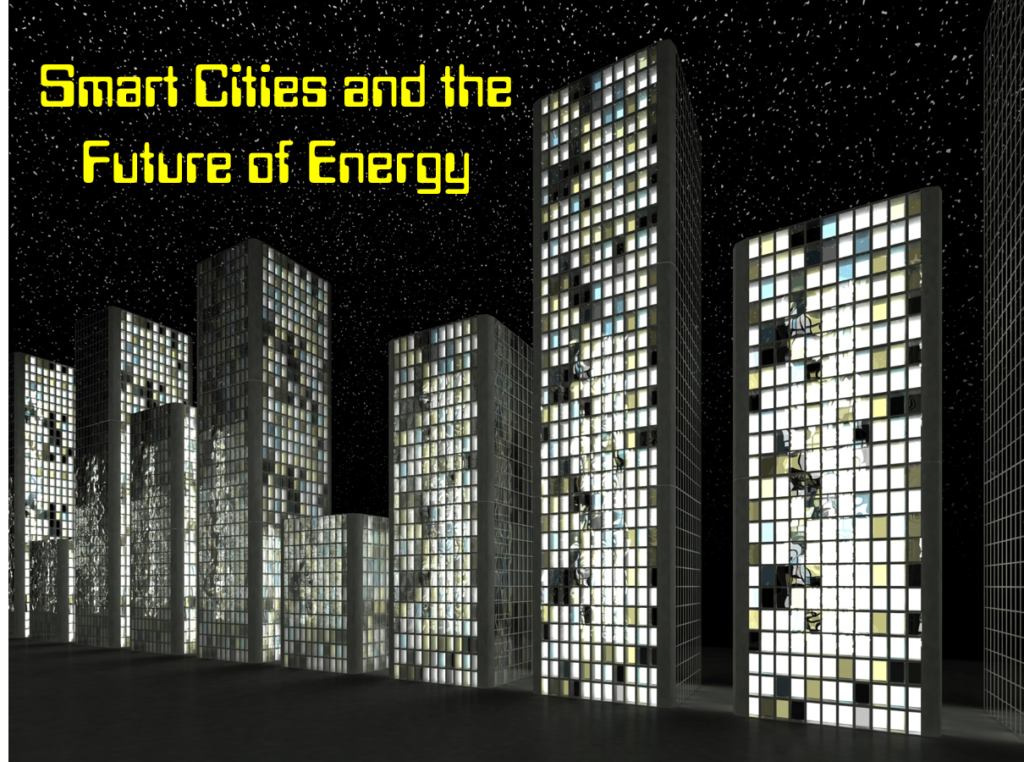 Smart Cities and the Future of Energy

“The way we consume power has remained stubbornly anachronistic,” asserts Lauris Veips. “However, much can be and is being done to make the grid more efficient, potentially saving a chunk of the $119 to $188 billion (according to the Electric Power Research Institute) losses due to power disturbances, and allowing utilities to generate power more efficiently.”[1] In many ways, the smart cities movement began with the electric power grid. Early on it was clear that power could be used more efficiently if it was monitored and controlled. Where better to begin such programs than in cities? As Veips notes, “There are myriad ways in which power suppliers can leverage data to optimize their power deliveries. With smart meters — meters that have two-way communication with the supplier — utilities have access to much more actionable data. … Big Data is bringing to utilities what it’s bringing to city management. Both are becoming smarter, due to real-time insights being available from previously scarce or non-existent data. There’s potential for the utilities to become better, cheaper, and of course generate higher profit margins.” Profits may be motivating power companies, but cost-savings and efficiency are motivating politicians to embrace smart technologies.

“These days,” writes Ben Algaze (@benalgaze), “the word ‘smart’ is being applied to anything with a processor or a sensor and a connection to a network of some sort. You can argue that having some processing power for information and the ability to communicate with something makes a device ‘smart’ — or at least a lot smarter than it was before.” It should come as no surprise, then, that city planners look longingly at these technologies to help them solve some of their most pressing challenges. Algaze explains, “The word smart is also being applied to cities now — so what does it mean to be a smart city, or at least a smarter one? Broadly speaking, it means an information and communication infrastructure (sometimes acronymed as ICT) that allows smart devices (like smartphones, automobiles, thermostats, water meters) to connect to smart infrastructure (problem reporting, traffic signals and information, parking systems, the electric grid, billing systems) to improve quality of life and productivity in cities.” In this article, I want to focus on the electric grid.

Algaze explains, “We have a connected electric grid that allows utilities to redirect power based on demand. What we don’t have — broadly deployed at least — is the intelligence to better monitor and control energy usage in homes, offices, factories, and warehouses, and to share that information effectively to better manage and conserve energy.” That’s not surprising considering most cities have been around for a long time and their electric grids have also been in place for decades. Although city planners hope to make all of their infrastructure smart, Dean Takahashi (@deantak) reports many cities are beginning with new buildings. “Smart cities are starting with smart buildings,” he writes, “such as the headquarters of the companies.”[3] Takahashi goes on to note that cities will only get smart when collected data is integrated and applied holistically across all urban systems. The electrical grid, however, is a good place to start. Takahashi explains, “GE, for instance, has street lights that use more energy-efficient LED lighting. It can instrument those lamp posts with sensors that can collect a lot of data, such as gunfire locations. It can turn that information over to ShotSpotter, which tracks gunfire locations in cities.” He notes that smart street lamp posts can also gather data on traffic, weather, movement of people, pollution, and so forth. “It’s all about driving better management, efficiency, and cost awareness in cities,” he writes, “as well as reducing traffic congestion, lowering crime, and predicting behavior.”

“There are a lot of factors that need to considered before designing a smart city,” explains Nick Ismail (@ishers123‏), “from the strength of connectivity to the integration of infrastructure. … Infrastructure modernization will be essential for the successful transition from current to smart cities.”[4] He reports that last fall a company called Totem introduced an energy solution that reimagines and redesigns smart utilities. He writes, “The platform, according to Totem combines distributed energy, communications, EV charging and lighting into a single, powerful product that weaves these capabilities directly into a built environment.” Totem’s product looks like a large, artificial tree containing solar panels, batteries, wi-fi, cellular capabilities, lighting, and charging stations. Totem believes smart cities of the future will develop around something it calls the Enernet, “a dynamic, connected and distributed energy and communications network.”

Of course, traditional power companies are not going to sit idly by and watch upstarts like Totem displace them. They are working to develop smart power grids that leverage artificial intelligence to make them more efficient. Deon Newman (@deonnewm), an IBM executive, reports, “For business owners, operations represent 71% of the total cost of a building over its lifespan.”[5] He goes on to explain, “The Internet of Things, powered by cognitive computing, can help [businesses] tap new sources of data to help solve a multitude of business challenges.” One of those challenges is improving energy consumption. According to Newman, cognitive computing can help companies “learn from energy use patterns and recommend ways to improve energy management.” Power companies can also use cognitive computing to help manage electricity flowing through the grid. When consumers and power companies team up, cognitive computing platforms can help automatically adjust how systems and machines use power.

Although this article focuses on the power grid, smart cities are based on a number of transformational technologies that must be integrated to achieve maximum benefits. Those technologies include: sensors, the Internet of Things, cognitive computing, and broadband connectivity. All of those technologies depend on a reliable source of power. Beverly Macy (@BeverlyMacy) explains, “Broadband must … be part of the infrastructure conversation as cities and communities realize that the infrastructure of connectivity and access to information is a critical component to new industries and new jobs. Those roads and bridges will be smart roads and bridges — embedded with sensors. Those new airports and waterways and food distribution networks and new electric grids will require smart infrastructure for managing and analyzing data.”[6] Smart cities require smart people and, according to Macy, smart people won’t be attracted to cities without smart infrastructure. “It’s … dawning on cities and municipalities all over America,” she writes, “that they need to attract a new, young workforce well versed with skillsets to support robotics, sensor-related industries for IoT, autonomous vehicles, digital healthcare, and cyber security that will empower this new infrastructure.” Brookings’ analysts, Adie Tomer (@AdieTomer) and Rob Puentes (@rpuentes), bluntly state, “No industry or household in the world, will reach their future potential without access to broadband, it is the electricity of the 21st century.”[7] Even if broadband is the “electricity of the 21st century,” it still requires real electricity.