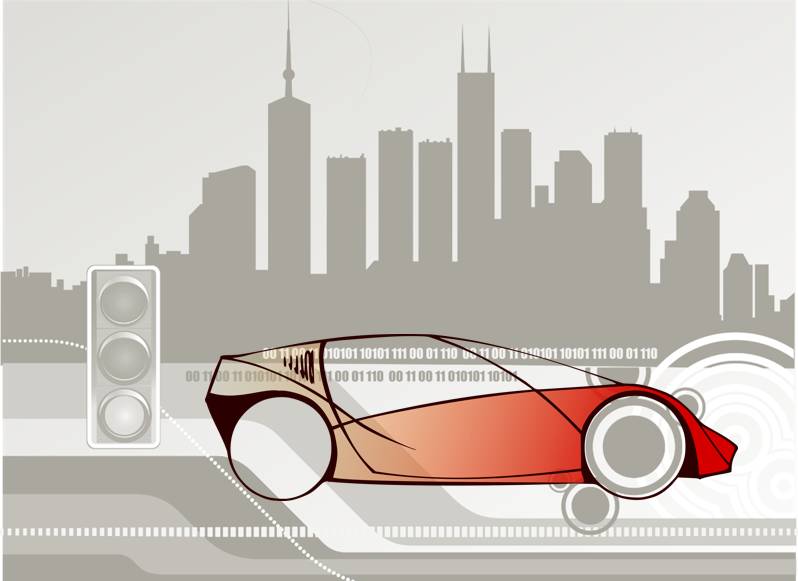 “The reason why we think about and talk about smart cities,” former U.S. Transportation Secretary Anthony Foxx (@SecretaryFoxx), told an audience, “is because we recognize that we don’t have infinite resources, and we want to be smart about how we use those resources.”[1] One of the resources cities possess is roads; but, anyone who has ever tried to navigate busy city streets knows they are indeed a limited resource. Foxx said, “The progress cities can make to become smart cities could set off the next revolution in American transportation.” The smart cities movement emerged when big data became available and advanced analytics and artificial intelligence matured enough to draw insights from it. Urban planners realized big data insights could help them use limited resources more efficiently and effectively. Foxx noted this is just as true for transportation systems as it is for any other city system. “What I’m telling you is that nostalgia is not data-based,” Foxx told his audience. “If we want to build a system for our people, we have to believe our data.”

Boston Consulting Group (BCG) analysts agree with Foxx that an urban transportation revolution is afoot. At the heart of this revolution, they assert, you will find self-driving vehicles. “It promises to be the most far-reaching advance in mobility since the invention of the automobile itself,” they write, “but its biggest impact won’t be felt on the highway. Cities are where self-driving vehicles (SDVs, which are also known as autonomous vehicles) are most likely to fundamentally change — for the better — how people live, work, and, of course, get around.”[2] They go on to note, “Our research indicates … that widespread urban adoption of SDVs and ‘robo-taxis’ (and, especially, shared self-driving taxis) could result in a 60% drop in the number of cars on city streets, an 80% or greater decrease in tailpipe emissions, and 90% fewer road accidents. The impact of SDVs in cities will be outsize, because cities are both our biggest and our fastest-growing population centers.”

Mathias Mitteregger, a professor of Architecture and Spatial Planning at the Vienna University of Technology, states, “Autonomous driving, according to our thesis, will decisively change the morphology of the cities, the type of municipalities and urban governance.”[3] Some of Mitteregger’s work is being funded by the Daimler and Benz Foundation. It may surprise some people to know that automakers are actively involved in studying the impact of SDVs in urban settings even though their widespread adoption means selling fewer, not more, vehicles. Jackie Snow (@jackiesnow) talked to subject matter experts who helped predict “the top five ways autonomous vehicles will change the transportation landscape in U.S. cities — and alter life for residents.”[4] They are:

1. AVs will transform the use of space. “The biggest difference cities will see when autonomous vehicles replace drivers will be how roads and parking spaces are used. ‘Most of our urban landscape is built assuming someone is going to drive and park,’ said Blaine Leonard, the director of Utah’s Department of Transportation of intelligent-transportation systems. With autonomous vehicles, driving will be more efficient. On highways, according to Leonard, a lane can move about 2,000 cars per hour. With autonomous vehicles, those numbers could go up 3,000 or 3,500 cars per lane per hour and reduce the need for building more roads. Parking could be even be more efficient, and one study notes that 30% of the traffic in the central business districts of San Francisco and Los Angeles traffic is due to drivers looking for parking spaces. Laws around how many parking spots must be built per commercial or residential buildings could also be reduced. … It needs to be done with a plan, however, otherwise the spaces could turn into unused, uncared for spaces.”

2. Some infrastructure will be changed. “Improving paint jobs on the roads for lane lines and developing uniformed street signage will help the cars ‘see’ better, but most roads are ready as they are for autonomous vehicles. After all, the testing is already happening on typical streets and highways. ‘One of the nice things of the autonomous vehicle is we can do away with a lot of the infrastructure,’ said Christos Cassandras, a professor of engineering at Boston University. … Traffic lights, which can be expensive, will also not be necessary. Or, if cities decide to keep them, they can be upgraded to talk to cars. In Salt Lake City, city buses are using dedicated short-range communications radios to ‘talk’ to traffic lights on an 11-mile corridor. If the bus is running late, it can get preference at the lights. … One infrastructure project that will likely happen involves installing fiber network and sensors along the roads that will get and provide data to self-driving cars. Utah has been building fiber along its highways for almost 20 years, and has nearly reached the entire length of I-15, its main interstate. Also, as part of Ohio’s smart cities project, the state said it will spend $15 million to install fiber along a highway as a testing ground. Installing fiber and sensors could give researchers and cities data about traffic, and could also help projects like smart traffic lights.”

3. Incomes will be altered. “There’s been a lot of talk about how autonomous vehicles will disrupt the trucking industry, with the U.S.’s first driverless delivery of 21,000 cases of Budweiser dropped off in Colorado Springs last October. The trucking industry employs 1.7 million Americans and was the most common profession in 28 states in 2014. If you add delivery, taxi and ride-share drivers, that number goes up to 4 million. New York brought in $565 million dollars in parking tickets last year, and some places like Louisiana fund their public defenders with parking tickets. Of course, with less accidents and road work needed, there could be cost savings. Any gaps could be filled by taxing self-driving companies and robots, but more problem-solving on that front is needed.”

4. Citizens will need preparation for riding — and crashing. “In 2015, traffic deaths increased more than they had in half a century, according to data by the National Safety Council. The data shows that 38,300 people were killed on U.S. roads in 2015. Out of those, about 94% can be attributed to human error, according to Leonard. ‘This technology will greatly reduce these numbers,’ he said. Acceptance ratings vary from state to state, but Leonard said that as more drivers experience or see autonomous vehicles on the road, the comfort level should go up. … Even with these improvements, however, autonomous vehicles will still have accidents. Cities and their citizens need to be prepared to accept that no system is perfect.”

5. Cities will need to roll with the punches. “For as much preparation as cities can do, there are still a lot of unknowns. One shared autonomous vehicle could replace 10 privately-owned vehicles, according to a study from University of Texas. But if autonomous vehicles become so comfortable, public transit users could decide to switch to an autonomous car for their commute. ‘What we don’t know is what you will do as a consumer,’ Leonard said. Other social changes due to technology, like more workers telecommuting and moving away from the cities, further makes it hard to plan. But with autonomous vehicles, cities have a shot at getting the data they need to build smartly.”

BCG analysts conclude, “While technological development continues apace, SDV stakeholders are also addressing the societal, legal, and regulatory issues that will arise as these vehicles come to market. Urbanites — policymakers, planners, companies, and ordinary residents who have a stake in the world’s cities — will want to be involved as the city of the future, which might be very different from the cities we know now, takes shape around SDV technology and other advances in mobility.” Although most discussions of urban transportation focus on the movement of people, it’s just as important to consider the movement of goods. Urban logistics is an area that will also be impacted by SDVs and planners need to ensure that supply chain professionals are also included in any stakeholder discussions.