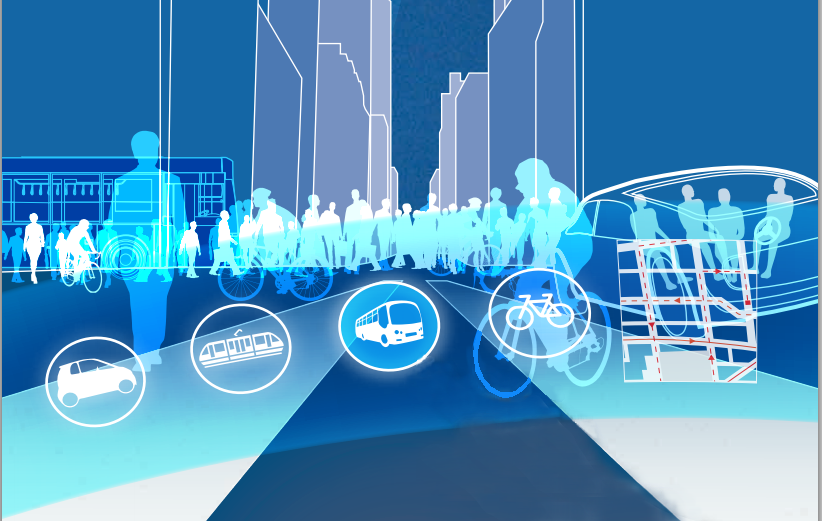 We’ve all heard the question, “Which came first the chicken or the egg?” A similar conundrum could be brewing in the transportation arena. Which comes first smart cities or driverless vehicles? According to a report by the National League of Cities entitled City of the Future: Technology and Mobile, that’s a question that urban planners and city fathers are going to have to address; but, to date, apparently not many have done so. Sean Kinney reports, “The report authors found that most cities don’t have clear plans for fostering transportation innovations. Similarly, many cities are not implementing the not-too-distant future of autonomous vehicles into long-term transit planning.”[1] Brooks Rainwater (@BrooksRainwater), Director of the NLC Center for City Solutions and Applied Research, told Kinney, “Our collective thoughts on the future of transportation have moved from DeLoreans to driverless cars in what seems like the blink of an eye.” In the Executive Summary, the report’s authors note, “Creating a transportation network — a platform for commerce and human interaction — is one of the oldest and most important functions of government.”

Even though commerce appears to have a prominent place in their thinking, the authors quickly focus on the people part of the equation without mentioning the commercial part. “Technology is leading cities to more dynamic transportation systems,” they write, “where people shift seamlessly between multiple modes depending on their needs. The ultimate goal of cities must be to combine different transit modes into a coherent whole, so that moving from place to place is easy, equitable and enjoyable.” Too many smart cities transportation discussions focus on moving people and ignore the equally important challenge of moving goods and services across the urban landscape. As result, plans for making cities more user-friendly can actually exacerbate the problem. Autonomous vehicles could be a part of the solution; but, the report states that only “6% of [current urban transportation plans] consider the potential effect of driverless technology.” Considering how much effort car companies (and other organizations, like Google) are putting into driverless technologies, this seems foolishly short-sighted.

Boston Consulting Group analysts note, “The widespread adoption of [autonomous vehicles (AV)] could eliminate the more than 30,000 annual U.S. road fatalities, improve travel time by as much as 40 percent, recover up to 80 billion hours lost to commuting and congestion, and reduce fuel consumption by as much as 40 percent. Those societal benefits could be worth as much as $1.3 trillion in the U.S. alone, according to various studies. Consumers are keen to embrace AVs. Moreover, it’s likely that AVs can be manufactured and marketed affordably and profitably.”[2] I disagree with that assessment on one slight point. Although autonomous vehicles will significantly reduce traffic fatalities, they won’t eliminate them. I can state this with some certainty because human-controlled vehicles are likely to interact with autonomous vehicles for decades and humans have a way of throwing a wrench into otherwise well-oiled systems. Additionally, autonomous vehicles are likely to be involved in fatal accidents even if human-controlled vehicles aren’t involved. In fact, researchers at MIT believe that autonomous vehicles must be programmed to kill.[3] They are not referring to the creation of killer cars, but vehicles capable of making difficult decisions in ethically challenging conditions. “[Autonomous vehicles] can never be perfectly safe,” the article states. “And that raises some difficult issues. How should the car be programmed to act in the event of an unavoidable accident? Should it minimize the loss of life, even if it means sacrificing the occupants, or should it protect the occupants at all costs? Should it choose between these extremes at random? The answers to these ethical questions are important because they could have a big impact on the way self-driving cars are accepted in society. Who would buy a car programmed to sacrifice the owner?” Those are interesting questions, but beyond the scope of this article.

“Technology always goes through a complex process of launch, acceptance and diffusion before becoming cheap and accessible to the public and then it brings about radical change in the way people and cities function. Imagine smart, driverless cars connected to smart traffic signals via the cloud. The communication between them regarding routing, traffic relays and commuting in general could instantly lead to more efficient traveling and traffic management. … Once companies like Google perfect their design and autonomous robot cars become more commonplace, situations in which you are being driven to work while doing important things such as managing budgets, typing up reports, attending to client calls or reading the morning paper, will become the norm. The less dependent cities become on human intervention, the more they will change.”

Like too many other pundits, van Hooijdonk focuses on the people side of the equation and ignores the commercial side. Adie Tomer (@AdieTomer) reports, “While trucking is often pigeonholed as a long haul interstate highway phenomenon, the industry is increasingly urban.”[5] Although driverless trucks may one day deliver goods to warehouses in and around cities, they are unlikely to be welcome on city streets that are likely to remain crowded. Yet getting products into urban stores is essential. Tomer writes, “Ideally, metropolitan areas and their state and federal peers will recognize that urban freight isn’t going away, and begin to design policies to address the new reality of the modern metropolis.” The solution will probably come in the form of smaller autonomous vehicles specifically designed to move easily through metropolitan streets. A good example of what such vehicle could look like is the WEpod: the first-ever driverless shuttle to travel on public roads.[6] Although the WEpod was designed as a people mover, there is no reason that shuttles of that size (or slightly larger) couldn’t be converted to platforms that can shuttle products rather than people. Another urban challenge is the so-called “last mile” challenge — getting packages to a consumer’s doorstep. A new startup called Starship Technologies made news recently when it announced its plans to develop a fleet of small, autonomous electric vehicles that can deliver packages from a local hub or stores in 5 to 30 minutes.[7] And an Israeli industrial designer named Kobi Shikar has developed a concept he calls the Transwheel Delivery Drone, “a sensor-packed motorized unicycle” to solve the last-mile challenge.[8]

At the heart of all these autonomous vehicles concepts lie artificial intelligence algorithms and connectivity to the Internet of Things. That raises safety concerns about how secure the networks and software are going to be that foster this bold new vision. Those concerns still need to be addressed. Another topic that deserves more attention is how cities are going to replace revenue lost from traffic and parking violations in the new transportation environment. The National League of Cities believes these questions are going to have to be answered sooner than most people think.