Home » Targeted Marketing » Should We Change the Name of Generation Z? 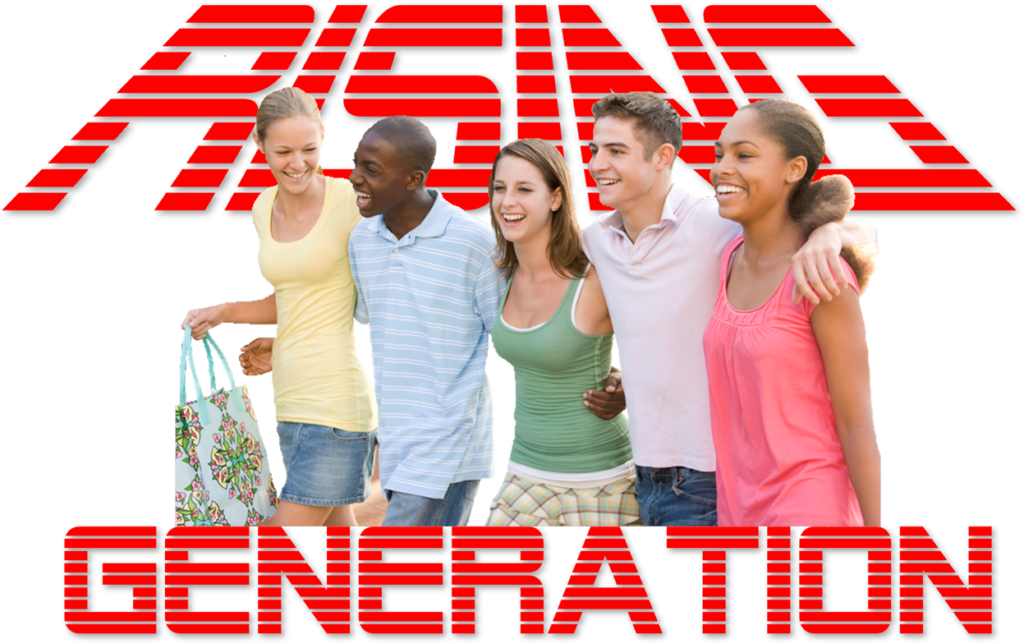 The marketing world loves to target consumers by age — grouping them into so-called “generations.” The latest generation to be targeted has been given the nickname Generation Z. Since this group of young people — those born between 1995 and 2012 — are young and very aware of the world around them, it wouldn’t surprise me if they renamed themselves in light of the Russian invasion of Ukraine. Why? Because “Z” has become a cult-like symbol for supporting Vladimir Putin’s war. The Economist explains:

“In cyrillic, the letter ‘Z’ is written ‘З’. But since Vladimir Putin launched his latest invasion of Ukraine on February 24th, the Latin form has proliferated inside Russia. … The Z’s adoption several days into the operation suggests the planning for Russia’s information war may have been just as haphazard as the shooting war plans appear to have been. … The Z has never been associated with Mr. Putin’s regime before, and has none of the long-cultivated symbolism of other notorious icons, such as the Nazi swastika, to which Ukraine’s defense minister has compared it. Yet the Z has already become a chilling shorthand. Opposition figures and others who have spoken out against the war inside Russia say they have found the letter scrawled on their apartments; agents from Russia’s security services left a Z inside the office of Memorial, a storied human-rights group, following a raid of the premises. Russian officials have adopted it to demonstrate allegiance to their leader. More than anything, Z is now for Putin.”[1]

Outside of Russia, members of Generation Z aren’t likely to be thrilled to be associated with the heinous acts being carried out by the Putin regime. Kathy Sheehan (@kjson15st), a Senior Vice President and Trends Maven at Cassandra, indicates that Gen Zers, along with Millennials, are activists who are pushing companies to make a positive impact in the world. As she puts it, “Gen Z [and] Millennials drive brands to achieve [the] Halo Effect.”[2] She explains, “The halo effect occurs when a brand wins favoritism within a subset of consumers by meaningfully championing causes. A brand halo signals to other like-minded consumers the brand should be trusted, valued — and, most importantly, purchased.” If the letter “Z” continues to maintain its relationship to Putin, these civic-minded consumers are unlikely to be happy with any link to the letter. However, renaming the generation won’t be easy because once a moniker attains a certain level of “stickiness” it’s hard to shake.

Liz Aviles, a Vice President for Market Intelligence at Upshot, writes, “Every generation’s youth has a role to play in shaping culture and influencing how brands behave in public.”[3] She believes Gen Zers are going to be a particularly strong force to be reckoned with. She explains, “Today’s youth are still shaping culture and influencing how brands behave, communicate and grow. But they are doing so by iterating language and imagery, broadcasting who they are and what they love, and demonstrating an absurdist sense of humor (see all memes) as they cope with lives turned upside down — accelerated by the pandemic — during a formative life stage. Gen Z is pushing brands to dispense with the BS, contribute to social progress, ease their considerable anxieties, and help them course-correct the imperiled planet they and their children will inherit. Expect more brands to wake up to that power and influence, especially as that cohort sets the terms for what’s next in a changed, post-Covid marketplace.”

Aviles cites an article from the Harvard Business Review, which noted: “Today’s consumers, and Millennials and Gen Z specifically, expect companies to establish and advance clear stances on social or political issues. They are increasingly using the power of their pocketbook and social media feeds to shape corporate behavior.” As a result of this behavior, she calls this “moment of brand reckoning ‘GenZ Rising’.” Marketing expert Ray Schultz (@rayschultz) observes, “Gen Z is rapidly becoming the most-studied generation, outpacing their millennial seniors. And some things we’re learning about them are surprising. … For instance, Gen Z is less worried about personal privacy than older generations — 50% feel they have control of their data.”[4] Remember, they’re young. And they are concerned about their privacy. According to Dmitry Atamanyuk (@AtamanyukDmitry), CEO of Global Digital Marketing Group, “88% of Gen Zers say that protecting privacy matters to them.”[5] When it comes to being civic-minded, Schultz reports, “[Gen Zers] get excited about brands that use ethically sourced materials. And they are turned off by a lack of transparency, while 23% ranks authenticity as important.”

Working with The Harris Poll, the National 4-H Council conducted a survey with members from Generation Z and found, “Addressing climate change NOW is top of mind for 84% of teens. They believe that waiting to act will be too late for future generations. … More than 80% feel the responsibility of the planet falls on everyone and demand that corporations and the government do more. … Gen Z has lots of concerns about their future and climate change, including making decisions about careers they’ll pursue and where they’ll live.”[6]

Schultz reports that brands should probably adopt a mobile-first approach when trying to reach members of Gen Z. “Of those polled,” he writes, “75% use their smartphones to buy things, compared to 69% of millennials. And they are more likely to seek the recommendations of online influencers.” He also reports that Gen Z preferences differ by gender. “Males outpace females in making frequent purchases based on ads — 43% to 27%.” In addition to being mobile-buyers, Gen Zers love video and images. Schultz reports, “Males and females alike love YouTube. Indeed, 49% of Gen Z gets their news and information from YouTube, compared to 37% of millennials. But females go more for TikTok, Snapchat and Pinterest, while males prefer Twitter and Instagram.”

Gen Zers are also more nostalgic than Millennials. Nearly half of them prefer shopping in stores than online.[7] They also eschew the minimalism of Millennials. Hamish Campbell (@Hamish_Campbell), Vice President and executive creative director at Pearlfisher, reports, “We’re now into maximalism.”[8] And, when designing products, “he emphasizes Gen Z’s creativity, mixed with their penchant for nostalgia.” According to Atamanyuk, companies ignore Generation Z at their peril. He explains, “With over $140 billion in spending power, Gen Zers have turned the world of business and advertising upside down.” If you are thinking that Gen Zers are too young to matter, think again. Atamanyuk reports, “According to IBM Institute for Business Value, approximately 70% of Gen Zers impact family purchasing decisions on various products and services.” He concludes, “Brands that contribute to the environment and society have greater chances of appealing to Gen Z. In particular, this generation is interested in social issues, such as higher education, economic security, physical and mental health, race and gender equity, civic engagement, climate change and so on.”

Sheehan concludes, “Gen Zs and Millennials have been demanding rapid change within society, but when brands cannot adapt quickly enough, they rely on tech to ensure they spend money on businesses taking action now, not someday.” With their obvious concern about societal issues, they are well-aware of the negative connotations currently associated with the letter “Z” and it will be interesting to see if they come up with a better name by which to identify themselves. According to Atamanyuk, “Gen Z wants to participate.” They love games, smart TVs, and social causes. Maybe they should be called Activists instead of Gen Z.