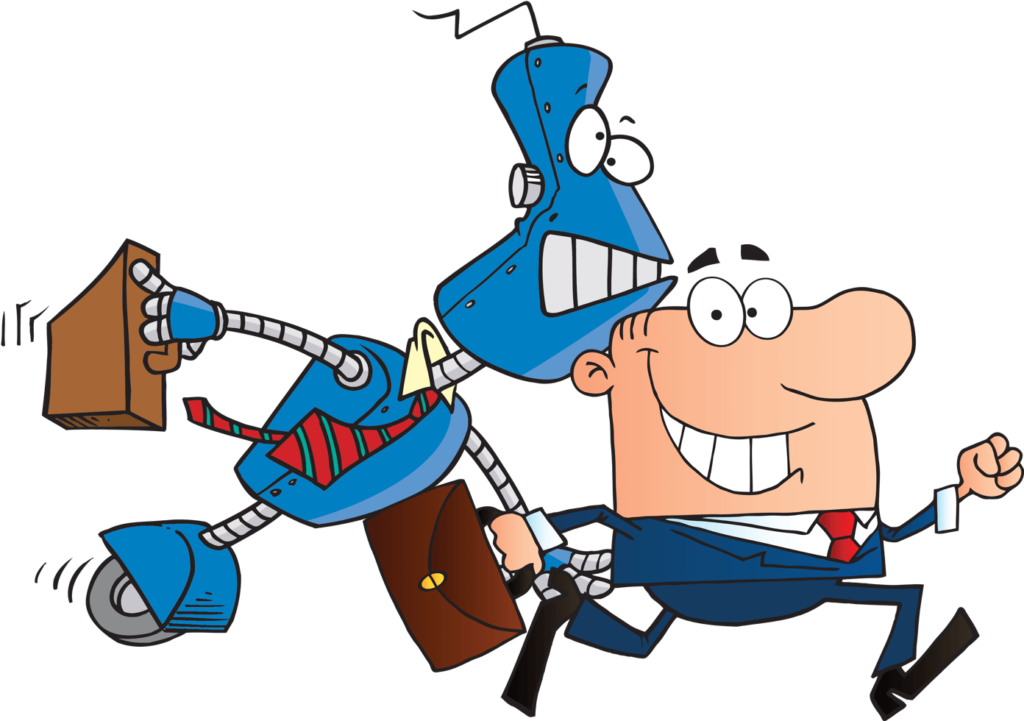 The world suddenly seems a bit gloomier place with many countries turning inward and taking a narrow, national view of events. If you don’t find politics depressing, MIT’s Simon Johnson (@baselinescene), a former chief economist of the IMF, and Jonathan Ruane (@jonruane), co-founder of MIT’s Global Business of Artificial Intelligence and Robotics course, offer a few more reasons to worry about the future. “The world has no shortage of pressing issues,” they write. “There are 1.6 billion people living in acute poverty; an estimated 780 million adults are illiterate. Serious problems are not confined to the developing world: ‘deaths of despair,’ for example, are raising mortality among white males in the United States. Even when advanced economies grow, they are not lifting all boats. Higher-income groups thrive while lower-income households and minority groups are consistently left behind. And now some analysts suggest that new forms of computer programming will compound these developments, as algorithms, robots, and self-driving cars destroy middle-class jobs and worsen inequality. Even the summary term for this technology, Artificial Intelligence, sounds ominous. The human brain may be the ‘most complex object in the known universe,’ but, as a species, we are not always collectively very smart.”[1]

Filled with such thoughts, you might think Johnson and Ruane would have a difficult time dragging themselves out of bed each morning to face this troubled world. You would be wrong. In fact, they are optimists. “Recent breakthroughs in AI-related technologies,” they write, “offer enormous potential for positive advances in a range of applications from transportation to education and drug discovery. Used wisely, this boost in our computational abilities can help the planet and some of its most vulnerable citizens. … We can increase productivity in our factories and reduce food waste. More broadly, we can improve prediction far beyond the ability of conventional computers. Think of the myriad activities in which a one-second warning would be useful or even lifesaving.” Puga Sankara, a Principal at Smart Gladiator, writes, “We are at a cusp of a major transformation of everything, that will usher us into a new age called the Smart Machine Age (SMA).”[2] Sounds great, right? Unfortunately, Sankara doesn’t seem to share Johnson’s and Ruane’s optimism. “The impact of the SMA is bigger than the industrial revolution,” he writes. “The level of automation is going to eliminate so many jobs and we are all going to be out of jobs.”

Many people have a difficult time understanding how intelligent subject matter experts can perceive such different futures. We shouldn’t be surprised. Humans have never been very good about predicting the long-range future. Sankara sees a very dark future. “Machines are getting smarter day by day,” he writes. “They are now able to tackle both cognitive and non-routine manual tasks that were previously that used to be the exclusive purview of humans. Technology is beginning to replace knowledge workers, people who believed their professions were immune to automation, including accountants, business managers, doctors, lawyers, journalists, researchers, architects, higher education teachers, and consultants. Smart technologies will become ubiquitous, invading and changing many aspects of our professional and personal lives and in many ways challenging our fundamental beliefs about success, opportunity and the American dream.” That view of the world makes you want to stay in bed, pull the covers over your head, and curl into a fetal position. Johnson and Ruane, however, see a different future. “There are three reasons,” they write, “why the jobs apocalypse is on hold.” Those reasons are:

“First, Moravec’s paradox applies. Hans Moravec and other computer scientists pointed out in the 1980s that what is simple for us is hard for even the most sophisticated AI; conversely, AI often can do easily what we regard as difficult. Most humans can walk, manipulate objects, and understand complex language from an early age, never paying much attention to the amount of computation and energy needed to perform these tasks. Smart machines can perform mathematical calculations far exceeding a human’s capabilities, but they cannot easily climb stairs, open a door, and turn a valve. Or kick a soccer ball. Second, today’s algorithms are becoming very good at pattern recognition when they are provided with large data sets — finding objects in YouTube videos or detecting credit card fraud — but they are much less effective with unusual circumstances that do not fit the usual pattern, or simply when the data are scarce or a bit ‘noisy.’ To handle such cases, you need a skilled person, with his or her experience, intuition, and social awareness. Third, the latest systems cannot explain what they have done or why they are recommending a particular course of action. In these ‘black boxes,’ you cannot simply read the code to analyze what is happening or to check if there is a hidden bias. When interpretability is important — for example, in many medical applications — you need a trained human in the decision-making loop.”

Johnson and Ruane do offer a word of caution. “Of course,” they state, “this is just the state of technology today — and high rates of investment may quickly change what is possible. But the nature of work will also change. Jobs today look very different from jobs 50 or even 20 years ago.” Jeff Schwartz (@JL_Schwartz), a Principal at Deloitte Consulting LLP, agrees with Johnson and Ruane that the nature of work is changing; and, they see technology augmenting rather than replacing workers. “As artificial intelligence (AI), robotics, and cognitive tools grow in sophistication,” Schwartz explains, “almost every job is being reinvented, creating what many call the augmented workforce. Today this trend is gathering speed, causing many organizations to reconsider how they design jobs, organize work, and plan for future growth.”[3] When you think about it, an augmented workforce makes a lot more sense than a displaced one. Johnson’s and Ruane’s point — some things that are easy for humans are difficult for machines and some things that are easy for machines are difficult for humans — means it will be easier (and probably cheaper) to augment workers than replace them in many of today’s jobs as well as in jobs yet to be created. Schwartz writes, “How can companies achieve the greatest value from automation while balancing the short- and long-term consequences of this change to their organizations, jobs, and workforce? The answer lies in rethinking work — with careful planning and collaboration across functional lines.” He continues:

“The shift from full-time employees to a workforce augmented by both technology and crowdsourced labor is one of the more challenging human capital trends on the horizon. It upends the familiar concepts of what a job is, what work really means, how the workforce is trained and selected, and how the workplace is designed. It’s all too common to hear fears expressed about the potential negative effects of AI and automation, but [respondents who contributed to Deloitte’s 2017 Global Human Capital Trends report] are optimistic. Only 20 percent expect these technologies to reduce the number of jobs; 77 percent say they will either retrain people to use technology or redesign jobs to take better advantage of human skills. At the same time, while the adoption of robotics is happening quickly, many companies’ ability to re-skill and reorganize around automation lags behind.”

We can’t afford to be too Pollyannish about the future. Even if fewer than predicted jobs are lost to automation, some workers are going to feel the pain. There are no guarantees that newly created jobs will be found in the same geographic areas where jobs are being lost. Some laid off workers may not be able to be retrained or reskilled. Change is always hard and big changes are coming. Technology has always been used to relieve workers of tedious, repetitive tasks. That trend will continue. Unfortunately, our vision is too limited to know what exactly happens next. We do know that putting everybody out of work would have disastrous social and economic consequences.

There are certainly plenty of reasons to question what the future holds. The good news is that we can help shape that future. Johnson and Ruane conclude, “Public policy decisions will shape the AI era. We need opportunity and competition, not the growth of powerful monopolies, in order to promote technological progress in a way that does not leave a large number of people behind.” Our educational systems need to train students to succeed in a technological world that is constantly and rapidly changing. We need to establish public/private partnerships to retrain and reskill (and possibly relocate) displaced workers. And we need to embrace the idea that an augmented workforce is a much better outcome than a displaced workforce. In the end, even Sankara agrees we must learn to work with machines. “Most of us will have to train our cognitive, emotional, self-management muscles to excel at the new smart behaviors that underlie the thinking and emotionally engaging skills that separate us from smart machines,” he writes. “We need to embrace this new smart and cultivate humility. The new environment must be designed to reduce the two biggest human learning inhibitors: ego and fear.”