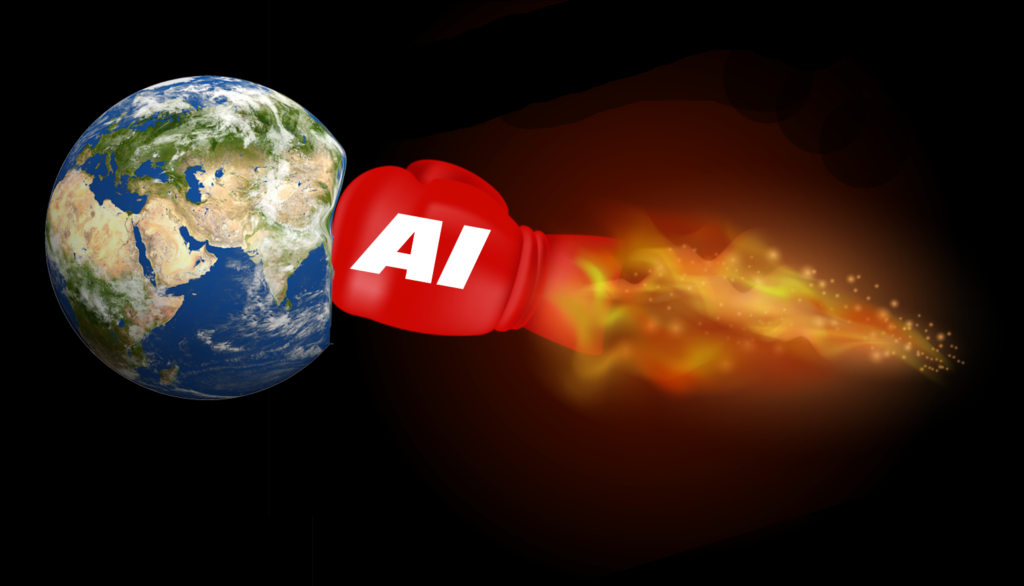 The debate continues about whether artificial intelligence (AI) systems are really that intelligent. Within this debate, questions about AI abound. Those questions range from “are they destined to rule the world?” to “can they really benefit a company’s bottom line?” Back in 2014, the late physicist Stephen Hawking warned that “the development of full artificial intelligence could spell the end of the human race.” He was followed a few years later by entrepreneur Elon Musk, who, in 2017, stated, “AI is a fundamental risk to the existence of human civilization.” On the other hand, Jonathan Vanian (@JonathanVanian) reports, “Artificial intelligence is so important for business success, [surveyed] executives said … that most of them fear their companies will fail without it.”[1] At the same time, Arvind Narayanan (@random_walker), an associate professor at Princeton, asserts, “Most of the products or applications being sold today as artificial intelligence are little more than ‘snake oil’.”[2] Little wonder the AI debate continues to rage.

Whether you fear AI or believe it to be snake oil, journalist Mike O’Sullivan writes, “We are at a stage where AI is advancing towards AGI or Artificial General Intelligence, where computers can learn and begin to think like humans. … The broader emerging debate around AI give us a sense that in the new world order that is being formed, there are multiple, complex axes. For example, much is made of the growing strategic rivalry between the USA and China, and part of this rivalry will surely focus on AI. … Within these large regions, another line of tension will run between humans and the impact that AI has on their lives.”[3] He concludes, “It is not controversial to say that most governments are far behind where they need to be in understanding and better marshalling the effects of AI on our lives.” In this article, I want to discuss some of AI’s impacts in the business world.

Tech writer Gil Press (@GilPress) observes, “Artificial intelligence is today’s most discussed and debated technology, generating widespread adulation and anxiety, and significant government and business interest and investments. But six years after DeepMind’s AlphaGo defeated a Go champion, countless research papers showing AI’s superior performance over humans in a variety of tasks, and numerous surveys reporting rapid adoption, what is the actual business impact of AI?”[4] Press notes that most systems currently labeled as AI are, in fact, better classified as machine learning. “Indeed,” he writes, “‘machine learning’ (a term coined in 1959) … is what today’s ‘AI’ is all about.” Eric Siegel (@predictanalytic), a former computer science professor at Columbia University, agrees. He explains, “The much better, precise term [for AI] would instead usually be machine learning — which is genuinely powerful and everyone oughta be excited about it.”[5]

Why should business executives be excited about machine learning? Journalist Elizabeth Hunvio reports, “Research has shown that 45% of total economic gains by the year 2030 will be from stimulating consumer demand, and product enhancements — all because AI will drive greater product variety, with increased attractiveness, personalization, and affordability over time.”[6] She notes there are many ways machine “intelligence” is currently used, including:

These are not mutually-exclusive tasks. The Enterra Autonomous Decision Science™ platform can perform all of those functions. However, the primary focus of the system is on decision-making. Improved decision-making has an enormous impact on business success. Bain analysts, Michael C. Mankins and Lori Sherer (@lorisherer), explain, “We know from extensive research that decisions matter — a lot. Companies that make better decisions, make them faster and execute them more effectively than rivals nearly always turn in better financial performance. Not surprisingly, companies that employ advanced analytics to improve decision making and execution have the results to show for it.”[7] Press adds, “A survey of 30,000 American manufacturing establishments found that ‘productivity is significantly higher among plants that use predictive analytics.'”

Of course, the impacts of AI go beyond business. Analysts from IndustryTrends note, “These days, AI is more common than one may think, as it is being used worldwide across multiple industries, including health care and finance. Intelligent assistants like Alexa and Siri, self-driving cars, conversational bots, email spam filters, and Netflix’s recommendations are some examples of artificial intelligence, so it would be safe to say that one may contact an AI daily.”[8]

Making AI Work for Your Company

Journalist Madhurjya Chowdhury insists, “The use of artificial intelligence in the company is fundamentally altering the way firms operate. Companies are implementing artificial intelligence technologies into their company processes in order to save money, increase efficiency, provide insights, and create new markets.”[9] The reason companies need to leverage AI, he explains, is because businesses need to be data driven. The conundrum companies face is that they are often drowning in data. “According to IDC,” he reports, “the amount of data generated globally by 2025 will reach 175 zettabytes (~ 175 billion terabytes), a staggering 430 percent growth over the 33 zettabytes generated in 2018.”

Although this “explosion in data will be a windfall for organizations committed to data-driven decision-making,” Chowdhury explains, “Organizations cannot profit from these massive data stores unless they use AI.” Analysis is what unlocks the value in massive datasets. When it comes to artificial intelligence, science and tech journalist Sara Ibrahim (@sara_ibrah) asserts, “The intelligence is in the data.”[10] Hervé Bourlard, Director of the Idiap Research Institute, told Ibrahim, “There are three things that make AI powerful in its own way: computing power, mathematical models, and vast and ubiquitous databases.” Without the datasets, computing power and mathematical models would have much less impact. Michael Liebling, head of Idiap’s Computational Bioimaging Group, told Ibrahim, “The limits of machines depend on the limits of data.” In other words, if you want to benefit from AI, those benefits begin by identifying the right data sources.

As O’Sullivan noted earlier in this article, “Most governments are far behind where they need to be in understanding and better marshalling the effects of AI on our lives.” That probably won’t change — technology always outpaces regulation. Alison Gopnik (@AlisonGopnik), a professor of psychology at the University of California, Berkeley, is much more worried about the cultural impacts of AI on society than she is about AI taking over the world. Specifically, she is worried about natural language processing systems, like LaMDA (short for Language Model Dialogue Application) and GPT-3. She explains, “These AI systems are what we might call cultural technologies, like writing, print, libraries, internet search engines or even language itself. They are new techniques for passing on information from one group of people to another.”[11]

While passing on information is generally a good thing, we now know that passing on misinformation and fomenting hatred can be enhanced by cultural technologies. Gopnik writes, “I think worries about super-intelligent and malign artificial agents, modern golems, are, at the least, overblown. But cultural technologies change the world more than individual agents do, and there’s no guarantee that change will be for the good. Language allows us to lie, seduce and intimidate others as much as it allows us to communicate accurately and discover the truth.” She concludes, “Every past cultural technology has required new norms, rules, laws and institutions to make sure that the good outweighs the ill, from shaming liars and honoring truth-tellers to inventing fact-checkers, librarians, libel laws and privacy regulations. LaMDA and GPT-3 aren’t people in disguise. But the real people who use them need to go beyond the conventions of the past and create innovative institutions that can be as powerful as the technologies themselves.”