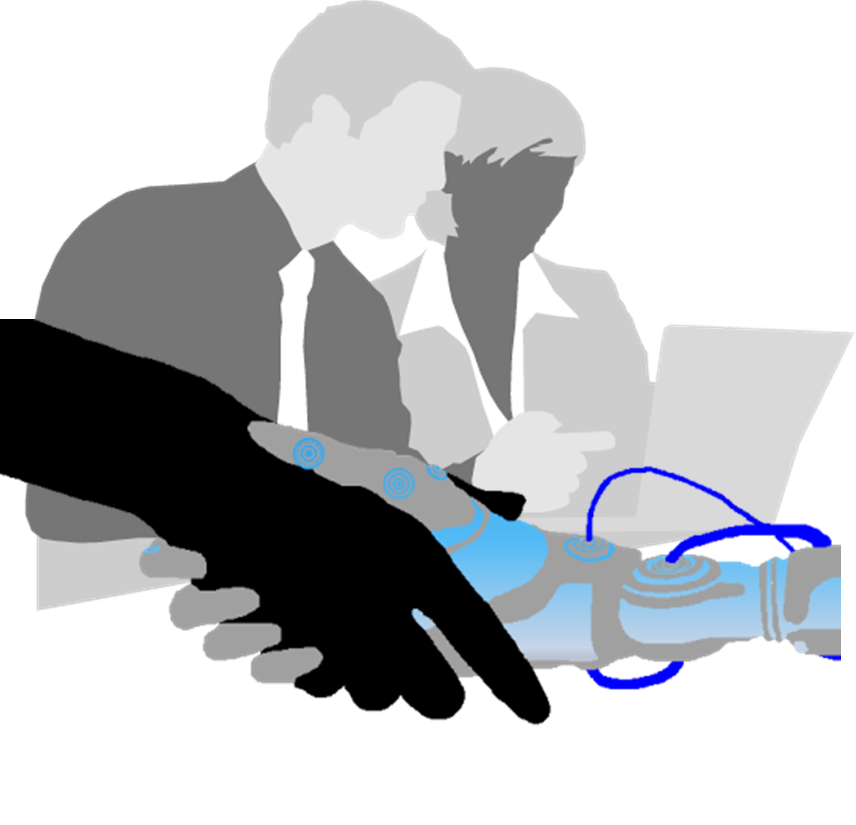 Back in 1933, MIT Professor Dugald C. Jackson wrote, “Those who allege that the general introduction of machinery has been the cause of an unfair, disparate distribution of wealth and an overall instability of employment in this age must have failed to examine the facts, upon which the truth of such allegations must rest.”[1] He then reminded readers of what working conditions were like before machinery helped improve productivity:

“The old-time work period, beginning before sunrise and ending after sunset, has been lifted from the poor. The early factory period, an 84 or even 90-hour week, has come down to the 48, 44, or even 40-hour week. The dignity of the human mind makes it appropriate to relieve man-labor by substitution of machine-labor in drudge work, and invention is accomplishing the result.”

Advancements in technology have often been aimed at relieving humans of having to do tedious, dangerous, or repetitive jobs. Many analysts worry, however, the rise of the Internet of Things (IoT), the maturation of artificial intelligence, and the introduction of advanced automation (i.e., robotics) is going to create a Fourth Industrial Revolution (i.e., Industry 4.0) that will displace millions of workers yet won’t create enough new and better-paying jobs to keep the unemployment rate in check. On the first point, there is near unanimity among analysts. Jobs are going to be lost to machines in large numbers. On the second point, however, there remains heated debate. I’m in the camp that believes we can manage Industry 4.0 in a way that both improves productivity and sustains jobs. The task won’t be easy and it won’t happen naturally. A two-pronged strategy will be necessary to ensure jobs sustainability in the future.

Industry 4.0 is not only going to change the manufacturing sector it is going to change society. Whether that societal change is for better or worse depends on how we manage it. After describing how the IoT and the technologies that connect to it could change the world, Sarah Murray (@seremony) observes, “When equipment can be fixed remotely and patients remain at home, engineers and nurses may need to take on different roles. For some companies, it will mean hiring people with new skills.”[2] She continues:

“The advent of smart thermostats such as Nest, for example, means plumbing and heating companies now need IT skills since a system breakdown may have as much to do with a broadband connection as with the pipes or the boiler. ‘It’s turned that industry on its head,’ says Tim Devine, a digital business expert at PA Consulting Group. ‘The guy running a boiler company, where the key still is engineering, pipes, gas and big chunks of metal, is now running an IT company.’ Internet of things technologies will also create a need for new services and business models.”

Just like automobile mechanics had to learn new skills when computers entered the picture, the emergence of the IoT means that a lot of other so-called “blue collar” jobs are going to become more technically challenging. It doesn’t mean that plumbing and heating skills are no longer required, but it does mean re-training and re-skilling is required — and this will be true in almost every sector of society. Ayesha Khanna (@ayeshakhanna1), Co-Founder and CEO of The Keys Academy, writes, “The industries of the future will require people creative and innovative enough to work with technology, not be replaced by it. And workers will need resilience and grit, because failure, more often than not, is part of the innovation process.”[3] Because companies see the skills gap growing, many of them are now working with or starting their own schools to ensure that graduates have the necessary skills to be productive the moment they enter the workforce. Khanna observes:

“In order for students to be better prepared, schools and companies will have to learn to cooperate more closely than ever before in the formation of the workforce. Several American companies are already working to close the gap. General Electric and IBM have both opened schools where students can benefit from a focus on math, engineering, and science. Udacity, the online education start-up founded by Stanford professor Sebastian Thrun, delivers certified courses in partnership with companies, giving students an edge over applicants who have undertaken only classroom study. According to The Economist, more than 70 companies, including Microsoft, Verizon, and Lockheed Martin — all struggling to find innovative and tech-savvy skilled employees — are working on similar models with schools.”

In the years ahead, displaced workers are going to require access to these types of schools to help them adjust to the new working environment. On-the-job training is not likely to be sufficient.

In their latest look at analytics trends, researchers at Deloitte note, “The newsstand rhetoric posits that smart machines will soon take over our jobs. Fear not — there’s still a place for us. Humans have always added value to machines as processes become automated, and this is likely to continue.”[4] Rather than displace all human workers, Deloitte analysts see automation augmenting human performance. They explain:

“As cognitive technology evolves, it is likely to become just another tool in the toolbox — very useful for the right application but not replacing traditional analytics capabilities that also complement the human thought process. The man-machine dichotomy is not ‘either-or.’ It is unequivocally ‘both-and.'”

Thomas H. Davenport (@tdav), a Distinguished Professor at Babson College and a member of the Deloitte team, concludes, “Many human jobs will persist because smart leaders will realize that augmentation — combining smart humans with smart machines — is a better strategy than automation. Organizations that care about innovation, agile response to change, and high-quality customer service will realize the value that humans bring to such essential attributes of contemporary business. We’re beyond the Industrial Age, and we should move beyond automation as a way to improve our businesses.”[5]

As President and CEO of a cognitive computing firm, I’m well aware of potential disruptive powers of cognitive technologies. At Enterra Solutions® we designed the Enterra Enterprise Cognitive System™ (ECS) — a system that can Sense, Think, Act, and Learn® — as a platform that can augment decision makers in the Industry 4.0 era. Although it’s capable of automating routine decisions (which could displace some workers), the ECS bolsters Industry 4.0 by generating actionable insights that help human decision makers deal with anomalies or other high-level, complex business decisions. At the same time, systems like the ECS create a need for individuals who can maintain the knowledge bases used by cognitive systems. There can be little doubt that displacing large numbers of workers without generating new jobs for them to fill is in no one’s best interests. The two-pronged strategy of re-training/re-skilling displaced workers and concentrating on creating cognitive systems that can augment the human workforce rather than replace looks like the best way forward.