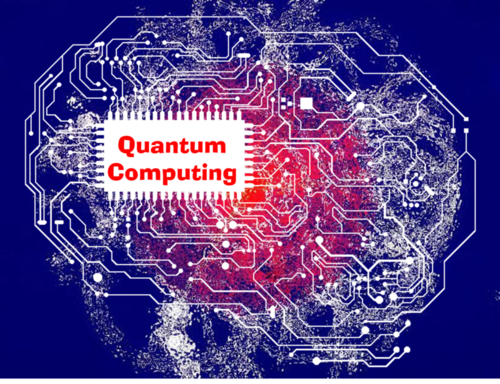 The debate over whether a universal quantum computer will ever be built is not over. Kelly Dickerson (@Kickerson13), however, has no doubts. “Superfast computers built on the bizarre principles of quantum physics are coming,” she writes, “and when they finally get here, they’re going to change everything.”[1] Before looking at Dickerson’s “awesome ways” that quantum computing could change the world, let’s examine why scientists are interested in quantum computers and the “bizarre principles of quantum physics” that are theoretically going to make them the ultimate solution for analyzing large, complicated problems. “Despite the well-known successes of computing machines based on digital logic,” writes Paul Lopata, a physicist at the Laboratory for Physical Sciences in College Park, Maryland, “some algorithms continue to be difficult to perform — and some problems are intractable not only on existing machines but on any practical digital-logic machine in the foreseeable future!”[2] He continues:

“One such path toward developing a ‘beyond-digital logic’ machine is in the field of quantum computing. Quantum computing is still in the early stages of its development, and most of its advances are being reported from universities and basic research labs. Three major insights have led to the current understanding that quantum computing technology may have a significant potential for solving some of these algorithmically intractable problems:

The European Commission’s Community Research and Development Information Service (CORDIS) explains, “Unlike conventional computers which store information as 0s or 1s, quantum computer use qubits which can be a 1 or a 0 or both at the same time. This ‘quantum superposition’, along with the quantum effects of entanglement and quantum tunnelling, enables quantum computers to work with all combinations of bits simultaneously. This is what makes quantum computation more powerful and faster than its conventional counterpart.”[3] Qubits are basic atomic particles (like electrons) that can be controlled in specific ways (like spin) to determine whether they become a 0 or 1 during calculations. Because qubits are so small, they are easily disturbed and those disturbances can create errors. Qubits are also difficult to create. Commonly they are created at temperatures near absolute zero and their lifespans are relatively short. Although the three pieces of the puzzle mentioned by Lopata all exist, putting them together into a functioning machine has proven elusive. Nevertheless, progress has been steady.

For example, last fall, an article in Scientific Computing reported, “Two research teams have found distinct solutions to a critical challenge that has held back the realization of super powerful quantum computers. The teams, working in the same laboratories at UNSW Australia, created two types of quantum bits, or ‘qubits’ — the building blocks for quantum computers — that each process quantum data with an accuracy above 99 percent.”[4] More recently, IBM has also claimed a breakthrough in “error-correction techniques that could maintain the integrity of computations performed using qubits.”[5]

“Even with cutting edge instruments that analyze temperature and pressure, there’s too many possible ways a given weather pattern can manifest itself, and current weather forecasting is an educated guess at best, Ray Johnson, a board member at the startup quantum computing company QxBranch, told Business Insider. Quantum computing could analyze all that data at once and give us a better idea of when and where bad weather will strike. We’d have advanced notice of major storms like hurricanes and the extra prep time could help save lives.”

“Quantum computing could streamline both air traffic and ground-based traffic control because they’re so good at quickly calculating the optimal route. If you’re planning a road trip with 10 different stops, a regular computer would have to individually calculate the length of all the possible routes you could take and then figure out the best one. A quantum computer could calculate the length of all the routes at the same time and arrive at the optimal route much faster — these are the exact kinds of calculations needed for directing airplanes or analyzing traffic.”

It’s obvious how this kind of optimization could improve supply chain operations.

A fourth way quantum computers could help is by making us more secure. Johnson told Dickerson that so much data is being collected today that much of it is tossed aside, meaning that potentially valuable intelligence could be missed. “A quantum computer would sort through that mountain of data much faster than a regular computer or a human could,” Dickerson writes, “and it could point us to which images and videos we should take a closer look at and which ones we can just ignore and throw out. Regular computers aren’t very good at this ‘Where’s Waldo?’ kind of recognition, but, like humans, quantum computers are really good at picking out specific details from a messy background.” The fifth way that quantum computers could change the world is through encrypted messages. “It’s possible to make encryption even more secure by using the same weird quantum mechanics property that makes a quantum computer work,” Dickerson reports. “This ultra-secure communication is called quantum key distribution and it allows someone to send a message to someone else that only they can read by using a key to decipher it. If a third party intercepts the key then, thanks to the weird magic of quantum mechanics, it becomes useless and no one can read the message.” There are both good and bad consequences of such encryption, but it would certainly change how the world operates. The sixth way that Dickerson claims quantum computing could change the world (or change how we operate out of this world) is through accelerated space exploration. She explains:

“Astronomers have discovered nearly 2,000 confirmed planets outside our solar system using the Kepler space telescope. The Kepler search involves peering at these distant so-called exoplanets and waiting for them to pass in front of their host star. When that happens, the exoplanets cast a shadow that astronomers can then analyze and make predictions about whether their atmosphere is suitable for life or not. A quantum computer could tackle more data in any given telescope view, spot more exoplanets, and help quickly identify which ones have the most potential to harbor life. It could even uncover exoplanets that Kepler missed during its first run through older images.”

No one can honestly say when a reliable, universal quantum computer is going to be built; but, progress towards that goal has been steady. Even if one is developed, don’t expect to see it on your desktop. Your mobile devices may one day connect to one, but they will remain too costly and too finicky for the PC market.