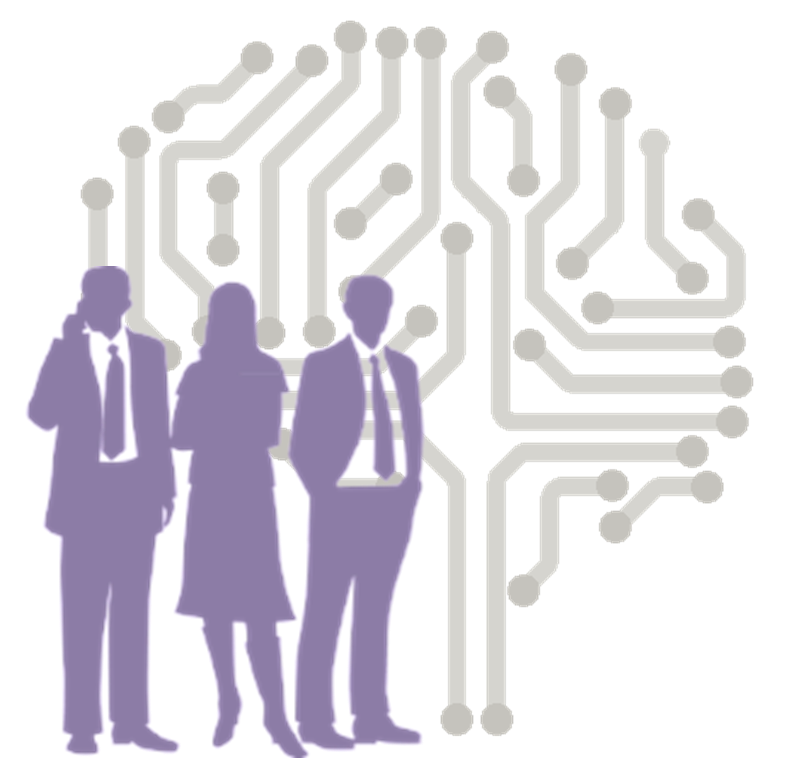 “The color purple,” writes Wayne Eckerson (@weckerson), “is formed by mixing two primary colors: red and blue. These colors symbolize strong, distinct, and independent perspectives.”[1] We’re all familiar with that imagery as it relates to the realm of politics. Eckerson, however, believes it also has a place in the business realm, with “red” representing the technologist, “blue” representing business professionals, and “purple” representing a special breed of expert who is able to bridge the gap between technology and business. This “purple people” imagery will be familiar to anyone who has served in the military. In that world, “purple people” serve in joint billets that bring together personnel from all of the military services. The point is, “purple people” serve a special and essential role in helping make things work. As Eckerson notes, “The best ‘purple people’ are the proverbial switch hitters. They have strong credentials and a solid reputation in either a business or IT department, and then they switch sides. Their versatility creates an immediate impact.”

Thomas H. Davenport, a Distinguished Professor at Babson College, reports, “A similar notion arose, independently, at insurance company XL Catlin. Jim Wilson, a lead data engineer at the company, was chatting with his boss, Kimberly Holmes, about a problem that plagued the company’s ‘strategic analytics’ group. According to Holmes, Wilson used the ‘purple people’ analogy to describe a particular problem.”[2] Holmes recalled for Davenport how Wilson described the situation:

“The business people, the actuaries, know what data they need and can define requirements, but typically don’t have the skill set to design a data architecture that gives them the data they need. Technology people typically don’t understand the business requirements, but they can design the data architectures. It’s like the people in IT speak blue, the people in business speak red, but we need people who speak purple in order to create an appropriate solution.”

According to Davenport, “Now Holmes recruits ‘purple people’ to translate the needs of the business for data and analytical systems into the high-level designs for those systems. Other people may actually develop the models and write the code, but the systems couldn’t exist without those who speak purple.” The requirement for “purple people” is growing so fast that it is outstripping the ability of companies to find them. Cognitive computing systems can help partially fill the gap because those systems, like the Enterra Enterprise Cognitive System™ (ECS), a system that can Sense, Think, Act, and Learn®, can embed “purple” capabilities in them. By that, I mean that subject matter expertise can actually be embedded in the software. When we talk to clients who have an analytic problem, they typically have to assemble a team of three experts:

Hopefully, a “purple person” can be found among those experts. Having three experts involved dramatically lengthens the time required to analyze, tune, re-analyze, and interpret the results. Enterra’s approach empowers the business expert by automating the statistical expert’s and data expert’s knowledge and functions, so the ideation cycle can be dramatically shortened and more insights can be auto-generated. In a way, the ECS becomes “purple people.” Davenport explains that even in the era of cognitive computing, having “purple people” available is important. He writes:

“Purple people have an important role in cognitive technologies. … I’ve previously referred to them as people who step in and help to create, monitor, and modify cognitive systems within organizations. They’re at the core of the idea that humans can augment such systems, rather than be automated by them. They can bridge the business and organizational requirements for automated systems with the capabilities of technology. They’re not intimidated by automated systems and are willing to jump into the ‘belly of the beast’ and do whatever is necessary to make them work. They’re capable in technology but, in most cases, their focus is on making it useful in a business or organizational context.”

When Enterra® engages with a client to deploy our Enterprise Cognitive System, we usually work with the “purple people” of the organization. Often times those “purple people” are members of enterprise analytics groups that reside between the business units of the company and the CIO’s organization. They are usually multi-disciplinary teams that are made up of representatives from many parts of the organization, as well as people who have advanced analytics capabilities. In the age of cognitive computing, “purple people” will be even more needed as industry re-platforms its workforce. The workforce of the future will be marked by a retiring of certain skills and job functions which will be replaced by jobs requiring new skilled workers in the fields of knowledge engineering, applied mathematics. Staffs will be required that can blend the physical sciences (physics, biology and chemistry) and they will be aided in their integration efforts by advances in mathematics and computer science. On the one hand, these new skills will require people with advanced degrees in applied mathematics, artificial intelligence (skills using ontologies and inference reasoners), and computer science. On the other hand, these skill requirements will also open up new horizons for people who do not hold advanced degrees, or college degrees at all (if they are intellectually curious and self-directed). The new opportunities will be found in the areas of knowledge engineering, where people, who likely have domain knowledge of a particular area of study or commerce, will be trained in managing ontologies and knowledge representation systems generally. These latter skills can be likened to those of a librarian, in general, or a curator of a library’s art section who has extensive knowledge of impressionist art. Both of these new workforce categories will be filled by “purple people” because they will be the skill blenders and knowledge explainers who help lay people understand technology and its application.

Good business leaders will seek out “purple people” as the connective tissue that bridges business, technology, knowledge management and analytics. According to Davenport, this has been true for a long time. He observes that as the world became more technologically advanced, “purple people” were in demand (well before the concept of “purple people” was espoused). “As long as there have been complex technologies,” he writes, “there have been people who learned to understand them and to help apply them to solving business and organizational problems.” To prove his point, Davenport provides a couple of nineteenth century examples. The first such example is “Paul Moody, a weaver and mechanic who worked in the Massachusetts textile industry.” Davenport notes that Moody’s boss, Francis Cabot Lowell, received most of the credit for his work (e.g., Lowell, MA, was named in his honor), but it was Moody who merged technical acumen with business knowledge. Another example was a now-forgotten weaver who worked for Henry Lyman, a successful cotton manufacturer from Rhode Island, who wanted to use power looms to advance his business. Davenport quotes from a book written by Professor James Bessen (@JamesBessen) of Boston University, to describe what happened:[3]

“The company had no one, at first, to start the machinery; they began to grow discouraged. The warper worked badly, the dresser worse, and the loom would not run at all. In this dilemma, an intelligent though intemperate Englishman, by trade a hand weaver, came to see the machinery. After observing the miserable operation, he said the fault was not in the machinery, and he thought he could make it work; he was employed. Discouragement ceased; it was an experiment no longer. Manufacturers from all directions came to see the wonder.”

Although both of his examples come from the textile industry, Davenport notes the same pattern has held true during many “difficult and expensive implementations of large, complex enterprise systems.” In almost every case, he notes, “organizations [have] sung the praises of ‘power users’ who could connect business requirements and technological capabilities. They were the ‘purple people’ of their generation.” In today’s digital age, he writes, “purple people” are playing the same bridging role when it comes to business intelligence and analytics. Davenport concludes, “Both business and technology skills are valuable in themselves, but they are most valuable when combined. Cognitive technologies will change a lot, but they won’t change that. The future belongs to the purple people — just as the past did.”