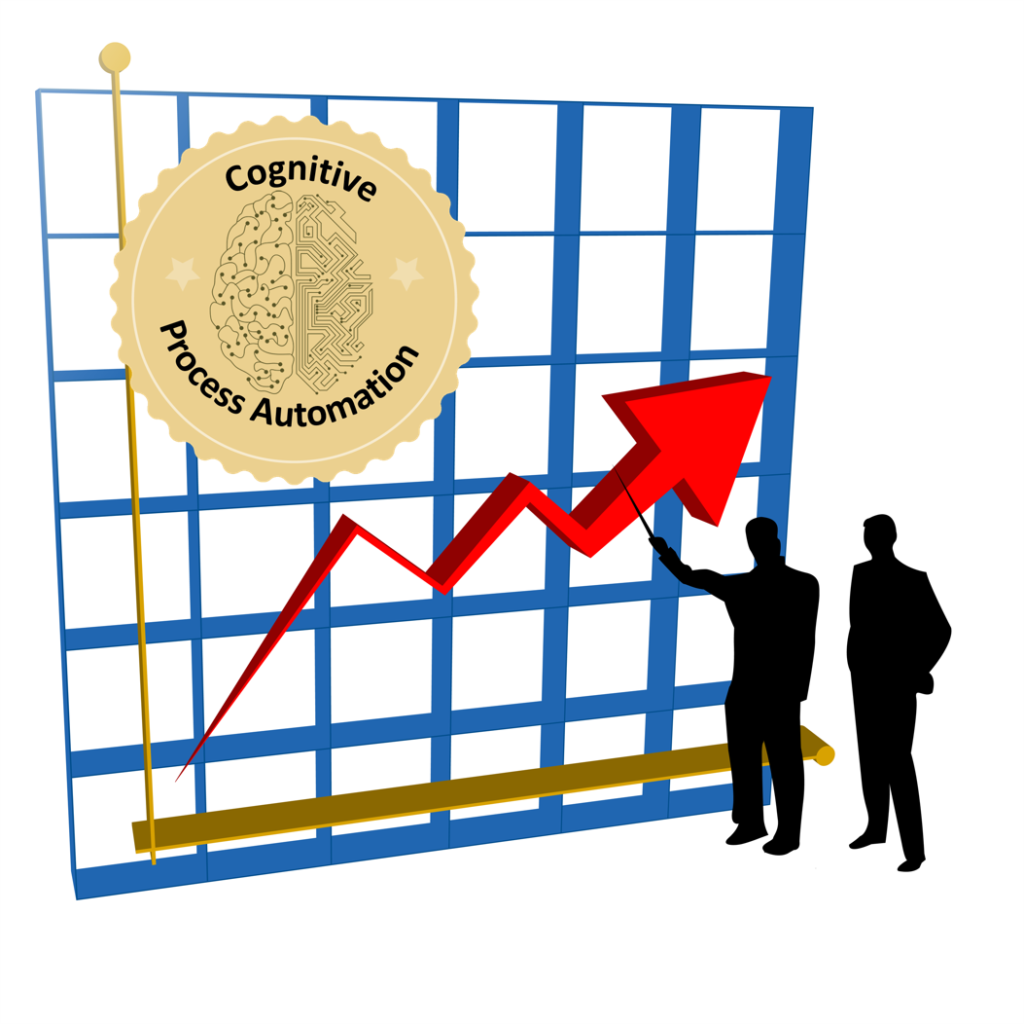 Cognitive Process Automation will Help (not Take Over) Your Business

“In fairly short order,” writes David McCann (@DaveMcCFO), “robots have begun taking over in the corporate world.”[1] The robots to which McCann refers are not metal giants with mechanical arms and scary red eyes. They are software “bots” that automate routine processes in order to relieve employees of dull work and reduce errors. That’s why McCann adds, “Don’t be alarmed. … Robots are indeed infiltrating finance departments, some other functions, and operational areas in a number of industries. For the most part, robots are being deployed to automate repeatable, standardized, or logical tasks historically handled by people. In finance and accounting, think procure-to-pay, order-to-cash, and record-to-report processes. Enterprise-wide, the number of potential use cases seems almost limitless, although most of the potential is so far untapped.” Because software robots are involved, robotic process automation (RPA) is the term most widely used today.

Analysts seem to be in agreement that the process automation market is going to grow. According to analysts at Research and Markets (R&M), “RPA is emerging as a disrupting technology with capabilities of providing benefits such as enhanced accuracy, compliance, cost saving and scalability. As these tools are 65% less expensive than the full-time employees, industry experts have been expecting RPA to disrupt the conventional Business Process Outsourcing (BPO) model and alter the global outsourcing industry.”[2] R&M analysts estimate the global RPA market “to reach USD 8.75 billion by 2024.” They are optimistic because “RPA is maturing in terms of clarity, credibility and applicability, as organizations are increasingly implementing these solutions.” Analysts from Market Research Engine are even more sanguine. According to them, the U.S. market alone “is expected to exceed more than US$ 13.0 billion by 2022. Growing at a healthy CAGR of more than 60.0% in the given forecast period 2016 to 2022.”[3]

Although RPA may sound futuristic, to some ears the terms “robotic” and “automation” conjure up industrial age images ill-suited to the Cognitive Era. When somebody says something is “robotic” they mean something is mechanical, stiff, or unemotional. The same holds true for the term “automation.” Dr. James Short, a Research Director at the Center for Large-Scale Data Systems Research Center in San Diego, believes, “Automation is an Industrial Age concept.” Commenting on Short’s observation, Thomas H. Davenport (@tdav), a Distinguished Professor at Babson College, writes, “The implication is that automation is good for businesses where there isn’t much change, or in which products don’t vary much over time. In other words, we’re talking about business in the 1950s or thereabouts.”[4] Put the terms together — as in, robotic process automation — and you get flashes of the past rather than flashes of the future. If, however, you change “robotic” to “cognitive” — as in Cognitive Process Automation™ (CPA) — the picture changes completely.

To be clear, not all process automation tasks require cognitive capabilities. Anastassia Fedyk, a Ph.D. Candidate in business economics at Harvard Business School, explains, “Start by distinguishing between automation problems and learning problems. Machine learning can help automate your processes, but not all automation problems require learning. Automation without learning is appropriate when the problem is relatively straightforward. These are the kinds of tasks where you have a clear, predefined sequence of steps that is currently being executed by a human, but that could conceivably be transitioned to a machine. This sort of automation has been happening in businesses for decades. … So what are good business problems for machine learning methods? Essentially, any problems that: (1) require prediction rather than causal inference; and (2) are sufficiently self-contained, or relatively insulated from outside influences.”[5]

According to Stephanie Overby (@stephanieoverby), “Cognitive capabilities could supercharge RPA efforts automating tasks that once required the judgment and perception of humans.”[6] She explains:

“While the basic benefits of RPA are relatively straightforward, these emerging business process automation tools could also serve as an entry point for incorporating cognitive computing capabilities into the enterprise, says David Schatsky managing director with Deloitte. By injecting RPA with cognitive computing power, companies can supercharge their automation efforts, says Schatsky, who analyzes the implications of emerging technology and other business trends. By combining RPA with cognitive technologies such as machine learning, speech recognition, and natural language processing, companies can automate higher-order tasks that in the past required the perceptual and judgment capabilities of humans.”

There is a growing concern that smart (aka cognitive) technologies are going to put a lot of people out of work. Analysts from Willis Towers Watson suggest this concern may be overblown. They explain, “As businesses enter the unchartered waters of machine intelligence — where machines learn by experience and improve their performance over time — researchers are trying to predict its impact on jobs and work. Optimists suggest that by taking over cognitive but labor-intensive chores the intelligent machines will free human workers to do more ‘creative’ tasks, and that by working side by side with us they will boost our imagination to achieve more. Experience with Robotic Process Automation (RPA) seems to confirm this prediction.”[7] They call this “Return on Improved Performance (ROIP).” CPA will only increase the ROIP companies can expect. Leslie P. Willcocks, a Professor of Technology Work and Globalization at the London School of Economics, and Mary C. Lacity, Curators’ Professor of Information Systems at the University of Missouri-St. Louis, support the notion that process automation improves employee performance rather than replaces them. Their work has found companies that have adopted RPA systems have experienced “little job loss, except through natural wastage, i.e., people leaving and not being replaced.”[8]

Margaret Rouse (@WhatIsDotCom) observes that what distinguishes Cognitive Era process automation from traditional IT automation is a “software’s ability to be aware and adapt to changing circumstances, exceptions and new situations.”[8] She adds that Cognitive Era software can be “trained to capture and interpret the actions of specific processes in existing software applications, it can then manipulate data, trigger responses, initiate new actions and communicate with other systems autonomously.” Finally, she notes, Cognitive Era “software is especially useful for organizations that have many different, complicated systems that need to interact together fluidly.”

McCann notes, “Cognitive bots get smarter over time. They can monitor how humans interact with the system, and as more data on those actions is collected, the machine gains confidence that it can process exceptions or handle other issues.” In a world becoming constantly more complex, leveraging capabilities provided by cognitive computing systems makes a lot of sense. Extensive implementation of process automation will undoubtedly cost some people their jobs; but, anecdotal experience indicates that employees appreciate being relieved of tedious tasks. Mihir Shukla, CEO of RPA vendor Automation Anywhere, told McCann, “Our customers tell us they’re seeing sighs of relief from employees, who hate the mundane tasks they have had to do over and over. Imagine human employees metaphorically working next to software bots. When the humans have something that must be done repeatedly, they hand it off to a bot.” That’s what ROIP is all about.