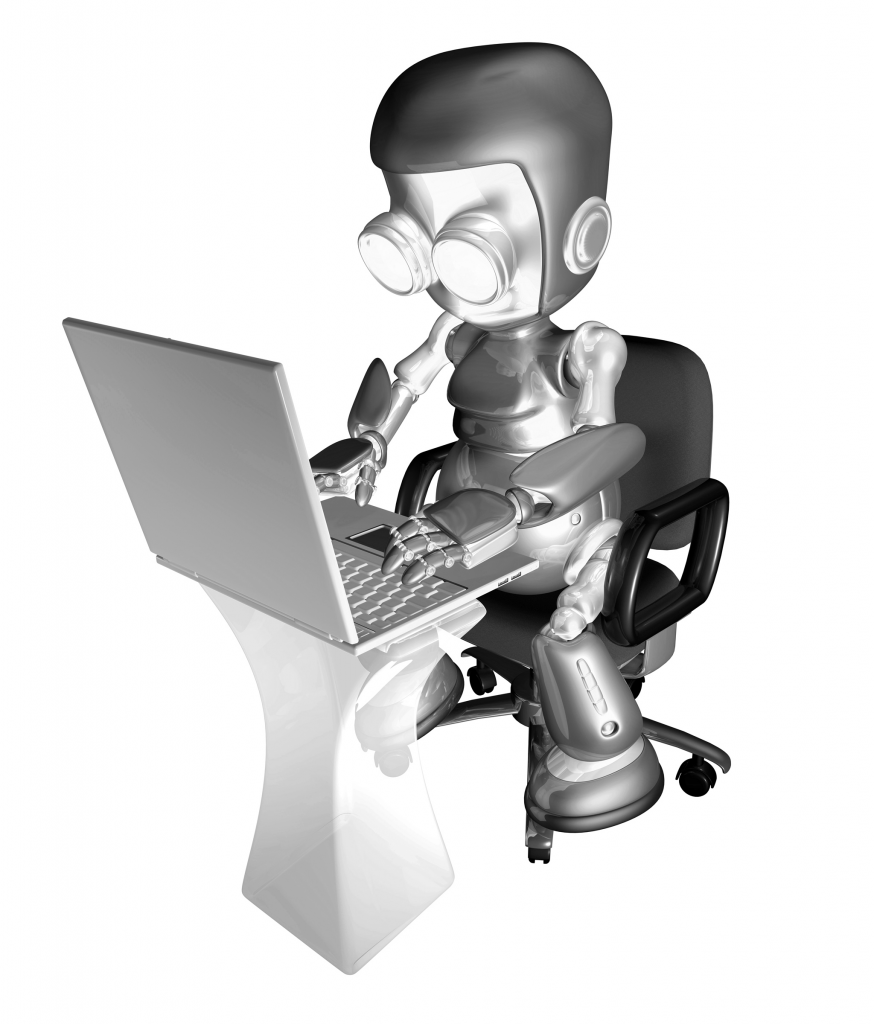 “Automation is a familiar part of the process excellence and continuous improvement toolkit,” writes Daniel Senter (@theDanSenter), the Business Systems Solutions Manager at National Grid, “having been in use for years if not decades.”[1] Senter goes on to note that process automation is undergoing significant change as software robots enter the picture. The term currently in use is Robotic Process Automation (RPA). Senter explains:

“RPA is very much system agnostic, which for me is one of the key differentiators from the automation of old. There were generally two types of automation:

RPA in many aspects is both of the above, but in the next iteration. By this, I mean that whilst for example, it does look similar to screen scraping/capture and workflows it is more advanced than this: RPA is the natural evolution of these two approaches. The RPA platforms today are such that they are enterprise scalable. Processes are built by showing the robots what to do step by step rather than coding or scripting them, in exactly the same way as a human would use the end user systems. This makes RPA tools non disruptive and seen by IT as low risk. The tools also actually ‘recognize’ the fields or pop up screens they are working with rather than relying on a location on the screen. The software robots used in RPA ‘read’ the applications using APIs or the operating system itself. It is part of the training of the robot where it is shown how to read the various screens it needs to work with. As a result, RPA tools today are business tools for non-technical users.”

Some companies aren’t sure how RPA could prove useful in their business. Spandas Lui (@spandaslui) suggests, if your company outsources any of its business processes, it will probably find RPA useful. “Companies turn to outsourcing as a way to keep cost of operations down,” she writes. “But with the rise of artificial intelligence and automation, using smart machines may end up being a more cost effective solution than outsourcing, according to analyst firm, Gartner.”[2] She continues:

“For businesses of all sizes, cost is a crucial factor for decision making. It is generally wise to keep costs down to maximise profits. That leaves more money to spend on things that will give organisations a competitive edge. Sometimes, outsourcing is required when a company doesn’t have a particular set of skills so they seek help from external providers. So when smart machines become more financially viable than outsourcing your work to an external firm, why wouldn’t you do it?”

When trying a case, lawyers have an aphorism that states, “If you don’t know the answer, don’t ask the question.” Lui’s question — why wouldn’t you do it? — seems like one of those questions a lawyer wouldn’t ask in court. There are probably a number of reasons companies haven’t considered Robotic Process Automation — ranging from a lack of understanding to a concern about the hassle it may entail. They might, however, be a little more interested in implementing RPA if they knew they could cut some costs by 50% or more. A press release by Kinetic Consulting Services claims its latest research on Robotic Process Automation found “cost savings of approximately 90% can be achieved when a business process performed by a full-time equivalent human is replaced by a software robot.”[3] The press release continues:

“RPA is the automation of back and front office processes that are largely rules based, structured and repetitive. The automation replaces or augments humans normally performing the task with ‘robotic’ equivalents. These are software robots and not physical ones. Process automation has recently achieved a level of maturity and is building momentum in the business world. This has been driven by the release of multiple sophisticated software solutions not previously available and also by the growing demand for organisations to optimise operating costs and to increase quality of services.”

One of the software solutions to which the press release refers is cognitive computing (a field of artificial intelligence). In some of my discussions with clients, they have indicated that they want to go beyond RPA and implement Cognitive Process Automation™ (CPA). Cognitive Process Automation goes beyond accomplishing routine tasks to actually helping improve processes. As Bill Gates once noted, “The first rule of any technology used in a business is that automation applied to an efficient operation will magnify the efficiency. The second is that automation applied to an inefficient operation will magnify the inefficiency.” CPA will be powered by cognitive computing, like the Enterra Enterprise Cognitive System™ (ECS) — a system that can Sense, Think, Act, and Learn®. Cognitive computing combines artificial intelligence, advanced mathematics, and natural language processing. It can be applied to an almost unlimited number of business use cases, including process automation. Bhaskar Ghosh (@DrBhaskarGhosh), a Group Chief Executive with Accenture Technology Services, insists “intelligent automation” is becoming an “essential co-worker for the digital age.”[4] He explains:

“Analytics and artificial intelligence are breathing new life into automation technology. Through new modes of human and machine collaboration, these technologies are doing much more than just eliminating repetitive tasks; they are supporting humans in complex and creative problem-solving by enabling analysis of dauntingly vast amounts of data and identification of trends previously impossible to detect. And, machines will increasingly be able to interact naturally with their environment, people and data by ‘learning’ from a body of knowledge without coding all business rules manually. By introducing intelligent systems that can truly mimic and augment human behaviours, and do it hundreds of times faster, these technologies make both humans and machines more powerful than they can be on their own. Intelligent automation is clearly a game-changer when it comes to improving complex problem solving, risk analysis and business decision-making.”

Richard Walker, a principal with Deloitte Consulting, concludes, “Given the costs and benefits of RPA, some routine back-office functions that companies outsource, such as claims processing and certain data center operations, may now be more cost-effectively performed in-house with bots. Companies with high levels of third-party risk have additional incentive to use bots instead of business process outsourcing providers.”[5] Going beyond RPA to CPA provides a company with even more incentives to employ software robots.