Home » Artificial Intelligence » Process Automation and the Elimination of Errors 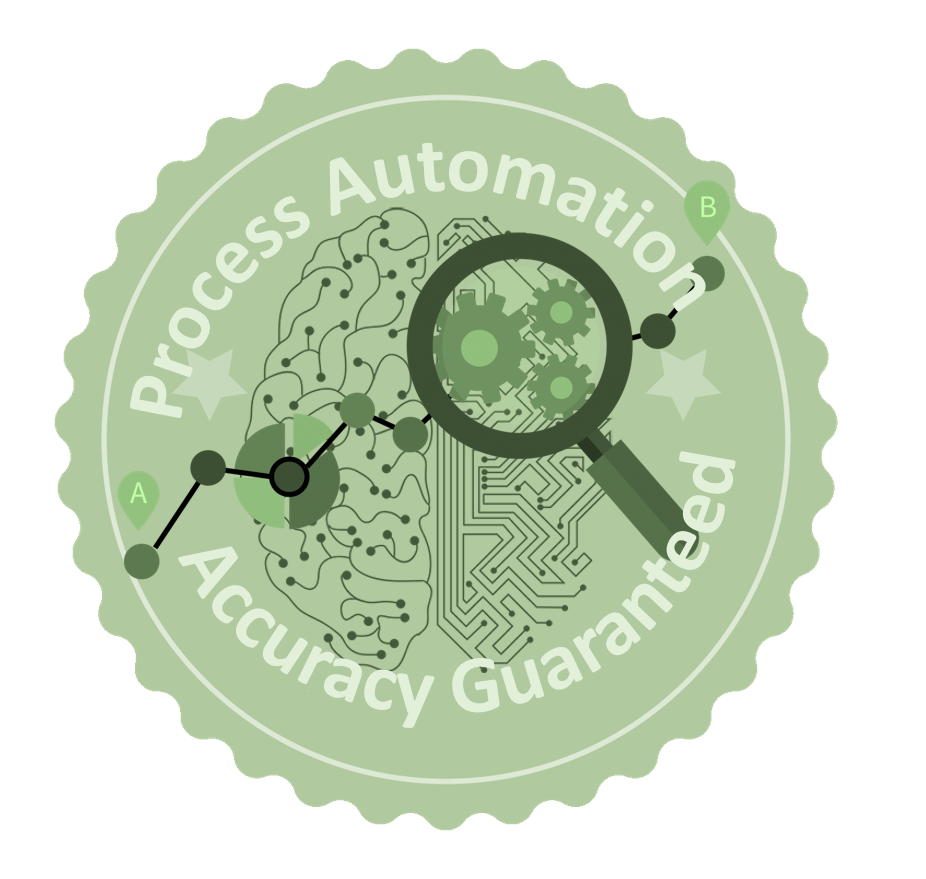 Process Automation and the Elimination of Errors

In most fields of endeavor, accuracy is a beneficial trait. The famous lawman Wyatt Earp once stated, “Fast is fine, but accuracy is everything.” Although Earp was referring to the art of shooting, he could just as well have been speaking about business processes. The late Arthur Charles Nielsen, Sr., founder of ACNielsen, once advised, “Watch every detail that affects the accuracy of your work.” Although that is undoubtedly good advice, the fact of the matter is tedious work often results in errors as employee attention wanes. The result is never good. Errors cost money and can cost a company its reputation. One solution to this challenge is process automation driven by artificial intelligence (AI). Deepak Khosla explains, “The one driver that many enterprises are wholeheartedly adopting now is Robotic Process Automation (RPA). With the help of robotics, enterprises can improve the physically measurable outcomes of manufacturing facilities, and also enhance their virtual operations to deliver the best results.”[1]

“In the simplest terms,” Khosla explains, “RPA is the application of software robots that can interpret the functioning of existing applications and then imitate them with higher precision and fewer errors.” Although process automation is not new, AI-powered automation is just beginning to take hold in the business world. And it looks like it is going to be big business. Rehan A. Shaik reports, “Analysts predict that by 2020, Robotic Process Automation solutions will see a compounded annual growth rate of 60.5 percent.”[2] Shaik notes that data entry tasks — some of the more tedious jobs performed by humans — are ripe for process automation. She explains:

“Robotic automation is all about finding repetitive tasks, often with high volume, and automating them. The best example of this is data entry. Instead of using a human to input the items, software robots are programmed to do the tasks independently. In the past, organizations needed to employ entire teams assigned to inputting critical data that could then be used for analysis and to make critical business decisions. With robotic process automation, algorithms are assigned based on uniform things that happen and actions are then determined. Predictable tasks are targeted and then assigned actions based on the needed outcome. Instead of an employee typing in every detail, robotic software streamlines it and removes the need for an actual person to do it all.”

Since computers don’t get tired or distracted, the result is fewer data entry errors. Neil Kinson (@nkinson), Chief of Staff for Redwood Software, reports RPA can potentially be used in many business areas; which is why, he notes, RPA is becoming better known these days as Enterprise Process Robotics.[3] Unfortunately, as a term, Enterprise Process Robotics could be even more confusing than Robotic Process Automation. Both terms leave the mistaken impression that physical robots are somehow in play. As Khosla noted above, they’re not. Rod Dunlap, a director at Alsbridge, further explains, “RPA tools are software ‘robots’ that use business rules logic to execute specifically defined and repeatable functions and work processes in the same way that person would. These include applying various criteria to determine whether, for example, a healthcare claim should be accepted or rejected, whether an invoice should be paid or whether a loan application should be approved.”[4] The bottom line when it comes to error reduction is summed up by Khosla: “When it comes to RPA implementations, the possibility of errors does not exist as robots very rarely malfunction once they are programmed to perform a specific task.”

As artificial intelligence matures (specifically the branch called cognitive computing), process automation capabilities will expand. Dunlap notes RPA currently has some significant limitations. “RPA tools are limited in terms of their learning capabilities,” he explains. “They can do only what they have been taught to do, and can’t reason or draw conclusions based on what they encounter. RPA tools typically cannot read paper documents, free form text or make phone calls. The data for the Robots must be structured.” Clients with whom I’ve talked want to go beyond RPA to what I call Cognitive Process Automation™ (CPA). Cognitive Process Automation goes beyond the accomplishment of routine tasks. CPA has the potential to not just automate, but to improve processes by dynamically processing and executing subtle decisions as if they were made by the best human expert.

Gaurav Sharma and Stephen Lewis, executives at Cognizant, remind us, “Process automation goes by many names: Service Delivery Automation, Robotic Process Automation, Intelligent Process Automation, Machine Learning, Artificial Intelligence, Cognitive Computing, and sometimes even Autonomics.”[5] Too often RPA is thought about only in terms of office work such as data entry. Sharma and Lewis want to expand how we think about process automation. They write:

“Advanced robotics, combined with advances in automation of knowledge work, means entire tasks or skills of certain types could be displaced by machines and software. Automation in manufacturing could be used to enable mass customisation and personalisation of products as well as the digitisation of manufacturing value chains with digital connections between customers and suppliers, greater design freedom, and the delivery of new products and services. However, many manufacturers are still struggling to understand what Intelligent Process Automation actually is and how it can be used to their advantage.”

David Eddy (@_DavidEddy), Managing Principal at RiteSourced LLC, points out another benefit of Cognitive (or Intelligent) Process Automation. He writes, “Intelligent automation unleashes the potential of an ERP system because it removes the swivel-chair, human bottleneck between it and important, but outdated and incompatible legacy systems.”[6] ERP systems were invented to help executives make better decisions. Cognitive Process Automation can help in that area as well. Sharma and Lewis explain, “Automation can … generate high volumes of valuable data to enable smarter decision-making for everything from optimizing processes and operations, to predicting where and how best to provide new products and services.” In other words, how cognitive computing and process automation is used is limited only by the imagination.

Shaik concludes, “The biggest selling point of RPA is that it has the ability to take some of the tedious data tasks off the plates of workers, improving overall company productivity. Humans get the chance to do more cerebral tasks when they aren’t bogged down by the data that robotic software is capable of completing.” Eddy believes four points about process automation should be stressed. First, speed: Robots complete tasks far faster than their human predecessor; second, productivity: robots are free of human error and work 24/7; third, scalability, robots can be quickly ramped up or down to match work fluctuations; and, fourth, compliance, robots generate full audit trails.” Kinson concludes, “In our digital economy, you would be surprised how many regular, rules-based repetitive processes are undertaken manually. Enterprise Process Robotics or RPA is a journey ready to embark upon, a journey that will create new and valuable opportunities.”