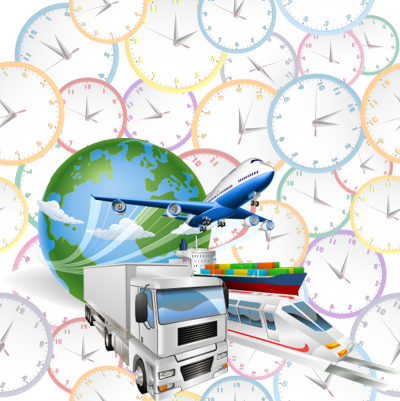 Predictive Inventory Management: Fulfilling Orders Even When Your Shipment is Late

No manufacturer wants to suffer decreased profit margins as a result of shipping delays that can result in product time-to-market and retailer chargebacks. Sometimes retailer chargebacks are the result of perturbations associated with delayed shipments. That’s exactly what manufacturers faced during the West Coast labor dispute that began last year and continued into early 2015. As negotiations stalled, supply chain professionals braced for the inevitable effects of shipping delays that “rippled through the U.S. economy including the retail, auto and agriculture sectors.”[1] Chargebacks, however, are only part of the costs that must be borne by the supply chain when shipping delays are encountered. Keeping track of where merchandise is located has become an important focus of improved supply chain visibility. Lost sales represent another huge chunk of lost revenue. “Research group Kurt Salmon estimates that congestion at West Coast ports … cost retailers as much as $7 billion this year. The analysis attributes those costs to a combination of the higher price of carrying goods and missed sales due to below optimal inventory levels.”[2]

Labor disputes, however, are just one of a number of things that can cause costly shipping delays. Arian Campo-Flores (@acampoflores) and Cameron McWhirter (@cammcwhirter) report that the combination of inadequate infrastructure and increased cargo ship capacity can also create bottlenecks.[3] They relate the saga experienced by one frustrated truck driver trying to pick up a load of bedding in Norfolk, VA. Arriving in Norfolk, he was confronted with a two-hour delay “before his rig could make it through a mile-long line to one of the port’s terminals. Once inside, the 43-year-old independent truck driver hit a traffic jam 13 lanes wide and 10 trucks deep. By the time he left with his load, he had waited for a total of eight hours.” Faced with tight delivery deadlines and strict driver regulations, keeping track of shipping delays is becoming more important than ever. What’s really frustrating for many companies is that the cause of delays is out of their control and, when the delay is finally documented, getting the word out is slow. Learning about delays as quickly as possible (and, in some cases, even anticipating them) is one way companies can gain time to mitigate potential trouble spots.

Conair® is one company that has earned kudos for its tracking efforts. The company felt that it was having revenue unfairly deducted from its invoices, so back in 2003, Conair began challenging its customer’s deductions by manually researching every deduction. It was a difficult and labor-intensive process. Conair is not the only company facing this problem. The same year that Conair began its program, Anne Zeiger wrote, “There’s no doubt about it: manufacturers who fail to meet a retailer’s vendor standards can get into financial trouble. After all, shave off $20 here for a short lot, $5 there for a cracked pallet and $10 over here for a mangled shipping label, and before long, it can run into real money.”[4] She continued:

“Manufacturers, consultants and trade groups supplying retail businesses are up at arms over these chargebacks, arguing that their profits are being slashed unmercifully — and sometimes unfairly — by retailers claiming noncompliance. In some cases, they say, the requirements are petty, arbitrary or even illogical. What’s more, retailers may change the standards regularly, making it difficult to keep up with what’s required. ‘Even though retailers will swear to you that chargebacks aren’t a profit center, the candid opinion in the industry is that retailers intentionally make compliance difficult to make it a profit center,’ says Norman Katz, CEO of vendor-compliance consulting firm KatzScan Inc., of Deerfield Beach, Fla.”

Conair eventually approached Enterra Solutions® to see if we could help it get a better handle on its order fulfillment process and help it reduce chargebacks. Working collaboratively, we developed Enterra’s Retailer Compliance Module (RCM). The Retailer Compliance Module helped Conair win a CGT Supply Chain Outstanding Achievement Award in October 2010. Challenges that the RCM helped overcome included keeping up with changes to retailer compliance manuals, vendor directions on websites, and store openings and closings. It also quantified the information into a standardized compliance assessment across all retailers. Zeiger echoed the feelings of most suppliers when she wrote that “requirements are petty, arbitrary or even illogical” and that “retailers may change the standards regularly, making it difficult to keep up with what’s required.” She later adds:

The Retailer Compliance Module is updated any time compliance standards change and maintains an assessment of compliance risks. The next challenge tackled by Conair was shipment visibility that provided more inventory control to mitigate those compliance risks associated with supply chain schedules. Enterra® developed a Pre-Inventory Prediction (PIP) Module that monitors intermodal shipping schedules posted by shipping companies for containers carrying Conair goods. Whenever a delay is reported about a monitored container, Conair is immediately alerted along with an impact to the inventory within that shipment. This provides the company with more time to determine how the delay might affect order fulfillment, potential retailer compliance costs, and what it can do to mitigate the impact of the delay using existing inventory. This additional time is used to negotiate with customers, reroute products, or consider other options that could mitigate the effects of a shipping delay. Although the current system does not predict the cause of delays, when a delay does occur the ripple effect in the supply chain is calculated by the system.

Data from their ERP and warehouse management systems is used with the shipping data to present alternatives to meet existing and future orders. Employing Enterra’s Cognitive Reasoning Platform™ (CRP), predictive analytics could assess the numerous confounding variables that impact shipping performance (variables such as strikes, inclement weather, port congestion, road construction, etc.). Adding a causal predictive element to supply chain visibility could significantly improve “heads up” times for potential shipment delays and make the supply chain more resilient to external threats. Using the West Coast port contract negotiations as an example, rather than waiting for a shipper to report that a container will be late when ship traffic is actually delayed, the CRP could project a probability model of slowdown situations based on knowing when the contract expires and current global and local economic conditions. For any risks associated with critical component or high-value shipments, alternative shipment plans could be incorporated well in advance of a container being loaded and a course selected to a port of debarkation with a lower risk level. Probability models utilize learning processes, big data analyses, business rules, and historical transaction “experience” information to empower not only shipping/transportation decisions but also production, pricing, and logistics re-allocation decisions.

Businesses are standing on the cusp of a new era during which cognitive computing will play a central role. Helping optimize order fulfillment and reducing chargebacks are only the tip of the iceberg of what cognitive computing systems can do to make companies more efficient and effective and supply chains more transparent.