Home » Innovation » In Praise of Curiosity, Imagination, and Serendipity 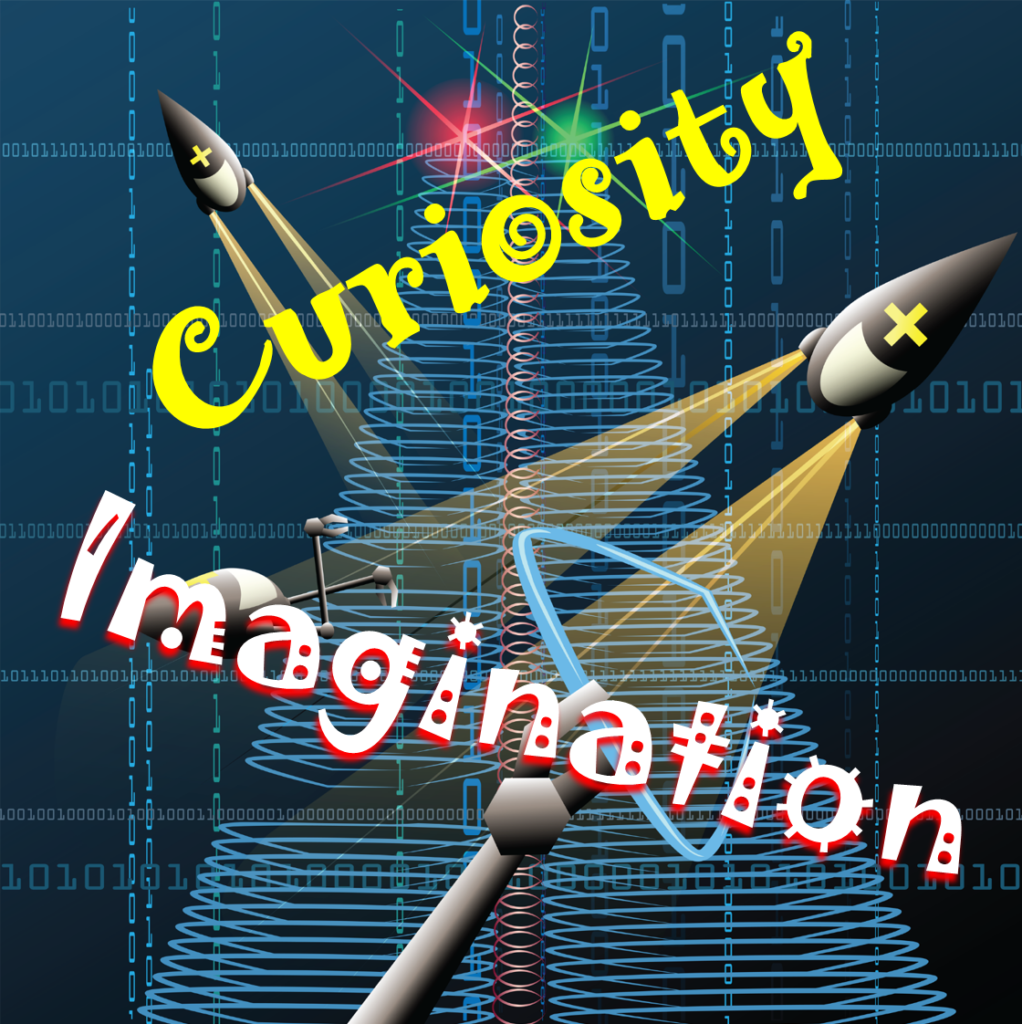 In Praise of Curiosity, Imagination, and Serendipity

“We keep moving forward, opening new doors, and doing new things,” Walt Disney once said, “because we’re curious and curiosity keeps leading us down new paths.” Curiosity, it seems, plays a significant role in genius. If you happened to watch the excellent National Geographic Channel show “Genius” about the life of Albert Einstein, you understand how important he thought curiosity was to the advancement of science. We celebrate the achievements of men and women who advance our knowledge and understanding of the world. What most of them have in common is a heightened sense of curiosity that compels them to go looking for answers. In a previous article — The Usefulness of Useless Knowledge in an Innovative World — I discussed an essay written by Dr. Abraham Flexner, first director of Princeton’s Institute for Advanced Studies. The premise of that essay was “that the unobstructed pursuit of useless knowledge will prove to have consequences in the future as in the past.”[1] What Flexner hoped to achieve with his writing was continued funding of basic research. A complementary essay to Flexner’s entitled “The World of Tomorrow” written by Robbert Dijkgraaf, the current director of Princeton’s Institute for Advanced Studies, supports Flexner’s arguments and objectives.[2] Dijkgraaf also supports the notion that curiosity and imagination are important qualities for humans to foster and he also discusses the role serendipity plays in the advancement of knowledge and understanding.

The Irish statesman Edmund Burke once stated, “The first and simplest emotion which we discover in the human mind is curiosity.” Any parent of a young child knows how full of questions they can be. Rather than discouraging them from asking questions, parents should encourage such behavior. Dijkgraaf writes, “It was Flexner’s lifelong conviction that human curiosity, with the help of serendipity, was the only force strong enough to break through the mental walls that block truly transformative ideas and technologies.” As noted above, Einstein believed curiosity was one of humanity’s best traits. He once wrote, “The important thing is to not stop questioning. Curiosity has its own reason for existence. One cannot help but be in awe when he contemplates the mysteries of eternity, of life, of the marvelous structure of reality. It is enough if one tries merely to comprehend a little of this mystery each day.”[3] In my experience, the best analysts, the best scientists, and the best innovators are those who ask the best questions. I’m willing to venture a guess that this holds true in almost any area of human endeavor. The people who excel are the people who are the most curious and ask the best questions. Flexner wrote, “Curiosity, which may or may not eventuate in something useful, is probably the outstanding characteristic of modern thinking. It is not new. It goes back to Galileo, Bacon, and to Sir Isaac Newton, and it must be absolutely unhampered.”

Curiosity, although important, is the only the beginning of the journey to new knowledge. It turns out that imagination is another important human trait. Einstein is famously known for his “thought experiments.” He was able to imagine himself in interesting situations and figure out how the world around him was responding. His peers scoffed at these thought experiments and believed them to be outside the scope of real scientific inquiry. Dijkgraaf writes, “The role of imagination in science had an early advocate in the Dutch chemist Jacobus Henricus van ‘t Hoff, the first Nobel Laureate in chemistry. … When Van ‘t Hoff was appointed professor at the University of Amsterdam, he fiercely defended the role of creativity in his inaugural speech Imagination in Science (Bazendijk, Rotterdam, Netherlands 1878).” Van ‘t Hoff was so intrigued by the subject of imagination he undertook a study of 200 famous scientists looking for any signs of imagination. Dijkgraaf writes, “Van ‘t Hoff reports indications of powerful imagination in fifty-two of his two hundred subjects, supporting his main thesis to a very large extent. Incidentally, eleven of these cases, including such intellectual giants as Newton, Leibniz, and Descartes, show symptoms of ‘pathological’ imagination with a tendency for superstition, hallucination, spiritism, alchemy, and metaphysical speculation.” He adds, “Into the twentieth century and beyond, imagination has been a driving force of successful scientists and scholars across disciplines.” He notes that Einstein once stated, “Imagination is more important than knowledge. For knowledge is limited to all we know and understand.”

William Daniel “Danny” Hillis (@dannyhillis), an American inventor, engineer, mathematician, entrepreneur, and author, once stated, “Everyone knows that innovation is risky, and it’s rare that you arrive at your expected destination. But maybe that destination isn’t so important. Maybe what you should be paying attention to are the little detours you take along the way: It’s down those back roads and byways that the real payoff usually is found. Maybe, in fact, the biggest risk in innovation lies in sticking too closely to your plans.” History is filled with serendipitous discoveries. Penicillin was discovered during a search for an antiseptic formula based on nasal mucous. Teflon was created by chemists trying to invent an alternative to Freon. Rayon and nylon were fashioned by mistake. A close companion of serendipity is the concept of flexible ideas. Gunpowder was formulated to prolong life. The phonograph was invented to record phone messages. The mechanical clock was invented to regulate monastic prayers. Viagra was invented to treat angina. The point here is that curiosity and imagination often team up to create unanticipated new knowledge and opportunities.

Flexner and Dijkgraaf argue that funding for “useless knowledge” (i.e., knowledge with no immediate application) is important for the advancement of humankind. As Dijkgraaf writes, “The path from exploratory blue-sky research to practical applications is not one-directional and linear, but rather complex and cyclic, with resultant technologies enabling even more fundamental discoveries.” He cites British chemist and Nobel laureate George Porter, who called such blue-sky research “not-yet-applied” research. Dijkgraaf insists, “Supporting applied and not-yet-applied research is not just smart, but a social imperative.” He laments that this imperative is not being met. He explains:

“Our current research climate, governed by imperfect ‘metrics’ and policies, obstructs this prudent approach. Driven by an ever-deepening lack of funding, against a background of economic uncertainty, global political turmoil, and ever-shortening time cycles, research criteria are becoming dangerously skewed toward conservative short-term goals that may address more immediate problems but miss out on the huge advances that human imagination can bring in the long term.”

He encourages us to continue to travel “far upstream, against the current of practical considerations.” There can be little doubt that humanity still needs big thinkers. Men and women driven by curiosity and propelled by imagination.