Occasionally, I like to remind myself that life is not all business. But, if you enjoy what you do, then business feels more like pleasure than work. One man who apparently feels this way is Robert J. Lang. Upon first hearing that he gave up a career in laser science to pursue origami, you’d be forgiven if your first thought was, “This guy isn’t working with a full sheet of paper.” After reading his story, I daresay that you’ll change your mind [“When origami meets rocket science,” by Rachel Saslow, Washington Post, 11 May 2010]. Saslow reports:

“Robert J. Lang had a good career as a laser physicist. He worked at NASA’s Jet Propulsion Laboratory, researching semiconductor lasers used in fiber-optic communications, before switching to a private technology firm in Silicon Valley, where he held positions such as chief scientist and vice president of research and development. Then in 2001, he gave it all up. To fold paper. Lang, 49, is an origami master. Paper cranes? Pshaw. Try a rattlesnake with 1,500 scales, a life-size replica of comedian Drew Carey or an American flag that was photographed for the New York Times magazine. Lang is pushing the limits of what one can make by folding paper, but he’s also a leader in an emerging field of study called computational origami, which he boils down to this question: ‘How do you use rules and math to create an object of art?’ ‘In both origami and science, you’re discovering patterns and relationships that, in a sense, already existed before we discovered them,’ Lang says. ‘There’s a joy of discovery and of being the first explorer in this little nook.’ He and others are using the Japanese art form to solve scientific problems.”

Earl Edward George Bulwer-Lytton once wrote, “Art and science have their meeting point in method.” Even though that was penned in 1875, it’s not a bad description of what Lang does. Saslow continues:

“About 10 years ago, … Lang collaborated with Lawrence Livermore National Laboratory to design a telescope lens that could go to space. Origami principles were ideal for the task because the lens, called the Eyeglass, needed to be big — about the size of a football field — once in space but also small enough to be shot into orbit by a rocket. A prototype demonstrated that hinged panes of glass could be used to compact the lens down to dimensions of no more than about 13 feet without degrading the optical performance. But the Eyeglass was never sent into space for lack of funding. Lang has also worked on computer models for folding car air bags. Simulating air-bag deployment is important because otherwise auto manufacturers would have to crash a lot of cars to determine which ones are safe — an expensive prospect.”

Although there are not many people working in the “origami as science” arena, Saslow reports there are indeed others using the methodology. For example, “Oxford University researchers have used origami techniques to design stents, which must be small enough for doctors to thread through a blood vessel but then pop open big enough to hold the artery or vein open.” Saslow continues:

“Lang isn’t the only math and science wonk enchanted by paper folding. … Tom Hull, an associate professor of mathematics at Western New England College in Springfield, Mass., … uses origami when he teaches, finding ways to tie it into to concepts in calculus, number theory, geometry and algebra. He says it’s a quick way to engage his students and to help them understand vague concepts in a visual way. … ‘Kids are so afraid of math. The world is so afraid of math,’ Hull says. ‘But with origami, they’re not thinking, “I’m doing this scary math thing,” they’re just folding paper. It’s a neat way to break the barriers down.’ While most advanced origamists turn to math to fold bigger and better models, Massachusetts Institute of Technology associate professor Erik Demaine turned to origami to find more difficult geometric problems to solve. In 1996, Demaine was starting a PhD in computer science at the University of Waterloo in Ontario (he was 15 at the time) and stumbled upon Lang’s work. ‘I thought, “Oh, that sounds cool. Maybe we can do something new.”‘ Now, Lang and Demaine are working together on a mathematical proof of the tree method of origami design. (Their paper is so long now that they might end up publishing it as a book.) The tree method is the idea that origami models can be thought of as stick figures; for instance, an origami beetle’s body is the trunk, and each leg is a branch. The proof would rule out the possibility that any origami figure could not be made using this method. Lang has released five versions of TreeMaker, a software program that allows origami artists to sketch stick figures and have their computer spit out a crease pattern that they can follow. Separately, Demaine is researching the microbiological applications of origami. He suspects that the principles that govern origami might also dictate how protein molecules fold in our bodies — a process that, when it goes wrong, has been linked to illnesses such as Alzheimer’s and Parkinson’s diseases. ‘That would be the endpoint, to predict what nature is doing,’ Demaine says. … In 2003, he was awarded a MacArthur Foundation ‘genius grant’ for computational origami. The $500,000 award cited him for ‘tackling and solving difficult problems related to folding and bending — moving readily between the theoretical and the playful, with a keen eye to revealing the former in the latter.'”

As Lang’s story highlights, innovative uses of paper go beyond art. An innovative flexible chair, although not origami, is another example of how designers are combining math and design to create practical solutions [“FlexibleLove – the extraordinary expanding chair,” by Jude Garvey, Gizmag, 17 February 2010]. Garvey reports:

“This fabulously functional chair is constructed almost entirely from recycled cardboard and recycled wood waste and can expand to hold up to16 people! … At first glance, the design of the FlexibleLove chair seems quite simple, but once you see how quickly and easily it can be expanded and contracted, you really appreciate the complexity of its design. The unique qualities of its accordion and honeycomb structure allow it to be stretched and folded into a multitude of shapes and lengths – creating surprisingly strong seating. To change its length and shape, you simply pull each end – much like playing an accordion. For a chair that offers this much flexibility and adaptability, it’s hard to believe it is made almost entirely of recycled cardboard.”

Garvey reports that even though the chair is innovative and cleverly constructed, it does have some drawbacks:

“How does cardboard manage to hold the weight of up to 16 people? Their body weight is divided evenly between the hundreds of cells contained in the chair. And, although it is strong enough to support the weight of all those people, it won’t support unbalanced weights so don’t let the kids jump or walk on it and obviously don’t use it outside or near fire! The FlexibleLove was designed by Chise Chiu, a young designer from Taiwan. He discovered a factory in suburban Taipei that made honeycomb-structured pieces of recycled paper. This gave him the idea that the qualities of rigid honeycomb-structured cardboard could be used to create flexible furniture.”

Watch the video to see how flexible and fun the chair can be.

You might find that you’re having so much fun changing the configuration of the chair that you forget you can actually sit on it. At just over 55 pounds, the chair isn’t light; and costing over $600, it isn’t cheap (that’s about $38 apiece for sitting 16 people). Still, if you don’t have much room but lots of friends, the chair may be just what you’re looking for! Aristotle wrote, “Pleasure in the job puts perfection in the work.” You can tell that those involved in designing products and art from paper have pleasure in their work. 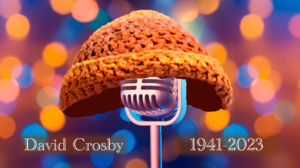