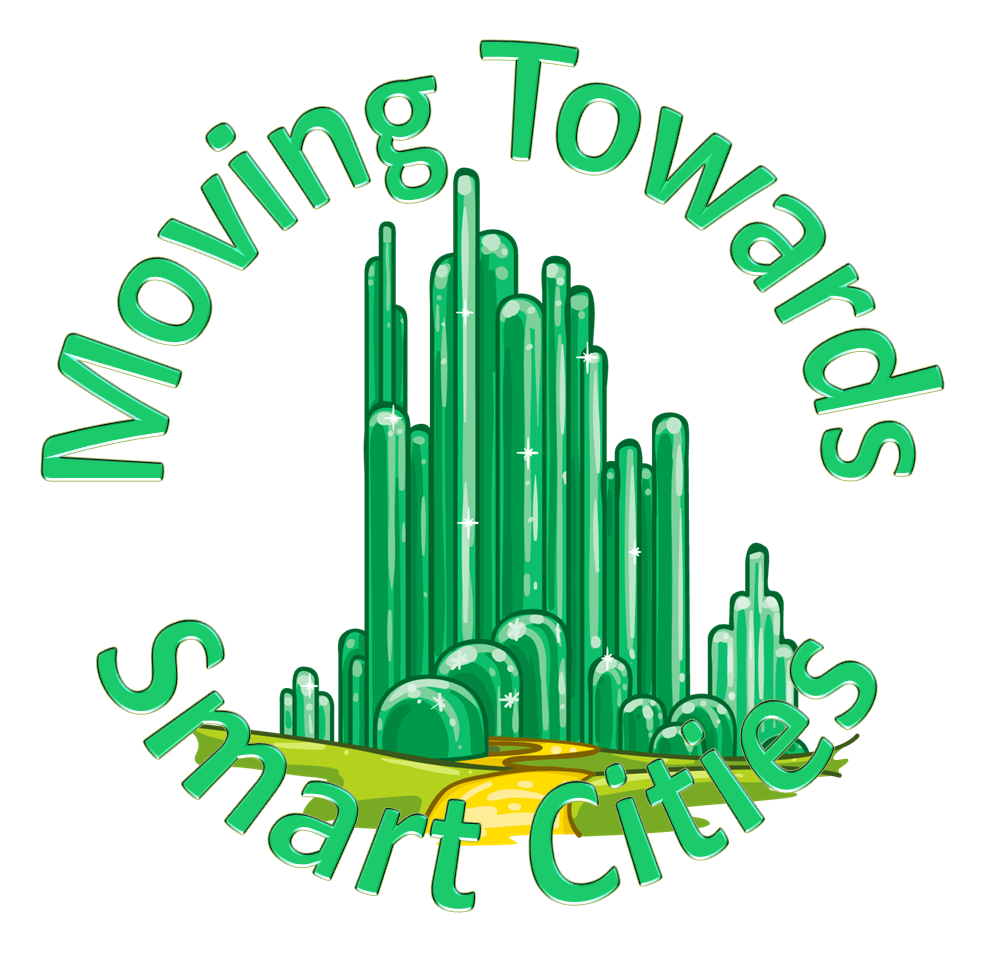 “Twenty-first century technologies offer newfound promise for the future of cities,” write Rob Puentes (@rpuentes) and Adie Tomer (@AdieTomer), “more efficient resource usage, greater connectivity between people and places, and broader opportunity for all. They also promise a competitive and sustainable edge relative to other cities slow to adapt.”[1] The movement towards smart cities begs a fundamental question: What is a smart city? Matt Hamblen (@matthamblen) states, “It’s a fair question, but a hard one to answer.”[2] It’s a hard question to answer because, for most cities, being smart is measured one system at time. Hamblen explains:

“Many larger municipalities have embraced the ‘smart city’ concept in recent years, but definitions of the term — and examples of the ways technology is being used to make cities ‘smart’ — run the gamut. Mayors and city CIOs usually talk about using sensors to, say, wirelessly manage streetlights and traffic signals to lower energy costs, and they can provide specific returns on investment for such initiatives — x millions of dollars saved over y amount of time, for example. Other examples include using sensors to monitor water mains for leaks (and thereby reduce repair costs), or to monitor air quality for high pollution levels (which would yield information that would help people with asthma plan their days). Police can use video sensors to manage crowds or spot crimes. Or sensors might determine that a parking lot is full, and then trigger variable-message street signs to direct drivers to other lots.”

The question remains: Does operating a few systems more efficiently really qualify a city to call itself “smart”? Enzo Peduzzi, Director of Industry Affairs at Siemens Building Technologies and President of Euralarm, doesn’t offer an answer to that question; but, he does believe that addressing the efficiency of individual systems and connecting those systems with other urban systems are important first steps. “The current process of urbanization is reflected not only in housing shortages and sky-rocketing rents,” he writes. “European cities, in particular, were built based on 19th-century principles, and the individual supply systems are often viewed in isolation. The exploding population is rapidly driving cities to their limits with respect to energy supply, security, digital communication, transportation and traffic. The concept of the smart city provides one answer. Its primary mission is to distribute existing resources efficiently. Networking individual supply systems through technical solutions should enable cities to respond dynamically to temporary demands, thus preserving their functionality.”[3] Ray Hooke, Senior Intelligence Hub Analyst at Peterborough City Council in the UK, writes, “If you were to ask 100 people, ‘What is a smart city?’ you would be likely to get 100 different answers, demonstrating that it means many different things to many different people.”[4] Actually, Hooke is optimistic when he writes about getting 100 different answers from a 100 different people. Surveys have shown that you are more likely to get confused shrugs rather than answers to that question because the majority of people have never even heard the term “smart city.”[5] Nevertheless, Hooke writes, “For me, a smart city means two things. Smart connected citizens, and smart connected services.” My preferred definition of a smart city is a bit longer but covers the same ground as Hooke’s definition:

At the heart of every smart city initiative is connectivity. Tomer and Puentes bluntly state, “No industry or household in the world, will reach their future potential without access to broadband, it is the electricity of the 21st century.”[6] However, connectivity is only a means to an end. Connectivity allows for the collection of data and then that data must be analyzed and acted upon. Paul Simpson writes, “As the digital world empowers us and gives us access to more information than ever before, it comes as no surprise that ‘smart cities’ are quickly becoming a reality, and soon will become more commonplace across the globe. Governments across the world are keen for their cities to become part of an environment that allows cloud-connected devices to collect data about a city’s surroundings and inhabitants. While this may sound a little intrusive at first, it’s worth remembering that to make a city a success, data has to be collected in some form.”[7] The central nervous system for urban connectivity is the Internet of Things (IoT). Teena Maddox (@teena_hammond) explains, “The combination of technology paired with physical infrastructure and services can simplify the lives of residents. That’s the promise of the ‘smart city.’ The concept is the result of the ever-expanding Internet of Things (IoT), with transportation, utilities, and law enforcement among the many areas being impacted.”[8] She continues:

“This is the ideal time for such technology, since more than 60% of the world’s population will live in cities by 2050, according to a report from Cisco Systems. Early adopters of smart city technologies include the European cities of Barcelona and Amsterdam. The concept has quickly spread into other countries, with Copenhagen, Dubai, Singapore, Hamburg, and Nice, France following suit, and U.S. cities are also getting smarter with San Francisco, Chicago, New York, Miami and San Antonio among those adding capabilities. Companies such as Cisco, IBM, Intel, Silver Spring Networks, Build.io, GE Lighting and Siemens are among those providing smart city solutions worldwide.”

As urban areas move towards becoming smart cities, they are finding there is no single path to that goal nor is there an end to the journey. Anil Menon (@Anil_Cisco), Cisco’s deputy chief globalization officer, told Maddox, “Smart cities are evolving cities, and smartness is relative — part of the requirement to be a smart city is to understand that change will always be necessary — but the intelligence comes in choosing the best tools that support that city’s people and keep its culture vibrant and sustainable.”