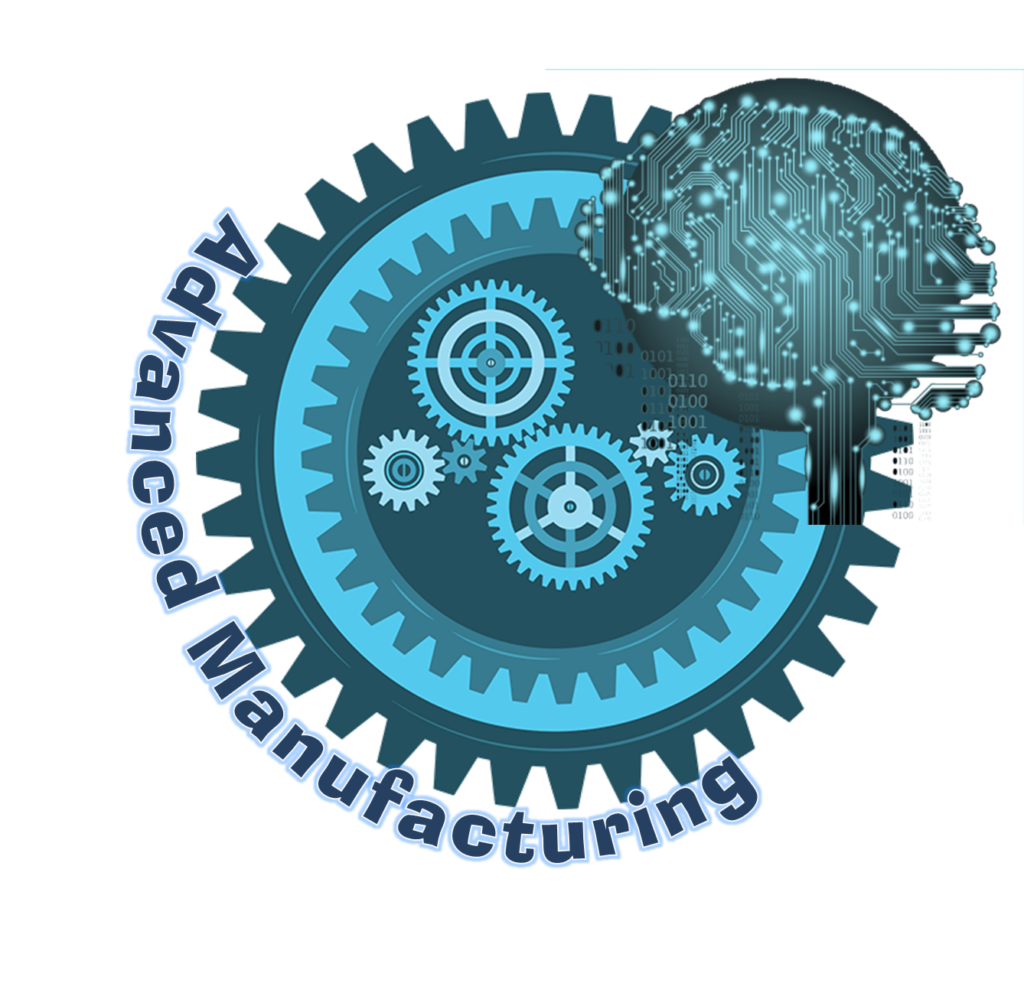 Manufacturing is Still Critical for a Healthy Economy

In KPMG’s 2014 Global Manufacturing Outlook report, Jeff Dobbs, KPMG’s Global Sector Chair for Industrial Manufacturing, wrote, “The challenges of the past five years (largely characterized by global uncertainty, economic volatility, geo-political instability, shifting markets and natural disasters) have resulted in massive changes to the manufacturing landscape and there is every indication that these macroeconomic winds of change will continue to blow.” Dobbs indicates that changes in manufacturing have been (and will be) so significant that the future of manufacturing can be described as one that will be characterized by “Disruptive Complexity.” As volatile and uncertain as the past has been, Dobbs says the forces that changed manufacturing in the past “may seem tame compared to the new forces created by the proliferation of data, scientific discovery, robotics, technology and artificial intelligence … just to mention a few.” Since we are supposedly living in a post-industrial age, you might be asking yourself, “What’s the big deal? Why all the emphasis on manufacturing?” Brookings Institution analysts, Susan Helper, Timothy Krueger, and Howard Wial, answer those questions this way, “Manufacturing matters to the United States because it provides high-wage jobs, commercial innovation (the nation’s largest source), a key to trade deficit reduction, and a disproportionately large contribution to environmental sustainability.”[1] They also answer another crucial question — “Which manufacturing matters?” They believe that the most important manufacturing sectors are those that are being called “advanced manufacturing.” They explain:

“The manufacturing industries and firms that make the greatest contribution … are … those that have the greatest potential to maintain or expand employment in the United States. Computers and electronics, chemicals (including pharmaceuticals), transportation equipment (including aerospace and motor vehicles and parts), and machinery are especially important.”

Boston Consulting Group analysts, Harold L. Sirkin, Michael Zinser, and Justin Rose, assert that one reason advanced manufacturing is important is because it places an emphasis on increased productivity rather than low-cost labor. “For the past few decades,” they write, “the scramble for competitive advantage in manufacturing has largely revolved around finding new and abundant sources of low-cost labor. But with wages rising rapidly in China and other emerging markets, manufacturers worldwide are under intensifying pressure to gain advantage the old-fashioned way — by improving their productivity.”[2] Once wages are removed from the equation as a major driver, American workers once again become players on the manufacturing scene. The Strategic Sourcerer reports, “Many analysts would assert that the U.S. and the global manufacturing industry as a whole is due for an industrial revolution.”[3] In the following video, Brookings’ Senior Fellow Mark Muro (@MarkMuro1) discusses how an innovative battery company in Pittsburgh epitomizes the capabilities of the advanced manufacturing sector.

Muro asserts, “America’s advanced industries are going to be crucial if the U.S. is going to regain its true economic prosperity.”[4] He continues:

“America’s business, civic, and government leaders need to commit to rebuilding the advanced industry sector. We need to pile on to technology innovation, reinvest in our STEM workforce, and rebuild our regional ecosystems in every region of the country.”

Sirkin and his colleagues agree with Muro that advanced industries are critical for America’s economic health. They write, “Technological development is likely to be the catalyst for the next wave of manufacturing productivity gains.” They continue:

“This development, which some refer to as Industry 4.0, is characterized by cyber-physical systems (CPS) and dynamic data processes that use massive amounts of data to drive smart machines. A confluence of forces — falling prices and rising performance of enabling hardware and software, the digitization of industry, increasing connectivity, and mounting pressure on manufacturers to be more flexible and eco-friendly — is likely to accelerate adoption of the next generation of advanced manufacturing technologies. In the near future, they may transform the economics of global production in many industries. The term ‘advanced manufacturing’ has been around for decades and means many things to many people. We define advanced-manufacturing technologies as a set of highly flexible, data-enabled, and cost-efficient manufacturing processes. These tools offer a range of benefits that, taken together, could redefine the economics of global-manufacturing competitiveness in a number of industries.”

A Brookings’ report on “America’s Advanced Industries” provides an excellent discussion about why these manufacturers are critical to America’s economic future. An introduction to the report states:

“Characterized by its deep involvement with technology research and development (R&D) and STEM (science, technology, engineering, and math) workers, the sector encompasses 50 industries ranging from manufacturing industries such as automaking and aerospace to energy industries such as oil and gas extraction to high-tech services such as computer software and computer system design, including for health applications. These industries encompass the nation’s ‘tech’ sector at its broadest and most consequential. Their dynamism is going to be a central component of any future revitalized U.S. economy. As such, these industries encompass the country’s best shot at supporting innovative, inclusive, and sustainable growth.”

The report offers three conclusions. First, “advanced industries represent a sizable economic anchor for the U.S. economy and have led the post-recession employment recovery. Modest in size, the sector packs a massive economic punch.” Second, “the advanced industries sector is highly metropolitan and varies considerably in its composition and depth across regions. Advanced industries are present in nearly every U.S. region, but the sector’s geography is uneven.” Finally, “the United States is losing ground to other countries on advanced industry competitiveness. The United States has the most productive advanced industries in the world, behind only energy-intensive Norway. However, this competitiveness appears to be eroding.” Click on the above link to read more about why Brookings’ analysts reached these conclusions. Obviously, the analysts don’t believe that it’s too late for U.S. manufacturing to turn around and compete on equal footing with other global manufacturing powerhouses.

To achieve this turn-around, most analysts insist that technology is going to play a significant role. As the Strategic Sourcerer writes, “U.S. manufacturers will not only have to integrate technology into existing processes, but make it the basis of the way in which goods are fabricated.” KPMG analysts agree that advanced technologies are critical to America’s manufacturing future. They write, “The manufacturing world is entering an era of hyper-innovation where advances in technology and material science are rapidly changing what we consider ‘possible’ and creating new business opportunities along the way.”[5] Even if smart factories of the future employ fewer workers, manufacturing remains important because it generates numerous other jobs in its supply chain tail. Advanced technologies will also affect how supply chains function in the future. KPMG analysts explain:

“Ask a manufacturer to identify their biggest supply chain challenge and you’ll more than likely hear the word visibility. But to achieve greater visibility, organizations will need to improve the integration of their supply chain. … While the value associated with increased visibility is certainly alluring to manufacturers, many have stalled simply because they lack either the skills or the capacity. Given that most organizations have traditionally been very focused on optimizing within their walls rather than outside of them, achieving the necessary change in skills and capacity will be a lingering problem. This is not to say that visibility hasn’t improved significantly. According to our research, many of the gains in supply chain visibility have resulted from stronger relationships between manufacturers and their top tier suppliers. … You simply can’t build the type of relationship you need to share real-time data without trust. Yet while there will always be an overarching issue of trust when suppliers feel they are being measured and evaluated based on their real-time data, it is encouraging to see that suppliers and manufacturers are moving forward with setting the stage for real-time information sharing. … Moving toward a globally integrated supply network is of paramount importance for this sector. We believe there is still much work to be done around trusted relationships, transparency, and technology enablement to foster these types of collaborative business models.”

Paramount for all of this information sharing (both within and between companies) is a secure Internet of Things. Most data will be passed automatically between systems with human intervention only becoming necessary when non-routine decisions need to be made. The BCG analysts conclude, “The next technological revolution in manufacturing will take time to fully unfold, but the early stages have already begun.”