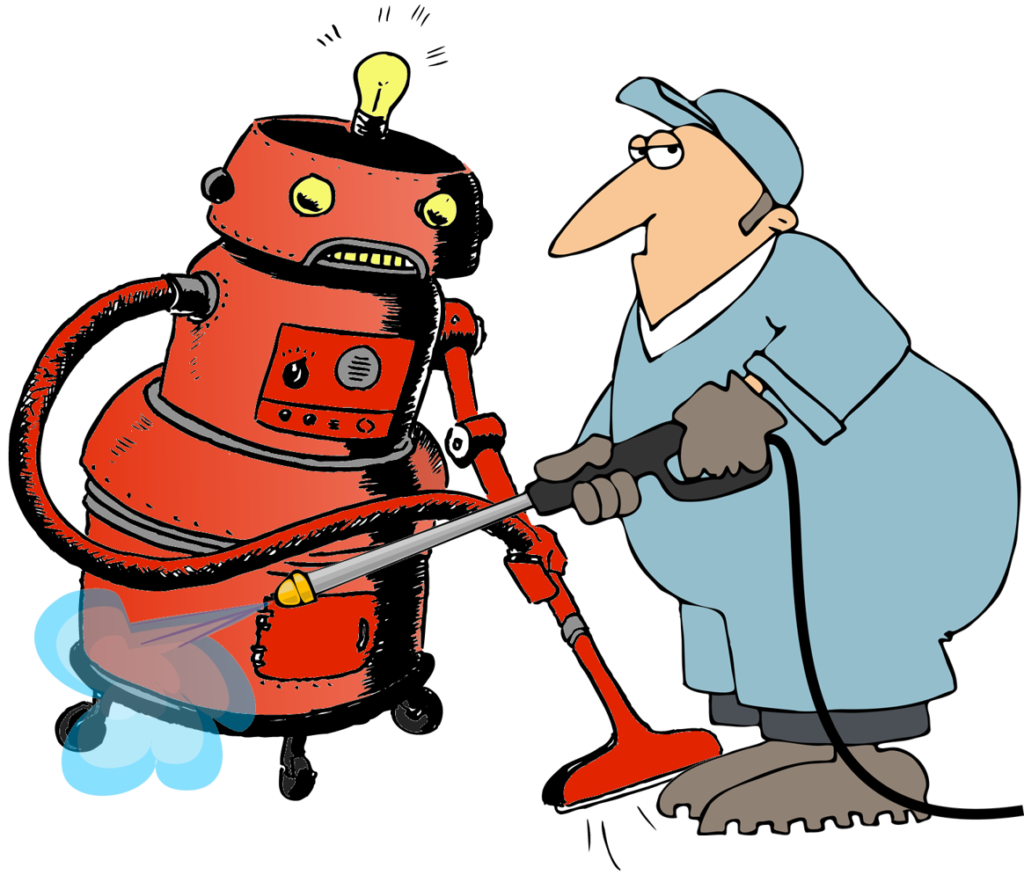 Living and Working with Artificial Intelligence

There are a lot of people who would like to turn back the hands of time — people who believe the simpler life of yesteryear was better. Such wistful thinking often involves forgetting about the many advancements that have improved the quality of our lives. Some of those same people would like to put the artificial intelligence (AI) genie backs in its bottle because it has changed the work environment. That’s not going to happen. Satya Nadella (@satyanadella), Microsoft’s CEO, believes AI and smart machines are going play a significant role in our lives and that we will eventually come to appreciate its help. During a conversation at a conference held in Munich, Germany, he remarked, “[The future] is going to be about people working with machines. So that means you have got to be able to understand machines and how they work. There is no walk of life that is not going to require computational understanding.”[1] Like me, he believes human/machine collaboration will characterize the future. He asserts, “I think it is the coming together of liberal arts and sciences that are going to keep human creativity and ingenuity [alive] in an age where machines are intelligent.”

Artificial Intelligence will Only Get Smarter

Like Nadella, Huw Price, Bertrand Russell Professor of Philosophy and a fellow of Trinity College at the University of Cambridge, suggests people should resign themselves to the fact that artificial intelligence is here to stay and will play an increasingly important role in our lives. “First,” he writes, “there’s been a lot of real progress — theoretical, practical and technological — in understanding the mechanisms of intelligence, biological as well as non-biological. Second, AI has now reached a point where it’s immensely useful for many tasks. So it has huge commercial value, and this is driving huge investment — a process that seems bound to continue, and probably accelerate. One way or another, then, we are going to be sharing the planet with a lot of non-biological intelligence.”[2] He doesn’t dismiss the potential dangers of developing an artificial general intelligence (AGI) system, but he understands technological advancement is not going to be stopped. Some scientists doubt a true AGI system will ever be built; but, that doesn’t mean weak and strong AI won’t play a significant role in our daily lives.

Jonathan Vanian (@JonathanVanian) reports a number of “analysts, technologists, and researchers … claim that the rise of artificial intelligence technologies like deep learning are ushering in a new age.”[3] As I will argue below, this new age will require many workers to be retrained and reskilled in order to find productive work. The workplace, however, is not the only location where people will encounter artificial intelligence. Tom Vander Ark (@tvanderark), CEO of Getting Smart, lists several ways AI could change the way you live at home.[4]

2. Household chores. According to a Stanford University study, “More than half a dozen startups around the world are developing AI-based robots for the home.” Vander Ark writes, “You can expect improvements in vacuuming robots and even laundry folders.”

3. Smart home control systems. Smartphones now allow people to monitor their home security system, regulate the temperature in their home, unlock and lock their doors, and even open and close their garage door. As Vander Ark observes, “A lot of these use AI behind the scene to get smarter over time.”

4. Better music. “Companies like Spotify use algorithms to learn user behavior and present them with individualized, contextualized experiences,” Vander Ark explains. “Over time, these models become smarter and improve capabilities.”

5. Transforming retail. As noted above, the Amazon Echo was a big hit at Christmas. Echo’s AI assistant, Alexa, can help you answer questions, play games, and buy things. Vander Ark writes, “From discovery to delivery, AI delivers tangible and important advantages for both retailers and their customers. It will make shopping both easier and more personal. And it’s already happening, all around you.”

6. Health monitoring. Most people are familiar with “wearable” technology that can track your activity level. Vander Ark writes, “Your bathroom mirror is about to get smarter. Prototypes track skin firmness, texture, clarity, brightness and health.”

Those are just a few of the ways that AI could find its way into your homes.

Artificial Intelligence in the Workplace

“If you still aren’t convinced that cognitive technology is going to impact your life and business,” writes Chris Cancialosi (@gothamCulture), founder of gothamCulture, “think again. … It’s already happening.”[5] He goes on to note that people whose livelihoods are threatened by AI are not happy machines are getting smarter. There’s no denying that automation and AI are going to cost some people their jobs. With some retraining and reskilling, however, these people can learn to collaborate with machines in the workplace. Cancialosi reports, “IBM prefers the term ‘augmented intelligence’ over artificial intelligence. They believe that rather than computers taking over for humans, cognitive technology will serve a critical role in augmenting the humans it supports. This augmented intelligence will create unparalleled opportunities to draw out the full capacity and potential of the human spirit by relieving people of transactional and mundane tasks that take up so much time today.”

It should come as no surprise that people like Nadella and IBM CEO Ginni Rometty believe human/machine collaboration will characterize the future. That kind of collaboration is a much easier way for businesses to improve efficiency and productivity than trying to automate everything and eliminate human workers altogether. Nadella and Rometty see this path to future as a great business opportunity — and I agree. Chris Brauer (@twae), Director of Innovation at Goldsmiths , told Karl Flinders (@Karlfl), “The real productivity benefits of AI will not be simply a factor of automating existing processes. The arrival of AI will engender entirely new, unknown possibilities for humans and what they can achieve. It is this new configuration of humans working alongside intelligent machines that will be the source of sustained competitive advantage.”[6] Cancialosi adds, “By freeing people from mundane or repeated tasks and augmenting them with technology to support rapid data analysis and insights, the human capital in your organization can spend more of their time creating and innovating; solving problems that computers cannot. … Learning how to operate and thrive in this new world will take quite a bit of adaptation and time will tell how augmented intelligence will reshape the dynamics of the workplace.”

Artificial intelligence is going to impact our lives in numerous ways. The insight businesses should take away is that they need to invest in both technology and people if they are going to thrive in the decades ahead. Accenture chief technology officer Paul Daugherty (@pauldaugh) insists, “We need to invest in technology, but the real opportunity is to invest in people.”[7] Change is never easy and safety nets will be needed to help displaced workers prepare themselves for new careers. In the end, however, the world will be a better place once humans and machines start collaborating in meaningful ways.