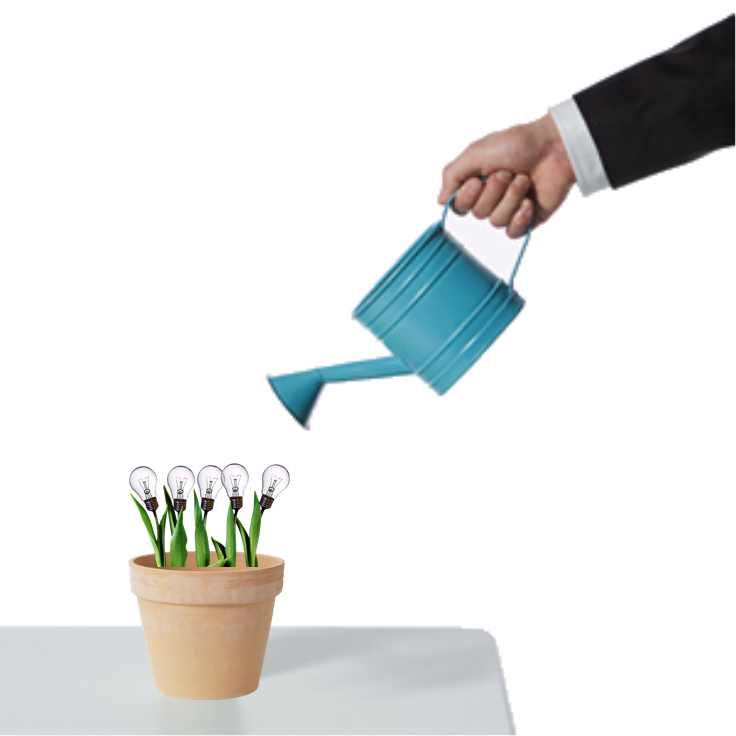 Destroying things is always easier and quicker than building them and killing things is always easier and cheaper than keeping them alive. This is just as true for ideas and new concepts as it is for physical objects. I’m specifically thinking about the innovation process. It’s much easier to create a culture that kills innovation than it is to foster a culture that nurtures it. This should worry business leaders because innovation is critical for corporate survival and they know it. “Innovation is the top goal for the business community, according to ChainLink Research’s annual survey of manufacturers, distributors, retailers, and solutions and logistics services providers.”[1] Deb Owen (@Deb_Owen), an innovation strategist, asserts, “As a key to competitiveness, everyone is seeking [innovation].”[2]

Last year, you may have seen a film starring Seth MacFarlane and entitled “A Million Ways to Die in the West.” The film was about a cowardly farmer who fell for a mysterious new woman in town. MacFarlane had to test his courage when the woman’s husband, a notorious gun-slinger, came into town. The underlying premise of the film was captured in its title — the Wild West was a scary place and it was easy to get killed in its harsh environment. The business world remains a lot like the Wild West and there are probably as many ways to kill innovation as there were ways to die in the west. MIT Professor Yossi Sheffi writes, “I have seen many worthwhile ideas wither on the vine. When originality threatens the status quo or runs counter to an organization’s culture, the individual behind the idea can struggle to gain traction.”[3] Professor Sheffi has identified six of the most common ways that companies can kill innovation. The first way that an enterprise can kill innovation is by suffering from corporate tunnel vision. What Sheffi means is that companies can kill innovation by defining themselves too narrowly. He points out that Nike would never have become the powerhouse it is had it defined itself as a shoe company rather than a firm that offers lifestyle choices. The second way to kill innovation Sheffi says is to maintain a dense corporate bureaucracy. “Here,” he writes, “the impediment to innovation is a heavy-handed bureaucracy designed to ensure that the company adheres to certain processes and controls cost. This bureaucracy morphs into a system that supports the status quo and resists fresh thinking.” He could just as well have applied the term “dense” to leaders who are unable to foster a culture of innovation; which is a good segue into his next innovation killer — lack of leadership.

“Leaders set the tone of an organization,” Sheffi writes, “and if top managers are not comfortable with a cutting-edge, less-familiar working environment, then the whole firm is likely to follow suit.” Owen adds, “The two things creativity requires most to flourish are time and space. Allowing sufficient time and space for creativity not only to emerge, but to generate a good idea worth pursuing, can be challenging in a world focused on instant gratification and quarterly reports. Building this type of environment whether in a small startup or a large corporation comes from the top.” Bad leaders are also generally responsible for the next innovation killer — lack of incentives. “A company can talk up the importance of innovation, Sheffi asserts, “but if employees do not have appropriate incentives and rewards built into compensation systems, then the outcome is likely to be earnest words and little action.” Sheffi’s sixth innovation killer is the “not invented here” syndrome. I’ve written about this in previous articles. Good ideas can come from anywhere. A company that believes outsiders can’t have good ideas is foolish. Yet, according to Sheffi, “Some companies find outside ideas almost repugnant. A supplier comes to them with an innovative idea for a new product or process, say, and the organization sets out to discredit the proposal. Often managers worry that their bosses will think less of them because they did no come up with the idea.” Sheffi’s final innovation killer is the compulsion to clone. He explains, “This problem becomes apparent during mergers and acquisitions. A buyer might acquire a smaller company because it values the target organization’s spirit and agility. Unfortunately, as the first order of business, the buyer instills their own stifling organization on the acquired company.”

Avoiding the innovation killers identified by Sheffi is clearly necessary but avoidance alone will not foster a culture of innovation. Chris Cancialosi, Managing Partner at gothamCulture, asserts that innovation is “a culture issue.”[4] He explains, “Creating a culture of innovation is more about building an engine of employee behaviors within your organization. But, even the most well intentioned engines of innovation can stall unless you continuously provide the right fuel to support those behaviors. … A sure sign that the engine of innovation is stalling in your company is when most of your energy is focused on internal or established processes, while external factors in the market and competition are largely ignored.” The first step towards creating a culture of innovation is to ensure that everyone in the company has a shared vision. Cancialosi calls this raising awareness and common understanding. He writes, “It all starts with helping people in the organization to develop some perspective around what organizational culture is and how it drives attitudes and behaviors to every corner of the company.”

If your company doesn’t have the right culture, Cancialosi says the next step you must take is making a collective decision to change. He explains, “If your organization is focusing too much on the internal and you collectively agree that this is an issue; it’s time to make the decision to change. Only when this decision is made and people are on board with the need will you open the door to begin the journey.” Since culture is all about behavior, Cancialosi insists that the next step a company must take is ensuring that behavior actually changes. “It’s not enough to just go forth and proclaim that people should now, all of a sudden, behave in new ways,” he writes. “People have survived and prospered for years by doing things a certain way and they aren’t likely to jump into a new way of being because you said so. It’s going to take leaders getting out there and showing people that behaving in new ways that drive innovation is not only okay; it’s welcome. They can show and reinforce that these behaviors are welcome by rewarding and recognizing those who exhibit them and not punishing those who try and fail.” Once you’ve changed the people, Cancialosi notes that you have to align “existing systems and processes to incentivize exploration of new behaviors.” He stresses that this “takes very careful thought and effort.” Owen believes that one hurdle to this kind of realignment is using old metrics to determine return on investment. She writes, “By expanding the view of measures and including decision makers in the process of creating those measures, it’s possible to avoid the ROI trap.”

Cultures change gradually. As much as we might like to see change happen overnight, Cancialosi cautions that you must give it time. “The current ways of doing things in your organization didn’t happen overnight,” he writes, “and neither will large changes in behavior. It will take time for people to be open to experimenting with new behaviors and it will take many iterations of the organization seeing that those new ways of doing things actually yield success. Over time, as people realize that those new behaviors result in positive outcomes, they will become part of the culture and, in turn, become the accepted way things are done. Eventually, they will move into the collective subconscious as a way that people behave without needing to even really think about it.”

Owen concludes, “Unleashing creativity by creating the right conditions for it to emerge, utilizing frameworks such as design thinking, beginning and maintaining an empathetic focus on people, thinking differently about ROI, and building a culture of creativity leads to innovation that impacts humans. It all begins, not with process and profit, but people.” Sheffi and Cancialosi would probably agree with that conclusion. Although processes are important, people remain the most important part of the innovation process.