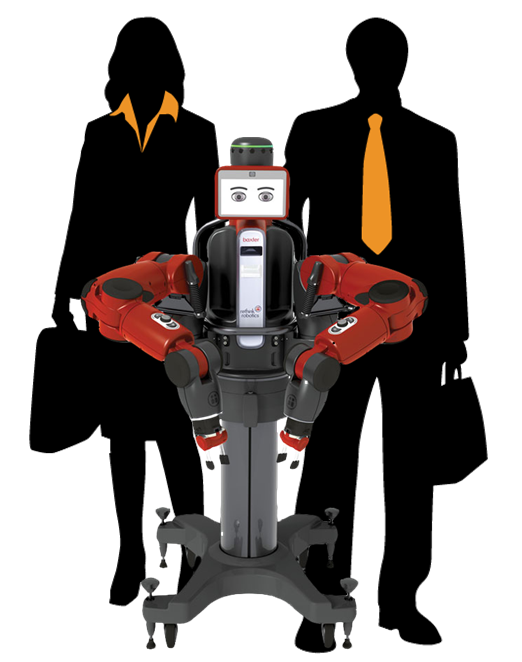 “Emerging technologies like industrial robots, artificial intelligence, and machine learning are advancing at a rapid pace,” observe Brookings Institution analysts Jack Karsten (@jtkarsten) and Darrell M. West (@DarrWest), “but there has been little attention to their impact on employment and public policy.”[1] In the years ahead, jobs sustainability is going to be a topic that increasingly grabs headlines, becomes a focus of debate, and embroils businesses, governments, and labor organizations in clashes that rival the early years of the labor movement. Like many others, Karsten and West foresee the displacement of a significant number of workers as new technologies gobble up jobs. “While emerging technologies can improve the speed, quality, and cost of available goods and services,” they write, “they may also displace large numbers of workers.” We know that high unemployment is never a good thing; yet, businesses seem determined to follow a path that will inevitably result in that outcome. Jobs sustainability is something that we need to think about and mitigate starting today.

One of the challenges we face when discussing jobs sustainability is that there are two very different schools of thought regarding the subject. Individuals in the first school of thought believe emerging technologies will temporarily displace workers (as have all previous industrial revolutions); but, as with previous technological advances, they believe more jobs will be created than will be lost as a result of implementing those technologies. Those holding views in the second school of thought believe this new industrial revolution is different and more destructive. They believe there will be a significant net job loss — so significant that it will create social turmoil and economic collapse. Frankly, we don’t know which school of thought is correct. We do know, however, that if the latter school proves accurate, we’re all in big trouble. So why would we let that happen? The simple answer to that question is: Short-sightedness. Company executives in search of ever-larger profits could fail to understand one simple fact — if humans aren’t employed and making good money, there won’t be any customers for the products being manufactured by machines. And it’s not just the manufacturing sector that is going to be affected. Rick Wartzman (@rwartzman) writes, “Computers are making fast inroads into tasks once thought impervious to automation.”[2] Television executive and futurist, Robert Tercek, bluntly states, “Everything that can be automated, will be.”[3] On the brighter he notes, “But not everything can be.” Boston Consulting Group analysts frame the picture this way:

“Industrial production was transformed by steam power in the nineteenth century, electricity in the early twentieth century, and automation in the 1970s. These waves of technological advancement did not reduce overall employment, however. Although the number of manufacturing jobs decreased, new jobs emerged and the demand for new skills grew. Today, another workforce transformation is on the horizon as manufacturing experiences a fourth wave of technological advancement: the rise of new digital industrial technologies that are collectively known as Industry 4.0. How will this next wave of industrial evolution play out? Will it create or destroy jobs? How will job profiles evolve? And what types of skills will be in demand? The answers to these questions are critical to business leaders and policy makers as they seek to take full advantage of the opportunities arising from Industry 4.0 by ensuring that an appropriately skilled workforce is in place to capture them.”[4]

As the President/CEO of a cognitive computing company, I’m well aware of the fact that artificial intelligence is one of the technologies leading this new industrial revolution (aka Industry 4.0). That’s why I’m interested in understanding how new technologies could affect the workforce and what can be done to ensure jobs sustainability in the decades ahead. Karsten and West observe, “The impacts of automation technologies are already being felt throughout the economy.” They explain:

“The worldwide number of industrial robots has increased rapidly over the past few years. The falling prices of robots, which can operate all day without interruption, make them cost-competitive with human workers. In the service sector, computer algorithms can execute stock trades in a fraction of a second, much faster than any human. As these technologies become cheaper, more capable, and more widespread, they will find even more applications in an economy.”

That’s why we cannot delay thinking about jobs sustainability. If we do delay, the dark future predicted by some analysts will be upon us before we know it. Since I’m an optimist, I believe that we can create a better future with technology and still keep people gainfully employed. It won’t be easy, but it will definitely be worth it. As I noted in a previous article (“Jobs Sustainability in the Age of Automation“), part of the solution to this conundrum is figuring out how humans and machines can work together in a collaborative way. John Lovelock, a research vice president and chief forecaster at Gartner, foresees a future in which “the relationships between people and machines will continue to become increasingly collaborative.”[5] His sees automation enhancing rather than replacing many jobs. He explains:

Shawn DuBravac (@shawndubravac), Chief Economist of the Consumer Technology Association, agrees with Lovelock that AI should make people better at their jobs. “Rather than thinking about these AI computer systems taking over our jobs,” he writes, “we should think about AI taking over specific tasks, augmenting our jobs and forever changing how we work.”[6] This conclusion was also reached in a report published by Silicon Valley Robotics, a non-profit comprised of several robot companies. Writing about the study, Bryan Clark (@bryanclark) observes, “Robots definitely won’t be taking your job, at least, not any time soon. The report details a more likely occurrence, which will be robots doing repetitive and menial labor and freeing humans up to do managerial or creative tasks that robots are not yet capable of. … So fear not, humans, robots aren’t coming for your jobs, at least not yet.”[7] As noted earlier, artificial intelligence (not just robotics) is the technology that is fostering this rapid rise in automation. That genie is not going to be put back in the bottle. So we need to determine how humans and devices driven by artificial intelligence are going to work together in the future.