Home » Artificial Intelligence » The Internet of Things and Beyond 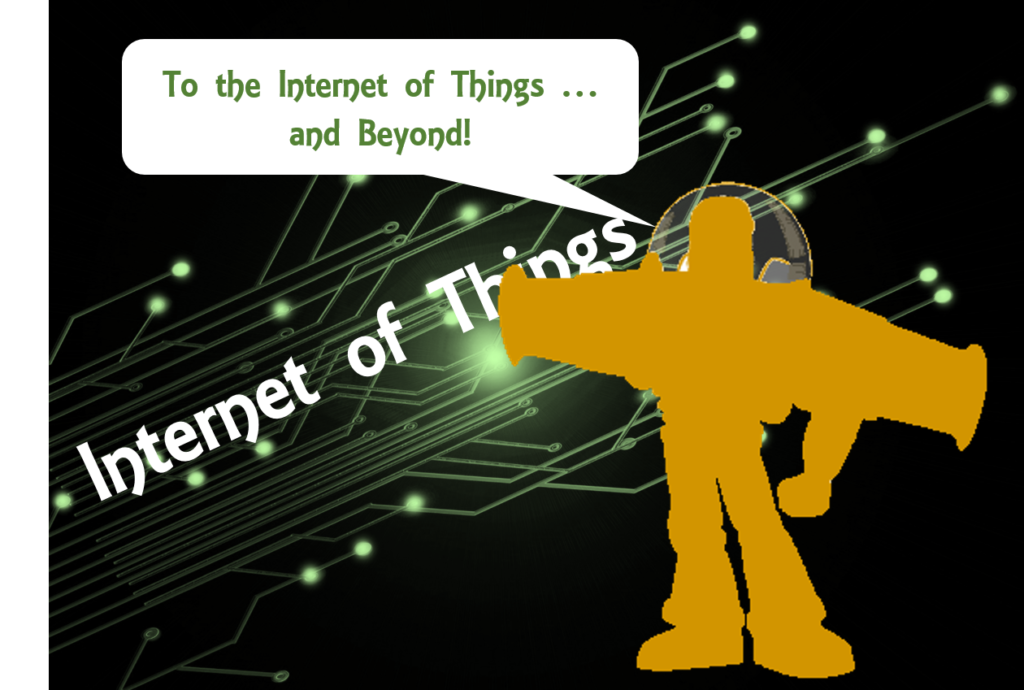 The Internet of Things and Beyond

The current buzz about the emerging Internet of Things (IoT) leaves the impression it is a single, humongous network into which all companies and gadgets will connect. Michael Morton (@michaeljmorton), Chief Technology Officer at Dell Boomi, explains why that impression is false. “We sometimes think of the Internet of Things (IoT) as a monolithic solution that companies are rapidly deploying to collect and analyze sensor data in order to do amazing things,” he writes. “The reality is that today’s IoT vendor landscape encompasses a bewildering assortment of devices, gateways, storage systems, analytics solutions and SaaS services, along with a myriad of protocols, security standards and data models.”[1] So much is being written about the IoT you would think this network of networks is up and running smoothly. Again, that is a false impression. Matt LaWell (@MattLaWell) explains, “Far more manufacturing executives than not think that the Industrial Internet of Things will provide the path to future success. Far fewer have a good idea of how to get there.”[2]

Getting Started with the Internet of Things

Although the term “Internet of Things” seems to be the one most pundits are using, it is not the only term being used. General Electric prefers the term “Industrial Internet,” and that term spawned the one used by LaWell (i.e., the Industrial Internet of Things). Cisco analysts believe the day will come in the not-to-distant future when the lines between the World Wide Web (i.e., the Internet) and the IoT will blur so completely it will become the Internet of Everything (IoE). At that point, we’ll likely fall back to calling it the Internet. No matter what you call it, the Internet of Things is poised to have a major impact on business. LaWell reports a research study from the Genpact Research Institute and IndustryWeek, in conjunction with GE Digital and the Industrial Internet Consortium, found: “Regardless of industry, more than four of every five respondents (82%) said that IIoT adoption was critical to future success.”

Research by Stephanie Jernigan, and Sam Ransbotham (@Ransbotham), who teach at the Carroll School of Management at Boston College, confirm the Internet of Things remains in its earliest stage. They report 60% of the organizations responding to a global survey do not yet have an active IoT project.[3] Since so many businesses have yet to get started with an IoT project (and so many executives believe doing so is critical to their business), Jernigan and Ransbotham go on to recommend a few things companies should keep in mind as they get started. First, they recommend starting small. “Initial forays into the IoT are often small experiments,” they explain. “Companies choose an application that requires a limited investment and a relatively small number of IoT devices.” Since most IoT solutions involve the supply chain, they note:

“Embarking on an IoT project means more than managing devices — it means managing new and deeper relationships with suppliers, customers, and even competitors. Many of the organizations in our study began with projects that involved a small number of stakeholders and thus required less coordination and collaboration with outside organizations.”

Second, Jernigan and Ransbotham suggest that both short- and long-term planning take place. “Some companies undertake a small-scale IoT project to gain experience for more complex future projects,” they explain, “since much is learned by doing an IoT project that is difficult to learn from any other activity. Some large Fortune 500 companies work with the Array of Things smart city project in order to gain experience with the deployment of real-world IoT projects. What’s more, once the initial project is underway, organizations often then discover other applications for the data generated by IoT devices.” Finally, they recommend considering alternatives to IoT solutions. Although that sounds counter-intuitive considering the fact so many analysts believe IoT solutions will be critical to future corporate success, Jernigan and Ransbotham report executives they interviewed reiterated “there must be a clear return on investment for the project, a need for the data provided, and no better way to get it.” Their research also determined:

One technology that can help deal with the complexity of IoT-related processes is cognitive computing. Cognitive computing can successfully deal with many more variables than older systems. It provides the advanced analytics Jernigan and Ransbotham insist are essential. It can integrate and analyze both structured and unstructured data. And, it can provide executives with actionable insights.

It may seem premature to talk about a more mature IoT (i.e., Internet of Things 2.0), but David Blackwood (@DavidWBlackwood), global CTO for Capgemini Infrastructure Services, believes the only way companies will truly magnify the benefits of the IoT is to think beyond machine-to-machine connectivity. Doing that, he states will create what “Gartner describes as a ‘business moment’ — when a business spots an opportunity to blend the physical and digital worlds to drive growth.”[4] He continues:

“This new focus on customer-centric experiences shows just how far the Internet of Things has come from its B2B beginnings. Whereas IoT was once just basic sensors collecting business data to inform operational tasks (fleet maintenance, for example), it is now making all types of connections between consumers, suppliers and businesses that really enhance the overall experience. As Scott Nelson of the Harvard Business Review puts it, ‘the next wave [of IoT] will be led by companies who will achieve mass-market success by changing the way they develop IoT offerings, which in turn will change the way they do business.’ I think this evolution towards IoT 2.0 will have implications in three key areas: people, brand and security.”

Some analysts might argue that IoT 2.0 is just another name for the Internet of Everything; it might, however, be the evolutionary step leading to the IoE.

Bob Violino (@BobViolino) notes, “Improving productivity, cutting costs, and automating internal processes are viewed as top benefits of an IoT solution, according to [an IDC] study. This highlights an internal and operational focus by organizations over the short term as opposed to external, customer-facing benefits, it noted.”[5] The external, customer-facing benefits are what Blackwood refers to as IoT 2.0. Morton observes that even as people take the long view on the IoT, they shouldn’t forget that short-term issues remain. He explains, “Current IoT solutions are relatively efficient at collecting sensor data in gateways, moving the data to storage solutions, performing predictive analytics on the huge data stores, and communicating back to the gateway if actions need to be taken. However, these solutions typically don’t communicate with other vital systems customers rely on to run their businesses, including customer relationship management (CRM), enterprise resource management (ERP), human capital management (HCM), patient relationship management (PRM) and more.” Cognitive computing can help address many of those challenges and propel the IoT to the next level. Or as Buzz Lightyear might say, “To the Internet of Things … and Beyond!”