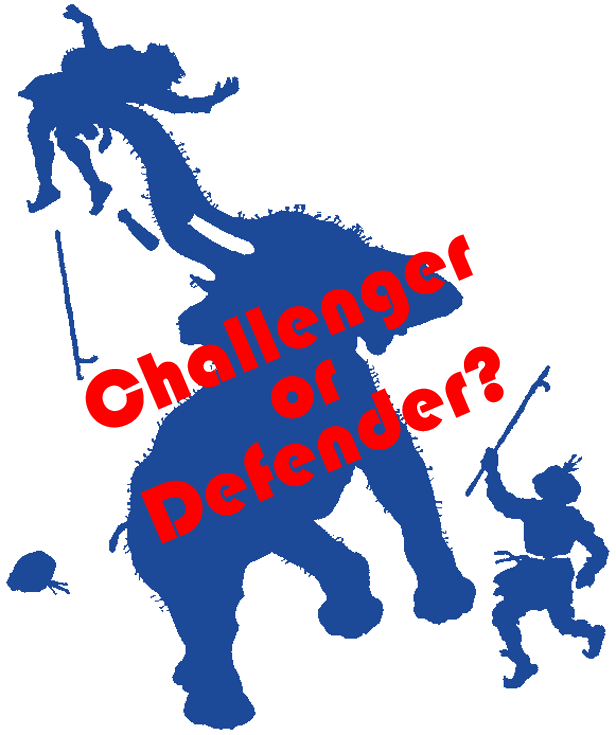 When most people think about U.S. military innovations developed during the Cold War, they assume those innovations were the result of the U.S./Soviet rivalry. The fact of the matter is many of those innovations resulted from inter-service rivalries (e.g., Navy vs. Air Force and Army vs. Marines) and intra-service rivalries (e.g., air, surface, and submarine forces in the Navy). For example, the Navy’s push for strategic nuclear submarines was primarily a move to counter the Air Force’s development of intercontinental ballistic missiles and the development of the Tomahawk cruise missile was the surface Navy’s attempt to regain prominence in an era dominated by carriers and air power.[1] Rivalry plays a significant innovative role in almost every field of endeavor. David C. Ward (@David_C_Ward), senior historian at the National Portrait Gallery, explains, “From an early age we’re told to be nice, play well with others, color inside the lines, and be cooperative and respectful to those around us. Yet it doesn’t take too long — high school or one’s first job — to realize that this ideal state of social harmony rarely exists in the world. And, that being nice may actually hurt you. Indeed, rivalry seems to make the world go round.”[2] He continues:

“Extrapolating from the personal, most theories of civilization, from Darwin (survival of the fittest) to Marx (class struggle) to Freud (psychologically killing dad), find the motor of history in competitive rivalry and the drive to conquer. Not just to win, but to win at the expense of your nemesis. Even in the intellectual professions, the reality of life in the arts and sciences is not so much a tranquil arcadia of disinterested inquiry than a bear pit of conflicting agendas and egos. Tabloid-style gossip aside, the question of rivalry is not just intriguing from the perspective of individual psychology, but in the deeper relationship between the encounter with styles and ways of writing or seeing.”

Although Ward is interested in how rivalry sparks innovation in the arts, I believe his underlying premise has much broader application.

Alexander Kandybin (@kandybin), a partner at Strategy&, reminds us that rivalry is (and always has been) a prime mover in the commercial world.[3] He explains:

“Imagine that you run a large company, prominent in its industry, with a loyal customer base and strong profit margins. Suddenly, a new product comes along that threatens your existence. It could be a technological development that will render your main product obsolete, just as streaming video is doing to cable television. It could be a more user-friendly way to obtain a similar product or service: Think of the sharing economy versus the traditional hospitality industry. Or it could be a creative new approach to existing offerings, such as the use of mini-clinics and telemedicine services instead of conventional physicians’ groups and hospitals. As the incumbent being threatened, you want to preserve your business and compete effectively. You quickly confront challenging questions: Should you rapidly emulate what the new entrant is doing? Or would it be better to double down on your existing products and services?”

“When most people hear the word ‘innovation,’ they think of brilliant trailblazers who challenge the way we view products or services. But that’s only half of what it takes for most companies to generate the kind of game-changing growth associated with innovation. Today’s most successful companies also need leaders who can defend their hard-won turf against clever new startups and fast-moving rivals. It’s the balance of challengers and defenders that helps leading companies to grow sales at speeds that unnerve competitors while delighting customers.”[4]

Although a company may want to be both a challenger (e.g., adopt a new business model) and a defender (i.e., defend the status quo), he argues trying to do so is difficult because those two positions require different skill sets. He explains, “The problem is that while virtually all business managers recognize the importance of innovation, very few can simultaneously rock the boat as challengers while sailing at full-speed ahead as defenders. Those tasks reflect very different talents. Very few managers master both, yet both are needed to dislocate industries.”

Mike Shipulski (@MikeShipulski) depicts innovation as a seductive female out to create chaos. “Innovation starts with different,” he writes, “and that’s the source of all the turmoil she creates.”[5] He argues there is nothing wrong with generating a bit of turmoil. In fact, he insists that without conflict there is no innovation. That may be why so many companies find it difficult to innovate. After all, who wants to work in a climate filled with conflict, turmoil, and chaos? The secret to success is finding a way to make internal rivalries friendly rather than trying to eliminate those rivalries altogether. Shipulski continues:

“The clashing of perspectives and the gnashing of teeth is not a bad thing, in fact it’s good. … Innovation is doing the company a favor when she creates strife, and the should company learn to see that strife not as disagreement and conflict for their own sake, rather as her willingness to do what it takes to help the company survive in an unknown future. Innovation has been around a long time, and she knows the ropes. Over the centuries she’s learned that the same old thing always runs out of steam. And she knows technologies and their business models are evolving faster than ever. Thankfully, she’s willing to do the difficult work of creating new technologies to fuel the future, even as the status quo attacks her character. Without Innovation’s disruptive personality there would be far less conflict and consternation, but there’d also be far less change, far less growth and far less company longevity.”

Kandybin would undoubtedly argue that internally sparked innovation requires challengers and defenders every bit as much as innovation sparked by external rivals. A good leader is one who recognizes the value each rival brings to table and listens to the arguments they raise. Shipulski insists that the lack of internal rivals is a bad thing. “The time to worry is not when Innovation is creating conflict and consternation at every turn,” he writes. “The time to worry is when the telltale signs of her powerful work are missing.”

Innovation sparked by external rivals and internal rivals are both needed. The conundrum for leaders is understanding how to deal with such challenges. External rivals often require a heavy hand while internal rivals require a defter touch. Although that is not the point Ward is trying to make with his discussion about artistic rivalries, he highlights that corporate rivalries are more complex than artistic ones. “Rivalry in the arts is probably worse than in any other profession given the subjectivity involved in judging who’s ahead and who’s slipping behind either among one’s contemporaries or in the eye of posterity,” Ward writes, “Artistic rivalries may indeed be more angry and feverish because most artists are sole practitioners — they work on their own, putting their own egos on the line, and are not protected, or repressed, by having to adhere to organizational and bureaucratic norms.” Change is never easy and innovation is synonymous with change. Centuries ago Niccolo Machiavelli noted there are inevitably challengers (i.e., change agents both internal and external rivals) and defenders of the status quo. He also warned that managing the tension rivals generate is a difficult task. In his famous book The Prince, he wrote:

“There is nothing more difficult to take in hand, more perilous to conduct, or more uncertain in its success, than to take the lead in the introduction of a new order of things, because the innovator has for enemies all those who have done well under the old conditions, and lukewarm defenders in those who may do well under the new.”

A company that successfully finds a way to deal with both external an internal rivalries is likely to thrive in the rapidly changing world of business.