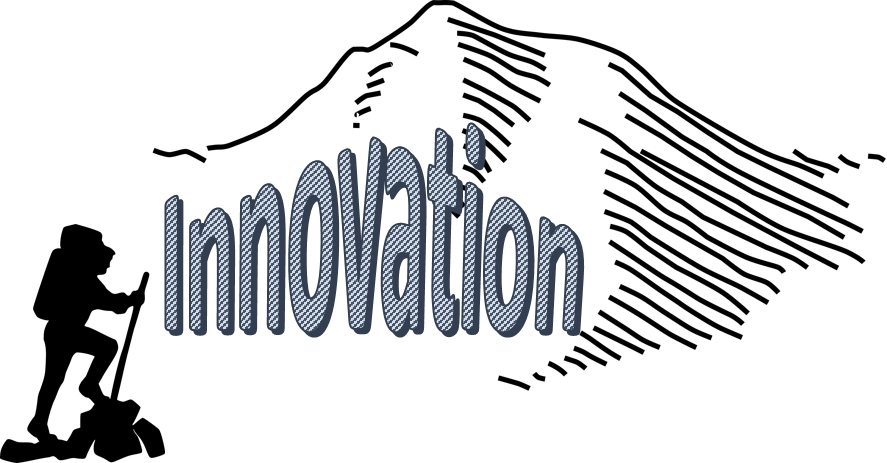 Innovation Requires Climbing a Mountain not Traversing a Plateau

“Differentiation should be a prime motivator of any strategy,” writes Alejandro Ruelas-Gossi, a professor of strategy at the University of Miami School of Business Administration. “Firms should always look to find an edge. But too often CEOs find themselves stuck [on] an innovation plateau. They fall into chronic sameness, an inertia driven by a feeling that they must focus on cost, even cheapness, to remain competitive. A main indicator of how widespread this plateau has become is the decline in corporate investment in R&D, the invisible infrastructure that supports true innovation. Investment in fundamental science, the R, has dropped from more than 2% of U.S. GDP in the 1970s to 0.78% today. The less science, the fewer ideas for new businesses.”[1] The current U.S. administration’s apparent distrust of science doesn’t bode well for the future of innovation in America — unless states and the commercial sector partner to promote fundamental science discovery at universities. “If this myopia is going to change,” writes Ruelas-Gossi, “CEOs need to be able to recognize when their strategic inertia is staring them in the face.” Clearly, Ruelas-Gossi believes innovation requires companies to metaphorically climb the hill of discovery rather than traverse the easier terrain found on the plateau of common knowledge. Basic research requires hard work on the front end and innovation (i.e., actually implementing ideas) takes hard work on the back end.

Climbing the Mountain of Innovation

Tine Thygesen (@tahitahi), an entrepreneur who has founded and led five internet companies, asserts innovation requires more than coming up with a bright idea. “Behind any successful new product or company,” she writes, “the idea is actually the easiest part, and is of little importance, relatively speaking.”[2] If coming up with ideas is the easy part of innovation, what’s the hard part? “It’s execution that’s the core of entrepreneurship,” Thygesen insists, “whether it’s done by startups or corporate. Successful entrepreneurs and innovators don’t have better ideas than anyone else, but they pursue them more vigorously and actively. They start testing with calling 100 people to hear whether they would purchase this if it existed. They persist when things get difficult. They tweak, alter and listen to market feedback. When we romanticize the idea in itself, we ignore the thousands of hours of work between idea and success. This is a misunderstanding that makes people give in too early.” As Thomas Edison famously stated, “Genius is one percent inspiration and ninety-nine percent perspiration.” Climbing mountains is hard work.

Here’s the rub. There are usually several paths up a mountain and experts don’t always agree on which path is best and which paths are best avoided. For example, Ruelas-Gossi insists executives often follow four paths keeping them “stuck on an innovation plateau.” They are an obsession with: low-cost reduction programs; listening to the customer; incrementalism; and acquisitions. Search hard enough and I’m sure you can find pundits who champion each of those paths as way off the plateau and up the mountain of innovation. Take, for example, Ruelas-Gossi’s point about executives being obsessed with acquisitions. Melissa Fleming (@mjofleming) argues, “Innovation can come from anywhere. Innovation may already be changing businesses in another sector in ways that have not quite impacted yours.”[3] Why should a company waste time, energy, and money trying to reinvent something another company already has on the market? Acquiring that company would indicate to me an executive blessed with foresight while to Ruelas-Gossi it would suggest an executive stuck on the innovation plateau. A “not invented here” culture can cripple a company.

Boston Consulting Analysts, Martin Reeves (@MartinKReeves), Ramiro Palma, and Johann Harnoss (@Johann_Harnoss), along with Thomas Fink, Director of the London Institute, believe they have discovered a better path up the mountain. “In an era of low growth,” they write, “companies need innovation more than ever. Leaders can draw on a large body of theory and precedent in pursuit of innovation, ranging from advice on choosing the right spaces to optimizing the product development process to establishing a culture of creativity. In practice, though, innovation remains more of an art than a science. But it doesn’t need to be.”[4] They explain:

“Innovation, much like marketing and human resources, can be made less reliant on artful intuition by using information in new ways. But this requires a change in perspective: We need to view innovation not as the product of luck or extraordinary vision but as the result of a deliberate search process. This process exploits the underlying structure of successful innovation to identify key information signals, which in turn can be harnessed to construct an advantaged innovation strategy. … If innovation is a search process, then your component choices today matter greatly in terms of the options they will open up to you tomorrow. Do you pick components that quickly form simple products and give you a return now, or do you choose the components that give you a higher future option value? … The optimal strategy is both time-dependent and space/sector-dependent. … In innovation, as in business strategy, winning strategies depend on context.”

They go on to recommend “a five-step process for constructing an information-advantaged innovation strategy.”

Step 1. Choose your space: Where to play? “The features of your innovation space matter, so it’s important to make a deliberate choice about where you want to compete. Interestingly, it’s not enough to analyze markets or anticipate customers’ needs. To innovate successfully, you also need to understand the structure of your innovation space.”

Step 3. Apply your strategy: How to execute? “Next, execute your chosen innovation strategy. If you follow an impatient approach, your objective is to adopt or develop components that enable you to bring relatively simple products to market quickly. … If your space implies that a patient strategy is more appropriate, your objective is to maximize future innovation options. … Can companies follow both a patient and an impatient approach in different parts of their business? They can — but like strategic ambidexterity, it’s a very hard thing to do.”

Step 4. Sense shifts and adapt: How to extract a switch signal? “Next, let’s remind ourselves that the best strategy is space- and time-dependent. This means you not only need to monitor the complexity of your innovation space, you also must compete on access to information in order to detect valuable strategy-switching signals earlier than competitors. … Licensing partnerships and technology acquisitions can be valuable to surface this signal. Most innovators use them to broaden their access to components in order to innovate faster.”

Step 5. Brace for disruptions: How to reset the clock? “The promise of an information-enabled innovation strategy extends to disruption. Disruption … is an event that suddenly resets and resimplifies an innovation space by lowering product complexity. … Disruptions don’t just happen — they are created by innovators at the edge of a space who build simpler products that leverage components from a different space. … A disruption always requires innovators to reset their innovation strategy and to return to an impatient approach.”

I believe a cognitive computing platform can help companies implement an information-based innovation strategy; but, that’s a separate discussion best left for another day.

Thygesen observes, “The point is, that if you want to create something new, it requires not only a smart idea, but time, persistence, timing, the right people, and capital to make it happen.” Reeves, Fink, Palma, and Harnoss would add it also takes the right information about your competitive space. “In a world where many simple problems have been solved,” they write, “we are increasingly left with more complex ones for which impatient, linear problem-solving approaches offer little value. Our progress and prosperity will depend increasingly on solving hard problems that require less direct and more patient strategies.” Dealing with complexity is one of the reasons I suggest cognitive computing will play a significant role in innovation’s future. Ruelas-Gossi concludes, “Deepening the science behind the business, focusing on discovering higher-value market segments through new products and in new industries, and looking to expand globally will all keep the top line growing.”