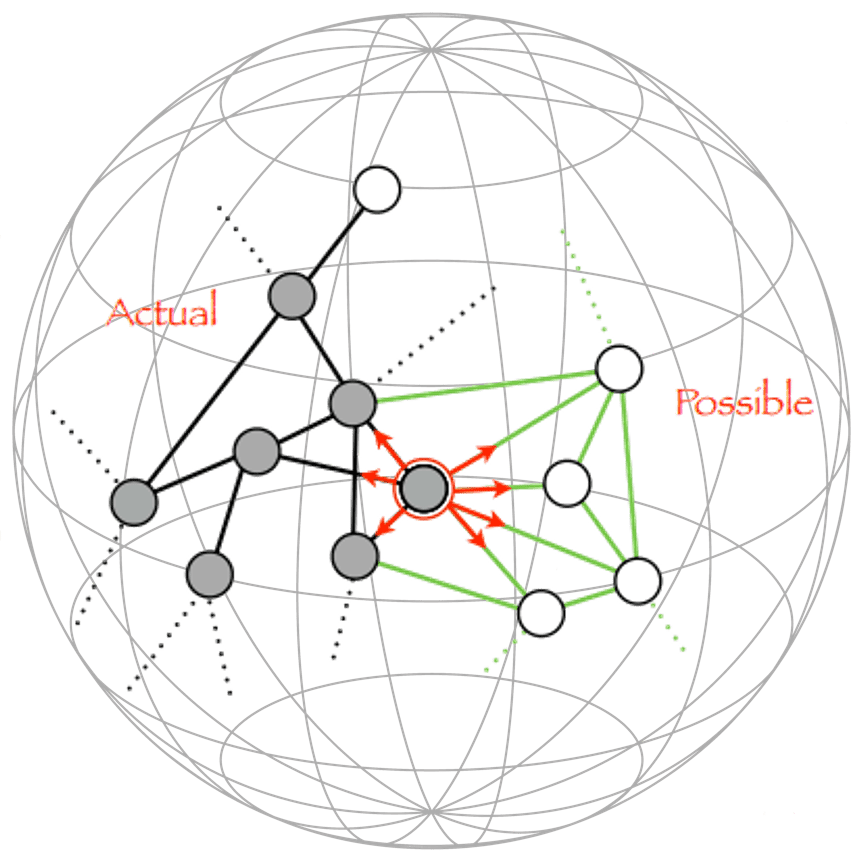 Innovation Requires You to Expand Your World

Innovation and creativity are fascinating topics. One can be creative without being innovative; but, one cannot be innovative without being creative. Personally, I prefer to think of an innovation as something that solves the innovation formula. The innovation formula is: innovation = new x valuable x realized. Another way of defining innovation is what I call the “Four I” framework: “Innovation Involves Idea Implementation.” In other words, the difference between creativity (i.e., idea generation) and innovation is the difference between dreams and reality. Innovators make things happen. From studies I’ve read, as well as personal experience, I believe both creativity and innovation require the ability to expand your world view by acquainting yourself with ideas and concepts outside of your basic areas of expertise.

“What is creativity,” asks Jeff Beer (@jeffcbeer). “What does it mean to be creative? And, assuming you can come up with your own definition, how do you think it differs from others around the world?”[1] Beer indicates, “Those are just a few of the questions addressed in a new report from agency Crispin Porter + Bogusky London and Vlad Glaveanu, an associate professor at Aalborg University’s International Center for the Cultural Psychology of Creativity in Denmark.” Richard Pinder, CEO of Crispin Porter and Bogusky (CP+B), writes, “It always strikes me as bizarre that there is … no global acceptance on the meaning of creativity.”[2] The study, which involved interviewing 806 young professional men and women in the U.S., U.K., Germany, Brazil, Turkey, Russia, China, and India, concludes there are differences in how people in the East and people in the West perceive creativity. “Cross-cultural studies of creativity consistently show up differences between Western and Eastern countries,” the report states, “with the West (mainly Western Europe and the US) tending to frame it in terms of celebrated creators, empahisising novelty and originality. However, in the East (mainly South and East Asia), creativity is often seen as a collective, evolutionary process.”

According to the report, “Most respondents were quick to associate creativity with something new and original, rather than regarding it in terms of value.” In other words, they recognized that creativity and innovation are not the same thing. Dave Buonaguidi, CP+B London’s chief creative officer agrees creativity and innovation are different. “Creativity should give birth to something new,” he states in the report. “It should move forward and be on the edge of things that are happening now.” Creativity is the spark that ignites an innovation. The report goes on to state, “Historically, creativity has been regarded as akin to a special gift, bestowed only on a few lucky souls, or passed down through the generations, an image that continues to pervade popular culture.” Buonaguidi, however, believes creativity is more a process than a gift. “For some reason,” he states, “creativity has become commoditised. It’s become a noun; a thing. Whereas, to be creative is a process, which works best when you engage in the creative process with others.” I wholeheartedly agree with Buonaguidi about the importance of engaging with others. Doing so exposes one to new ideas.

This concept is nothing new. Frans Johansson claims the Medici family understood the importance of idea exchanges during the Italian Renaissance. He calls it “The Medici Effect.” Johansson discusses the value of creating a space in which people from diverse fields of expertise can get together to exchange ideas. The Medici’s were able to use their wealth to bring artists, philosophers, theologians, and scientists to Florence where their combined intellect helped burst the historical pall known as the Dark Ages. The secret to innovation, however, was not just the exchange of ideas but connecting them in new ways.

Isaac Asimov once wrote, “Presumably, the process of creativity, whatever it is, is essentially the same in all its branches and varieties, so that the evolution of a new art form, a new gadget, a new scientific principle, all involve common factors.”[3] Having studied the problem, Asimov concluded the most important trait possessed by true innovators is the ability to make connections. “What is needed,” he wrote, “is not only people with a good background in a particular field, but also people capable of making a connection between item 1 and item 2 which might not ordinarily seem connected.” The more “items” to which such a person is exposed, the more potential connections he or she can make. For the first time, the importance of connections in the field of innovation has been mathematically demonstrated. Vittorio Loreto at Sapienza University of Rome in Italy, along with a few colleagues, has “created the first mathematical model that accurately reproduces the patterns that innovations follow.”[4] “The team has … shown that its model predicts how innovations appear in the real world. The model accurately predicts how edit events occur on Wikipedia pages, the emergence of tags in social annotation systems, the sequence of words in texts, and how humans discover new songs in online music catalogues. Interestingly, these systems involve two different forms of discovery. On the one hand, there are things that already exist but are new to the individual who finds them, such as online songs; and on the other are things that never existed before and are entirely new to the world, such as edits on Wikipedia. Loreto and co call the former novelties — they are new to an individual — and the latter innovations — they are new to the world.”

The reason exposure to new ideas (or novelties) is important is because it opens up what Loreto calls adjacent possibilities. The more adjacent possibilities exist the more likely an innovation is to occur. Loreto’s discovery confirms Asimov’s theory about the importance of making connections. According to Loreto, “The same model accounts for both phenomenon. It seems that the pattern behind the way we discover novelties — new songs, books, etc. — is the same as the pattern behind the way innovations emerge from the adjacent possible.” He adds, “These results provide a starting point for a deeper understanding of the adjacent possible and the different nature of triggering events that are likely to be important in the investigation of biological, linguistic, cultural, and technological evolution.” Supporting this notion that exposure to new ideas is important for innovation, is the fact that other research has shown that scientists working outside of their fields of expertise are more likely to become entrepreneurs than those working in their fields.

Briana Sell Stenard (@BStenard), an assistant professor of management and entrepreneurship at the Stetson School of Business and Economics at Mercer University, explains, “Our research found evidence that [employees working outside their field of expertise] are better positioned to acquire new skills and knowledge. Workers who chose to be mismatched for salary, career, or personal reasons were far more likely to be engaged in a broader range of non-R&D activities, such as finance, marketing, and management. (Those whose degrees matched their job field are more likely to focus on R&D.) Interestingly, prior research has argued that having a broad range of technical and managerial skills may be beneficial for entrepreneurship. Entrepreneurs must be jacks-of-all-trades in order to perform the many different tasks required for running a new business, even if they can sometimes rely on cofounders to take over some of these roles. So people who take a mismatched position voluntarily may develop new and different skills that may make them better equipped to be an entrepreneur.”[5]

Creativity is the sine qua non for innovation; but, both creativity and innovation are enhanced when a person or group is exposed to ideas outside their normal areas of expertise. The true innovator, however, is a person with the ability to make connections between ideas and concepts to create something new to the world. As Individuals, we need to create our own Medici Effect by reading widely and exposing ourselves to new experiences and disciplines. Only then will we be able to make non-obvious connections. Companies need to do the same thing by bringing together groups of diverse individuals from a multitude of disciplines to address specific problems. The solutions that such groups develop are much more likely to be innovative than solutions derived from a group whose members are drawn from the same discipline.