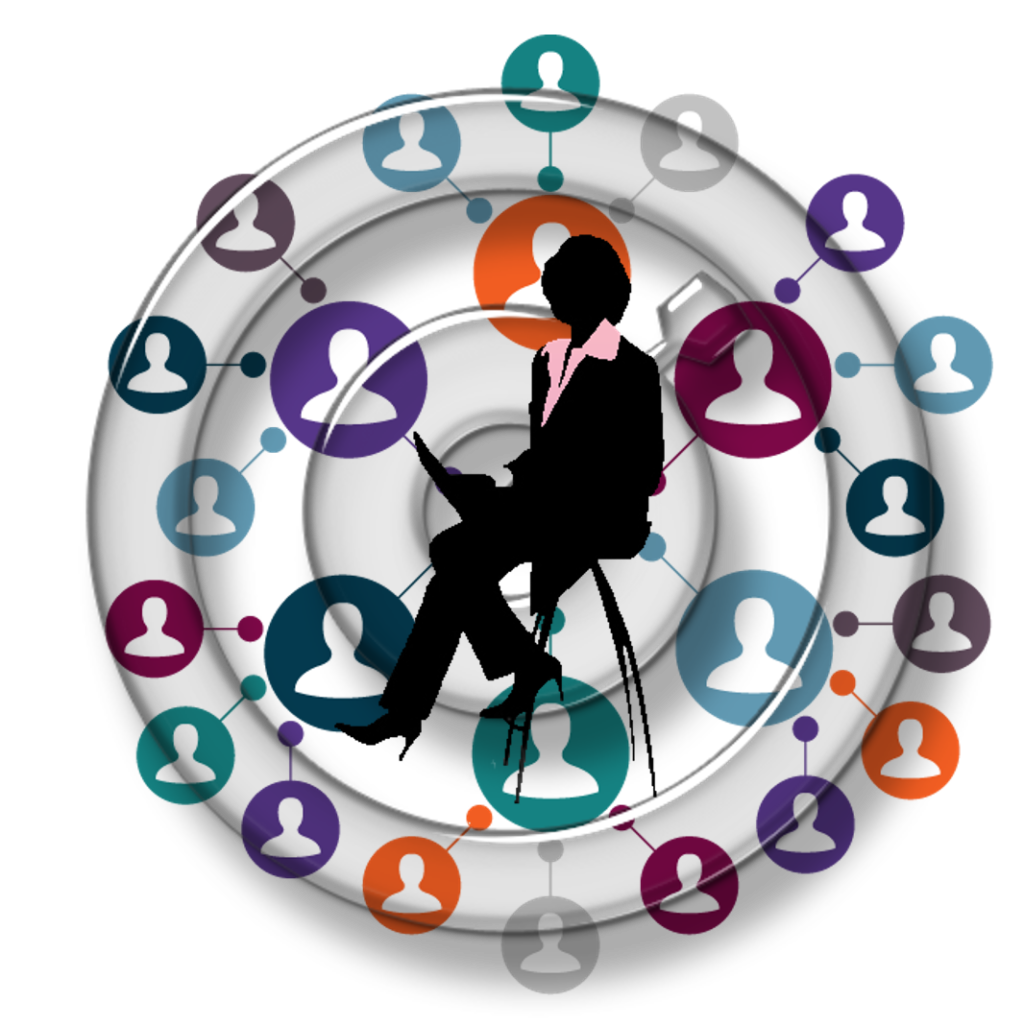 Ad blocking is on the rise and it’s worrying a lot of marketing executives. After all, brands will never get the right targeted marketing message to the intended audience if the message never reaches them. Ad blocking technologies are not going away and irritation with pushed ads seems to be on the rise. Morgan Buell (@Morgan_buell), Director of Strategic Partnerships at SheSpeaks, Inc., believes the best way to get your message through in the ad blocking era is to leverage the power of influencers. “With the natural trust and authenticity in our personal relationships,” she writes, “it is no surprise that a Nielsen study found 83% of people agree recommendations from friends and family are the most credible form of advertising, solidifying word-of-mouth marketing as the number one vehicle for brands to reach consumers.”[1] If Buell and the Nielsen study are correct (and I believe they are), then identifying influencers in your marketing arena is as critical as identifying the personas of your intended audience.

Identifying influencers can be trickier than you might imagine. Several years ago a group of McKinsey & Company analysts conducted a study about the importance of influencers in helping business executives with change management. They found “that even when company leaders believe they know who the influencers will be, they are almost always wrong.”[2] They explain:

“At one large North American retailer, for instance, we compared a list of influencers that two store managers created before the survey with its actual results. Between them, the managers overlooked almost two-thirds of the influential employees their colleagues named; worse, both managers missed three of the top five influencers in their own stores. The retailer’s inability to recognize its influencers is no anomaly; we’ve observed a similar pattern in every other industry and geography we’ve studied.”

“Armed with a better sense of how influence operates, senior executives can begin applying that knowledge in useful ways. For example, they can encourage influencers to help communicate necessary changes, convince skeptical employees of the need for change, or, best of all, do these things as active architects of the program. Indeed, the most powerful way to use hidden influencers is to bring them into such efforts in the earliest stages and to get their input and guidance on planning and direction — as well as help with execution. Changes made with the support of these influential employees are vastly more likely to succeed in the long run than changes delivered from on high.”

“Once upon a time, there was a little known marketing strategy for brands called The Celebrity Endorsement. Brands would gift their product to celebrities in hopes they would be seen wearing them, using them, drinking them, etc. The best scenario would be for them to be photographed wearing them on the red carpet, or in a magazine walking down the streets of NYC product in tow. Today, celebrities are still very much in demand, but there is a new ‘star’ on the horizon; the social influencer. … Each have large audiences but with one key difference; the level of influence. Celebrity followers love knowing where they shop, how they vacation, and their favorite designers. It builds brand awareness, but not necessarily sales. Social tastemakers growth happens organically over time and is a result of fan following because of similar beliefs, likes or mindset. In many instances, the social tastemakers influence can be substantial.”

Hirsch adds, “Social media expert Shannon Self of Toldyaa.com noted, ‘Young influencer marketing is the newest most efficient way to see a return on investment for a product, service or brand. The younger generation typically has the most organic engagement.’” Apparently, the power of influencers has not gone unnoticed. Buell reports, “According to a McKinsey study, 70% of leading brands plan to increase their influencer marketing budgets over the next 12 months.” Buell defines influencer marketing as “brand partnering with individuals who have large social followings and a trusted voice to craft compelling branded content that moves the needle on ROI.” The challenge, of course, is to ensure that influencers remain a trusted voice and aren’t seen as having “sold out” to the brand. It can be a fine line. John Sternal (@SternalPR), a PR and Social Media marketer at Merit Mile, adds, “Influencers are one of the key metrics contributing to the growth of any business. Engaging new influencers and retaining the current ones are a priority for your marketing campaigns.”[4] He suggests six ways brands can use influencers for targeted marketing campaigns.

1. Product Naming Previews — “Consumers love to be a part of their favorite brands’ journey. Whenever your brand is getting ready to launch a new product, invite your influencers to participate in the naming exercise. They’ll appreciate the opportunity, and they will feel a stronger attachment to the product – and your brand.”

2. Organize Events with your Influencers — “Organizing events for your influencers may be the best way to reach them and deliver your message in a more personal manner. … Offline events are successful in giving you returns in building long-lasting relationships with potential influencers. Online events help establish thought leadership and can be easier to drive traffic to your web properties. You can even encourage your influencers to organize events themselves that will be sponsored by you, where you talk about your brand, or at the very least, get to know your influencer’s demographics, interests and other metrics.”

3. Promote Giveaways to Increase Influencer Interest — “Giving away products, especially for free, pique the interests of a number of potential influencers. In fact, it is these small giveaways hosted by businesses that has helped them capture new influencers.”

4. Launch New Products to retain your Influencers — “Announcing new products are a great way to reach out to potential customers and letting your existing network of influencers know what your brand is up to. The best way to impress your influencers is by making them a part of your product launch by making them the first ones to know about your product, and actively encouraging them to spread the news.”

5. Entice Influencers with Competitions — “Often, competitions can boost your brand’s reach and increase its visibility and increase interest among potential influencers. Consumers love competitions, and if it does not require a significant time-intensive commitment, many would be happy to participate. Some of the most common competitions include sharing photos or experiences in the form of videos, images or blog posts, with a social hashtag pertaining to your brand that helps you identify the participants.”

6. Encourage Collaboration among your Influencers — “It is important to know your influencer’s opinions on subject matters that pertain to your brand. Some ways that you can achieve this is by taking surveys and seeking opinions directly.”

Buell offers four additional suggestions. First, “target influencers across platforms.” This is important, she writes, because “Facebook, Instagram, Pinterest, Twitter, Snapchat, etc., all vary in user-experience and demographic target.” Second, “allow the influencer to craft the message.” Allowing them to tell the story their way maintains their authentic and trusted voice and adds the personal touch that made them influencers in the first place. Third, “amplify the content in social for earned media.” Buell explains, “Influencers promote the content across earned channels, as well as encourage their audience to do the same. Tagging the content with custom hashtags can provide trackable results. The evergreen nature of the content allows it to be promoted in social for as long as the brand wishes.” Finally, “leverage influencer photos and content in targeted social posts and paid media.”

Sternal concludes, “Ultimately, the right, targeted marketing campaigns will help your brand grow its network of influencers. This will result in an upward spiral of marketing success that leads to better engagement across all your marketing channels, elevated word-of-mouth and social participation, increased traffic to web properties, and of course, more sales.” Because potential customers seek out influencers, influencer messages aren’t seen as an imposition or irritant. 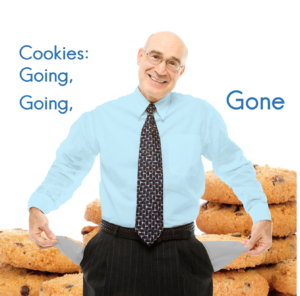 Preparing for Targeted Marketing in a Cookieless World

Cookies have been an important part of the marketing world for thirty years. Vlad Gozman (@vladgozman), Founder and CEO of involve.me, writes, “In 1992, Netscape