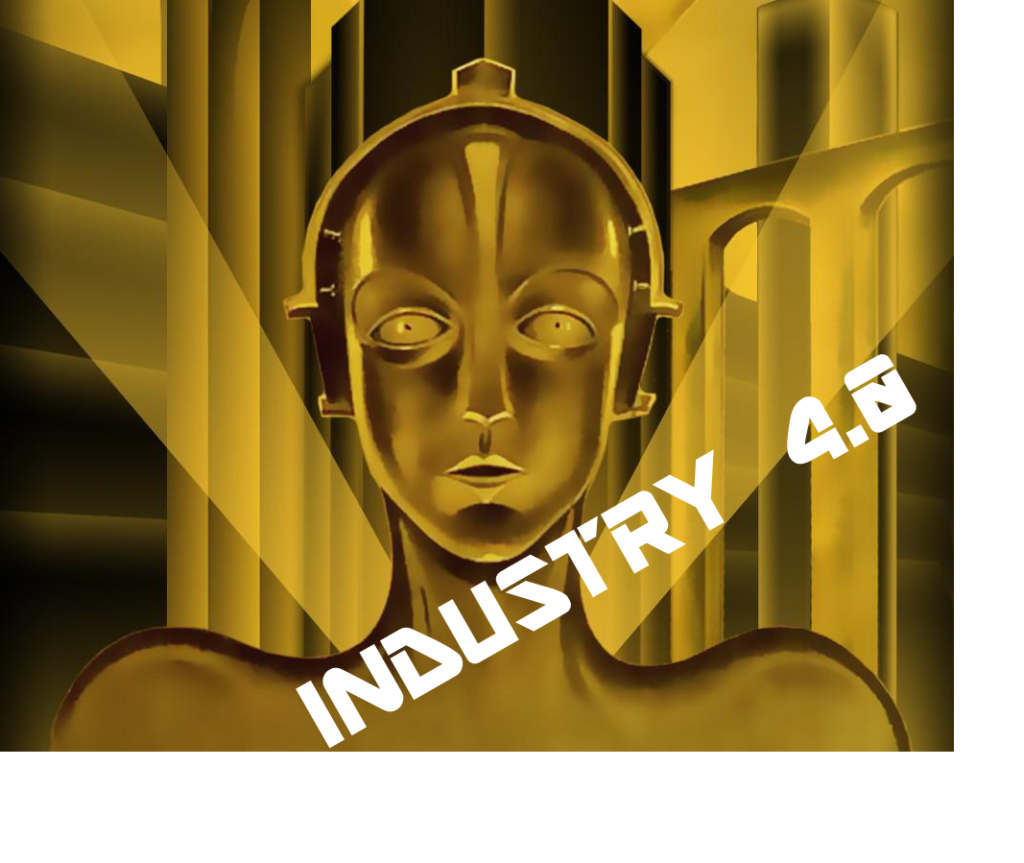 Industry 4.0 is More than Hype

Industry 4.0 (or the Fourth Industrial Revolution) was the central focus the World Economic Forum earlier this year. As usual, the WEF tackled a topic with enormous potential to change the world (for good or ill). Klaus Schwab, Founder and CEO of the World Economic Forum, is so convinced that Industry 4.0 will change the world, he has written articles and new a book on the subject. David O’Leary (@DavidPJOLeary), the Immediate Past President of the Canadian Information Processing Society of British Columbia, notes, “Schwab says we are at the beginning of a revolution that is fundamentally changing the way we live, work, and relate to one another. The world is currently seeing ‘profound shifts across all industries, marked by the emergence of new business models, the disruption of incumbents, and the reshaping of production, consumption, transportation, and delivery systems.'”[1] You might be wondering what characterizes the three preceding Industrial Revolutions. “The First,” writes Irving Wladawsky-Berger, “in the last third of the 18th century, introduced new tools and manufacturing processes based on steam and water power, ushering the transition from hand-made goods to mechanized, machine-based production. The Second, a century later, revolved around steel, railroads, cars, chemicals, petroleum, electricity, the telephone and radio, leading to the age of mass production. The Third, starting in the 1960s, saw the advent of digital technologies, computers, the IT industry, and the automation of process in just about all industries.”[2] Wladawsky-Berger defers to Schwab when describing Industry 4.0. “Now a Fourth Industrial Revolution is building on the Third, the digital revolution that has been occurring since the middle of the last century,” Schwab writes. “It is characterized by a fusion of technologies that is blurring the lines between the physical, digital, and biological spheres.” Industry 4.0 is about more than technology (even though it is technologically driven). Like most business endeavors, it involves technology, processes, and people.

Stephen Gold (@MAPICEO), President and Chief Executive Officer of the Manufacturers Alliance for Productivity and Innovation (MAPI), writes, “We’re entering a new industrial age driven by digitalization, customization, and miniaturization that is transforming the nature of work in manufacturing. Since the turn of the millennium, the sector has evolved faster and more thoroughly than at any other time in history.[3] He claims, “By mid-century the U.S. manufacturing footprint will look dramatically different than today.” Gold notes that the array of new technologies transforming the manufacturing sector is dazzling. He writes, “The Industrial Internet will create smarter factory floors and integrated supply chains that improve productivity. More broadly speaking, the Internet of Everything will connect machines, people, and data across society, leading to such benefits as a self-correcting electrical grid, better traffic flows, and reduced household energy consumption. 3D printing will enable smaller firms to simultaneously mass-produce and customize. Nanotechnology is leading to more durable, safer products and is generating medical breakthroughs that were once the domain of sci-fi writers.” Automation is also going to play a significant role in Industry 4.0. Boston Consulting Group (BCG) analysts Harold L. Sirkin, Michael Zinser, and Justin Rose, explain, “A number of economic and technical barriers to wider adoption [of robotics] are beginning to fall. … As a result, a dramatic takeoff in advanced robotics is imminent. We expect that growth in the installed base of robotics will accelerate to around 10 percent annually during the next decade, by which time installations will surpass 4 million.”[4] All of the new technologies that define Industry 4.0 rely on connectivity, data, and advanced analytics.

Gold predicts, “In manufacturing, Big Data will accelerate the integration of IT, manufacturing and operational systems on the shop floor and lead to better forecasting and understanding of plant performance.” Philippe Virlouvet, product manager for DELMIA Smart Manufacturing Operations and Advanced Analytics, agrees. “A major disruption is underway,” he states, “and it’s all about the data. Or to be more accurate, it’s about what that data can tell decision-makers about quality, reliability, production processes, supply chains, materials, product design, customer demand — virtually everything a manufacturer cares about! The ramifications will reach all the way from the far corner of the remotest shop floor to the corner office.”[5] What Gold and Virlouvet are describing is the smart factory. Whenever you see terms like “smart” or “intelligent” associated with businesses, machines, or processes, you can bet that artificial intelligence (more specifically, cognitive computing) is playing a significant role. We all know that data, by itself, has little use. It is the analysis of that data that provides benefits and makes things smart. I define cognitive computing as the combination of semantic reasoning (i.e., artificial intelligence, natural language processing, and ontologies) and computational intelligence (i.e., advanced mathematics). This combination of capabilities is what makes cognitive computing both transformational and foundational in the Industry 4.0 era. I agree with Kevin Kelly (@kevin2kelly), founding Executive Editor of Wired magazine, who tweeted, “In the very near future you will cognify everything in your life that is already electrified.” Andy Szal (@SzalABM) reports, “One quarter of global manufacturers participating in a recent survey have already deployed artificial intelligence and cognitive computing technologies.”[6]

Tomorrow’s smart factory is not going to look anything like your grandfather’s workplace — and the employees who man the shop floor aren’t going to be doing the same kinds of tasks your grandfather once accomplished. Most of those tasks are going to be accomplished by robots or other automated processes. Gold notes, “Companies now rely on more automation and require fewer employees, and those they hire must demonstrate higher science, technological and math skills.” He also observes, however, that rising generations are digital natives and are better-suited to fill these roles than past generations. “Fortunately,” he explains, “the millennial generation — as large as the baby boomer generation — is more technologically sophisticated. And, as the manufacturing workforce has diversified over time, manufacturers are working to continually foster more inclusive environments. To remain competitive, U.S. manufacturers will have to equip a new generation of employees with the skills to succeed on the 21st-century shop floor.” Manufacturers are going to have to be smart about how they automate. Putting large segments of the population out of work through automation could trigger economic chaos and social unrest. All stakeholders — employers, employees, policymakers, academics, and think tank pundits — need to figure out how humans and machines can collaborate in the workplace in order to make Industry 4.0 a good deal for everyone.

Wladawsky-Berger writes, “Most everyone agrees that there was a major qualitative distinction between the First and Second Industrial Revolutions. While some believe that the Fourth is merely the evolution of the Third, Dr. Schwab argues that they’re qualitatively different for three major reasons.” Those reasons are:

Velocity: Compared to the previous three revolutions, “the Fourth is evolving at an exponential rather than a linear pace.”
Scope: Disruptions are taking place in “almost every industry in every country.”
Systems impact: “The breadth and depth of these changes herald the transformation of entire systems of production, management, and governance.”

Wladawsky-Berger elaborates, “[Schwab] further adds that there are no historical precedents for the opportunities ahead. Technology advances keep expanding the benefits of the digital revolution across the planet.” To ensure the benefits of the digital revolution keep expanding, we need to ensure that short-term goals don’t blind us to long-term consequences. Industry 4.0 is more than hype which means companies and governments need to develop and implement a transformation plan that guides them successfully into the next industrial revolution.