Home » Artificial Intelligence » Industry 4.0 Can Spark Growth but not without Skilled Workers 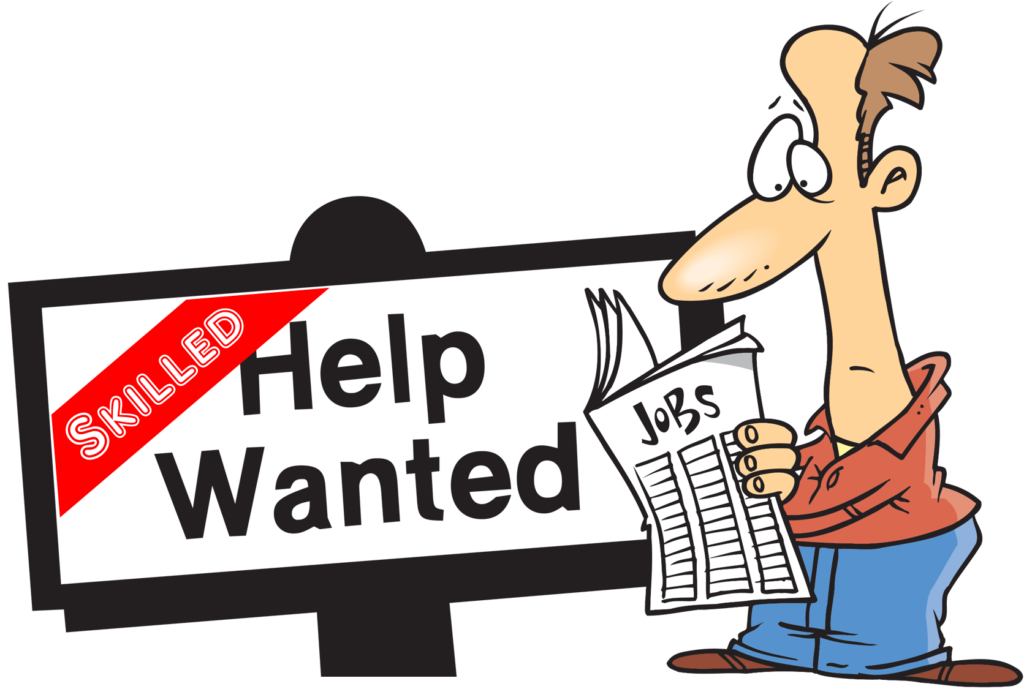 Industry 4.0 Can Spark Growth but not without Skilled Workers

“Economic growth has been slowing for the past 50 years,” asserts Olivier Scalabre, Senior Partner and Managing Director, Boston Consulting Group (BCG) Paris, “but relief might come from an unexpected place: a new form of manufacturing that is neither what you thought it was nor where you thought it was.”[1] He went on to note, “If we look at the history of growth, times of big growth have always been fueled by big manufacturing revolutions.” He believes the world is poised for another such a revolution — the Fourth Industrial Revolution (aka Industry 4.0). The causative connection between industrial revolutions and economic growth, he insists, is massive improvements in productivity. He believes Industry 4.0 will generate massive improvements in productivity by combining existing manufacturing and large technical innovations. The technologies he believes will drive this growth in productivity are: advanced robotics, additive manufacturing, horizontal/vertical integration, augmented reality, cloud & cyber security, simulation, industrial internet (aka the Internet of Things (IoT)), and big data & analytics. In the accompanying video, you can hear why Scalabre, thinks these technologies will combine to create Industry 4.0 and why we should be optimistic about the future.

Although Scalabre is optimistic about the future, he observes that growth won’t be achieved naturally. “Mature economies will have to seize it,” he explains. “We’ll have to massively re-train our workforce.” He also says, we need to teach manufacturing again in our institutions of higher learning. He concludes, “Only the countries that will boldly transform will be able to seize this growth.” There is a growing amount of anecdotal support for his arguments about the need to retrain and reskill the workforce. For example, Jeffrey J. Selingo (@jselingo), an author and college professor, reports, “When the German engineering company Siemens Energy opened a gas turbine production plant in Charlotte, N.C., some 10,000 people showed up at a job fair for 800 positions. But fewer than 15 percent of the applicants were able to pass a reading, writing and math screening test geared toward a ninth-grade education. ‘In our factories, there’s a computer about every 20 or 30 feet,’ said Eric Spiegel, who recently retired as president and chief executive of Siemens U.S.A. ‘People on the plant floor need to be much more skilled than they were in the past. There are no jobs for high school graduates at Siemens today.'”[1]

The Siemens example shows there are jobs to had, but those jobs require new skills. Andre Tartar (@andretartar) believes this spells trouble for President Trump’s efforts to provide unemployed factory workers with new jobs. He explains, “[Trump’s] goal is 25 million new positions, boosted by the factories he plans to bring back to U.S. shores. Yet he’ll be working against a powerful headwind, because company leaders are already struggling to find Americans to fill manufacturing openings.”[2] Tartar continues:

“According to research from human resources consultancy Randstad Sourceright, unmet demand for talent clouds the otherwise rosy outlook. The firm surveyed more than 400 U.S. executives and found that companies expect to hire extensively in the coming year to address anticipated growth — 41% will add workers, compared to 32% who did so last year. But an even greater number see the skills gap impacting their businesses in the future. Four-fifths of executives surveyed said that a shortage of sufficiently skilled workers will affect their companies in the next 12 months. The most-represented sector in the survey is manufacturing, which the Trump White House calls the ‘backbone of our economy.’ Complaints of hard-to-fill factory jobs are backed up by Bureau of Labor Statistics data: 324,000 manufacturing spots were open in November, up from 238,000 a year earlier.”

Jeffrey Sparshott (@jeffsparshott) reports that it’s not just big companies like Siemens that are having trouble finding workers. “Small U.S. employers,” he writes, “have complained that it’s difficult to find the right workers.”[3] Richard Curtin, a University of Michigan economist, told Sparshott, “The biggest challenge confronting firms is their need to expand hiring in an already-tight labor market.” Satya Nadella (@satyanadella), Microsoft’s CEO, agrees that new skills are essential for anyone seeking a job in the modern economy. In conversation at a conference held in Munich, Germany, he remarked, “[The future] is going to be about people working with machines. So that means you have got to be able to understand machines and how they work. There is no walk of life that is not going to require computational understanding.”[4]

Education and Training are Essential

Scalabre was correct when he insists we must massively retrain our workforce. Some companies have already reached that conclusion and are doing something about it. Sparshott notes many companies are having to do “more of the difficult work of training [new employees]. Nearly two-thirds of small businesses are spending more time training workers than they were a year ago, according to a survey by The Wall Street Journal and Vistage International, a San Diego executive-advisory group. That could give more Americans access to skilled manufacturing jobs as companies invest the time and resources to bring in less-experienced workers.” Laura Putre (@lputreIW) reports Frito-Lay has had to create “a work-study program to introduce high school students to the industrial maintenance field” in order to find workers skilled enough to tend to their machines.[6] “Students learn both at the school, on Frito-Lay equipment, and at the plant with industrial mechanics. For their efforts, they receive elective high school credits, as well as credits from the technical college for basic engineering and maintenance courses.” Training will become an increasingly important role as Industry 4.0 unfolds. Exacerbating the problem is the fact that companies often curtail training programs during tough times. As a result training programs aren’t up to speed when they are needed. “Companies with sophisticated machinery often need workers with specific skill sets,” Sparshott observes. Unfortunately, “Some companies curtailed training during the downturn to save money and because plenty of people were available. Now, companies and workers appear to be responding to an improved economy. The number of factory workers who quit their jobs held at an eight-year high in October and November, a sign of confidence in finding something better. Manufacturing wages in December were up 3.4% from a year earlier, outpacing the 2.9% gain for all private-sector workers.”

We also need to transform our educational system. The past few decades have seen a decrease in educational programs that could provide the right kind of education and training workers need today. Sparshott explains, “Within the manufacturing sector, for example, firms often complain that vocational training isn’t as prevalent for high school or community-college graduates as it was in past generations.” Vocational training was often dropped from curricula rather than being updated for the modern world because educators thought such curricula were out of touch with the information age and that manufacturing was dead. They were wrong and their decisions helped create the skills gap we are feeling today. Paul Jackson, Chief Executive of EngineeringUK, believes we need to stress extracurricular science, technology, engineering, and math (STEM) extracurricular activities early in child’s education to pique their interest in STEM subjects. He cites a MathWorks survey that found, “79% of teachers believe that students who spend time enjoying STEM-related extracurricular activities are more engaged with STEM subjects in the classroom.”[5] He goes on to note that getting children interested early in STEM subjects is important because “the majority of teachers felt that students typically start taking an interest in career choices by age 14.” I believe he’s correct. That’s why I, along with a few colleagues, founded The Project for STEM Competitiveness — to help get a project-based, problem-solving approach into schools near where we live. Jackson concludes, “We must continue to drive up the number of quality engagements with … young people and broadcast a compelling narrative that brings to life the engineering and technology that shapes our world and our lives.”

Industry 4.0 requires both business leaders and educators to reevaluate training and education. There is a great opportunity for public/commercial partnerships to create programs that provide workers with the skills they need to fill both available jobs and to be better prepared for the jobs yet to be created as Industry 4.0 gets into full swing. Scalabre is correct that we need economic growth to ensure that the burgeoning global population has the opportunity to enjoy a better quality of life.