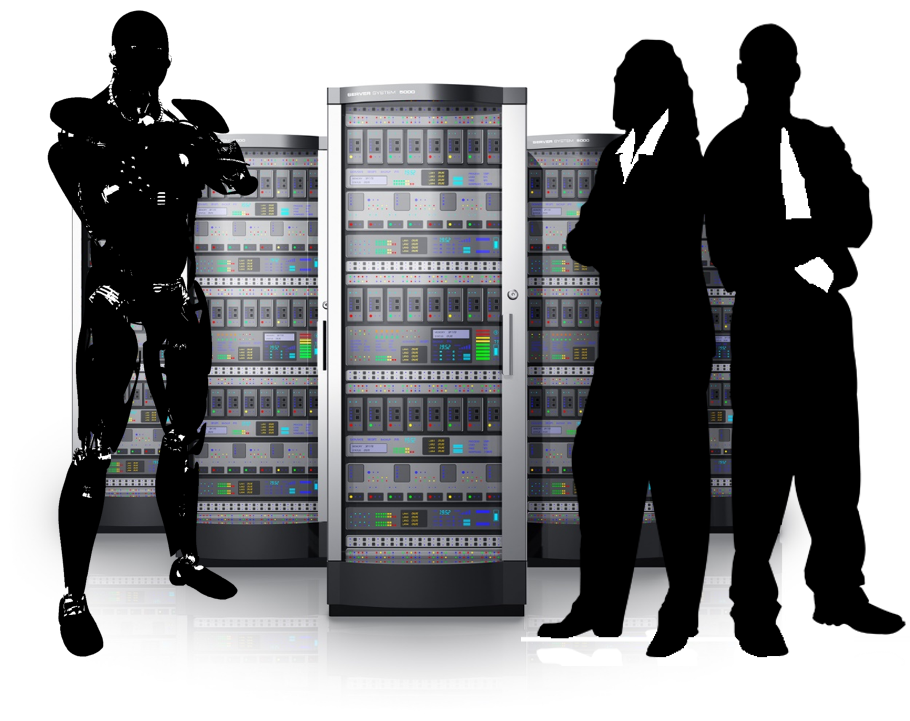 “Even seasoned carnival barkers might struggle to exaggerate the current feats of cognitive technologies,” writes Sam Ransbotham (@Ransbotham), an associate professor of information systems at the Carroll School of Management at Boston College.[1] Ransbotham has joined the jobs sustainability debate and openly wonders whether humans can compete with machines. On the other hand, some pundits recast the discussion by wondering whether machines will ever be able to compete with humans when it comes to so-called “soft skills.” Kate Davidson (@KateDavidson) writes, “Want to craft a standout resume? Try adding skills like communication, organization and punctuality. … Employers are increasingly looking for workers with strong soft skills — those traits that don’t show up in a job posting but are essential for succeeding in the workplace, like working well with others and taking initiative.”[2] I find this hardware vs. soft skills debate fascinating because, like many others, I worry that without carefully managing how automation, robotics, and artificial intelligence (AI) systems are implemented and employed major social upheaval and economic chaos could result.

“Most books that try to predict the future turn out to be wrong — sometimes spectacularly so — given that history rarely moves in straight lines,” writes John Thornhill (@johnthornhillft). “Extrapolating current trends is often misleading.”[3] In that regard, Thornhill hopes that doomsday author Yuval Noah Harari “suffers from faulty foresight.” In a new book entitled Homo Deus, Harari predicts humans are doomed. Thornhill explains, “For 70,000 years Homo sapiens has been the smartest algorithm on the planet, as Harari puts it. But within centuries, if not decades, that will cease to be true as more efficient electronic algorithms outstrip our increasingly obsolete biochemical models. When that happens, we will discover that we are no longer at the apex of civilisation. Computers will know us better than we know ourselves and our continued usefulness will be jeopardised.” Harari puts it this way, “The yardsticks that we ourselves have enshrined will condemn us to join the mammoths and the Chinese river dolphins in oblivion. Looking back, humanity will turn out to be just a ripple within the cosmic data flow.” Like Thornhill, I’m hoping human beings continue to make a big splash in the cosmic data flow rather than being swept away by the riptides of history. Thornhill concludes:

“Specialists will cavil at his somewhat cavalier treatment of their expertise. But it is thrilling to watch such a talented author trample so freely across so many disciplines. Harari’s skill lies in the way he tilts the prism in all these fields and looks at the world in different ways, providing fresh angles on what we thought we knew. No matter how scary and incomplete, the result is scintillating. … What happens when computers become even more efficient than humans at processing all relevant data? Will they treat us tomorrow as we treat chickens today? Harari suggests that humans are in danger of becoming economically and militarily useless. We had better pray that Harari’s provocative premise is false and that organisms amount to more than algorithms.”

Thornhill’s last sentence captures the crux of the debate. Which matters most hardware or soft skills?

Ransbotham points to cognitive technologies as the most likely culprit to bring about a world like the one described by Harari. He explains:

“Cognitive technologies are artificial intelligence-based systems that increasingly do tasks that once required humans. We’ve seen rapid progress in these technologies in the past decade as processing power, machine learning techniques, and data collection combine for marvelous results. Extreme inventions, once concocted to make science fiction appear futuristic (such as real-time language translation) are now miraculously close. Our once-subservient machines are clearly encroaching on many tasks that were firmly in the human domain not very long ago.”

Phil Fersht (@Horses4Sources), Founder and Chief Executive Officer of HfS Research, writes, “Remember the panic about jobs getting shipped offshore? Well, that is child’s play compared to the emerging tumult of fear being generated by jobs being completely eliminated by robotics.”[4] He goes on to note, “We still haven’t had a real debate on the ethics of automation and cognitive computing in the B2B environment.” We need more than a debate. We need all stakeholders to come together to create strategies that foster progress but not do put millions of workers out of jobs.

Many analysts believe the best way forward is to promote strategies focusing on augmenting human workers. For example, Lynda Gratton (@lyndagratton), a professor of management practice at London Business School, writes, “Machines are good at complex tasks, but not at activities that humans find simple. The answer is for people and computers to work together.”[5] Ben Rossi (@BenRossi89), adds, “Humans are using machines to take on more challenging tasks while achieving greater operational efficiency. Humans and machines are accomplishing more together than either could have their own.”[6] Thomas H. Davenport (@tdav), a Distinguished Professor at Babson College, and Julia Kirby (@JuliaKirby), predict human augmentation (rather than job elimination) will characterize the future. They explain, “Humans and cognitive technologies will be working together for the foreseeable future. Humans will always want to know how the cognitive technologies came up with their decision or recommendation. If people can’t open the ‘black box,’ they won’t trust it. This is a key aspect of augmentation, and one that will facilitate rapid adoption of these technologies.”[7]

If humans are to excel in an augmented world, both technical and soft skills will be required. Davidson notes, “Nearly 58% of employees who touted stellar communication skills were hired over the course of a year, according to an analysis of 2.3 million LinkedIn profiles for The Wall Street Journal. Employers are increasingly looking for workers with strong soft skills — those traits that don’t show up in a job posting but are essential for succeeding in the workplace, like working well with others and taking initiative. … Communication, at the top of the list, was followed by organization, teamwork, punctuality, critical thinking, social skills, creativity, interpersonal communication, adaptability and having a friendly personality.” Ironically, many experts argue that technology has negatively impacted people’s efforts to learn soft skills. We seem to text more than we talk and, when we text, the language we use is a mishmash of symbols and words. Davidson concludes, “Changes in the economy — including automation and a shift of jobs from manufacturing to services — have boosted the demand for soft skills.”

Thornhill observes, “Some time soon, our societies will collectively need to learn far more about these fast-developing technologies and think far more deeply about their potential use.” Ransbotham adds, “Augmentation of human labor with cognitive technologies may be easier for us to adapt to than being replaced entirely. Ever since the first person who found that banging with a rock hurt less and was more effective than banging with a bare hand, people have acclimated to many technologies that help us work better. Much of the concern about cognitive technologies regards the potential displacement of workers as labor becomes cheaper overall.” Both Thornhill and Ransbotham stress the need for society to consider seriously the consequences of automation, robotics, and cognitive computing and ensure they implemented with the long view in mind.