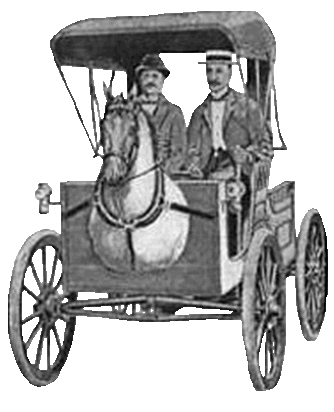 Earlier this year, I reported on the results of a study conducted by Daron Acemoğlu (@DrDaronAcemoglu) of MIT and Pascual Restrepo (@pascualrpo) of Boston University.[1] Those results raised serious doubts about the future employment picture as automation and artificial intelligence (AI) assume more tasks traditionally carried out by humans. Cora Lewis (@cora) reports, “Every new robot added to an American factory in recent decades reduced employment in the surrounding area by 6.2 workers, according to a new study released by the National Bureau of Economic Research. Researchers worked to separate the impact of robots from other big-picture economic trends that hit the US workforce in the same period, like imports from China and Mexico, computer software replacing office work, and offshoring. With all that taken into account, they estimated that for every one robot per thousand workers in a given area of the country, the employment rate went down by .2-.3 percentage points, and wages fell by between .25 and .5 percent.”[2] Acemoğlu and Restrepo wrote, “We see negative effects of robots on essentially all occupations, with the exception of managers. Predictably, the major categories experiencing substantial declines are routine manual occupations, blue-collar workers, operators and assembly workers, and machinists and transport workers.”

When Jacques Crémer and Priyanka Talim, executives with the Toulouse Network for Information Technology (TNIT), interviewed Acemoğlu, they had a couple of overarching questions on their mind: “Does the rise of AI and robotics spell disaster for human jobs and economic growth? Can humans keep up with the pace of technological change, creating and adapting to new roles?”[3] But, the first question they asked Acemoğlu was, “‘The Economist’ and others have used your research to suggest that robots might displace humans in the same way that cars ousted horses. To what extent is this a useful parallel?” Acemoğlu responded:

“That’s not the conclusion I would have drawn. There are different ways of reading our results. On the one hand, the results are large, because the stock of robots in the United States is still small, and our numbers suggest that this might have led to 0.34 percentage points lower employment to population ratio in the United States between 1990 and 2007 than it would have been the case without the additional buildup of this robots stock. So one could go from this and project into the future that with many more robots in the next several decades, we will have a lot more jobs displaced by machines. But the numbers are not that large. Even if we have a huge acceleration in the adoption of robots, we are still talking about a few percentage points lower employment in the next several decades. So my bottom line is that we have to take the displacement created by new technology seriously, but the research does not support a picture of the near future where robots and other machines will do all the work, and we will all stay at home and play video games (or sip the Burgundy wine all day).”

If humans are not destined (at least for a while) to become redundant, what will the future workforce look like? That’s not a question anyone can answer with 100% confidence. Yan-David Erlich (@yanda), CEO and founder of Parsable, asserts, “In an era when robots are hitting their stride, humans are still very much necessary.”[4]

The Workforce of the Future

Erlich isn’t predicting jobs won’t be affected. After all, he made his observation after visiting a 300,000 square foot factory kept running 24/7 by only 75 employees. He notes, “This is not to say that algorithms, machines and robots won’t replace many existing industrial work activities. According to an article from McKinsey, 59% of all manufacturing activities could be automated. However, humans will still be needed to perform the remaining 41% of activities.” The loss of manufacturing jobs to automation is well-documented. Other economic sectors are now at risk of seeing similar job losses. One of those sectors is retail. Ebrahim Rahbari, an economist at Citi Research, told Sarah Nassauer (@SarahNassauer), “The primary predictor for automation is how routine a task is. A big issue is that retail is a sizable percentage of the workforce.”[5] Nassauer adds, “Nearly 16 million people, or 11% of nonfarm U.S. jobs, are in the retail industry, mostly as cashiers or salespeople. The industry eclipsed the shrinking manufacturing sector as the biggest employer 15 years ago. Now, as stores close, retail jobs are disappearing. Since January, the U.S. economy has lost about 71,000 retail jobs, according to data from the Bureau of Labor Statistics.”

The trends are pretty clear. Traditional jobs are being lost to automation. The big question remains: Will enough new jobs be created to avoid massive unemployment? The honest answer is: We don’t know. Acemoğlu writes, “Despite much discussion of automation and what it spells for the future of labor markets, we are far from both a comprehensive framework for studying how automation impacts the functioning of modern labor markets, and from a body of empirical work providing reliable estimates on its impact on employment, wages and productivity.”[6] Nevertheless, Acemoğlu reports initial studies indicate “the effects of robots are concentrated on the most heavily automated industries; on routine manual, non-routine manual and blue-collar occupations; and on workers with less than college education. The effects on men and women are similar, though somewhat larger on men.”

Acemoğlu differentiates between two types of technologies — enabling technologies and replacing technologies. Enabling technologies enhance “the capabilities of some workers and enable them to perform new functions, increasing their productivity.” Replacing technologies, as the name implies, “displace workers, and may cause unemployment.” Replacing technologies have a long history of displacing workers involved in mundane, routinized, or dangerous tasks. As Acemoğlu notes, that trend will undoubtedly continue. The best hope for maintaining high employment rates involves leveraging enabling technologies. These too have a long history and they are the technologies that have created new jobs. John Thornhill (@johnthornhillft) notes that enabling technologies are more prevalent than ever in our lives. He writes, “Millions of people have electronic pacemakers and hip implants and so could technically be counted as cyborgs. Collaborative robots (or cobots) have been working in harmony with humans on the factory floor. Disembodied digital assistants, such as Siri, Cortana and Alexa, are ‘talking’ with millions of us every day.”[7] Stephan Howeg (@StephanHoweg), Chief Marketing and Communications Officer at The Adecco Group, insists enabling technologies represent the true future of work. “The future of work looks full of promise,” he writes. “Combining human brainpower with artificial intelligence, virtual reality and automatization will revolutionize how we work. Already, robotic enhancement is helping humans exceed their natural capabilities. AI is opening the door to real-time, personalized intelligent services, cutting waste and maximizing results. And virtual and augmented reality are enabling real-time learning, human-robot collaboration and better work safety.”[7]

Making predictions has been called a fool’s errand. That adage certainly holds true for predictions about the future of the workforce. Nevertheless, we can accurately predict that new technologies are going to be disruptive. Workers will be displaced. New skills will have to be learned. Stakeholders will have to get together to enact policies that help displaced workers find new jobs. Nevertheless, the future is not set in stone. Howeg concludes, “Digital transformation is having an enormous impact on jobs and society. If we act now and invest in developing and shaping the right skills, then the ‘’digital’ workforce will be the real catalyst for sustainable and inclusive growth in the 21st century.”