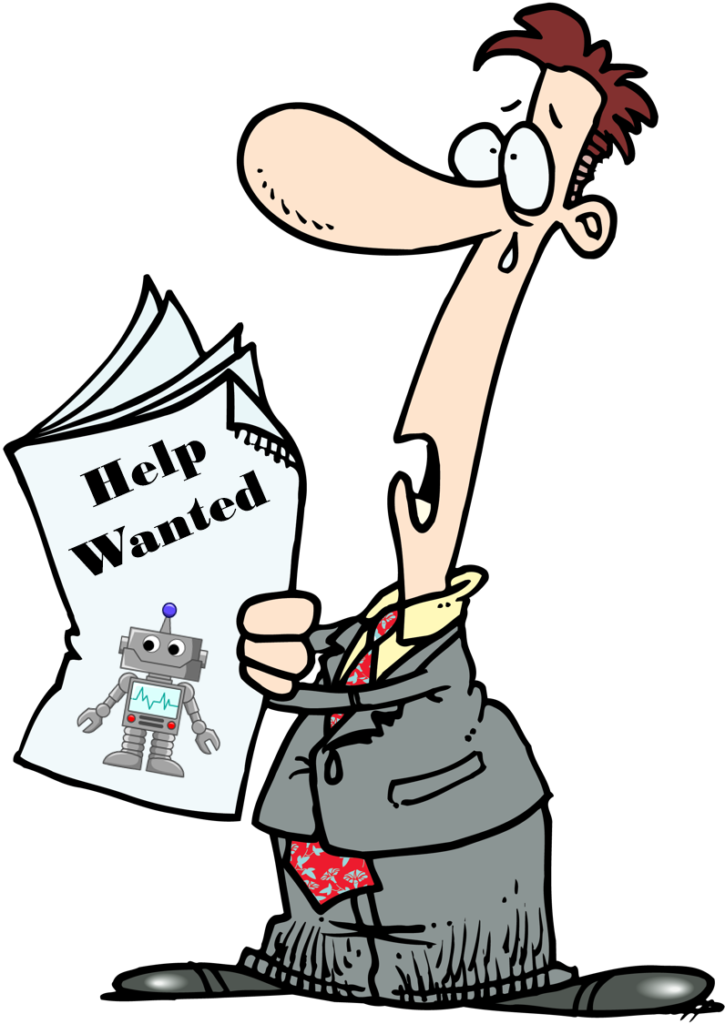 Jobs Sustainability: The Latest News is not Good News

There is a heated, ongoing debate about how artificial intelligence and robotics are going to affect jobs sustainability (i.e., the future of the human workforce). Optimists believe new technologies will, like in times past, create more jobs than they destroy. Pessimists believe this time around that won’t be the situation. In either case, all stakeholders — employers, employees, politicians, and academics — would be wise to sharpen their focus on this important topic. Former Treasury Secretary Lawrence H. Summers (@LHSummers) worries that the current Treasury Secretary, Steven Mnuchin, doesn’t understand the urgency of the situation. “In reference to a question about artificial intelligence displacing American workers,” Summers writes, “Mnuchin responded that ‘I think that is so far in the future — in terms of artificial intelligence taking over American jobs — I think we’re, like, so far away from that [50 to 100 years], that it is not even on my radar screen.’ He also remarked that he did not understand tech company valuations in a way that implied that he regarded them as excessive. I suppose there is a certain internal logic. If you think AI is not going to have any meaningful economic effects for a half a century, then I guess you should think that tech companies are overvalued. But neither statement is defensible.”[1] Mnuchin is not alone in his lack of attention to the jobs sustainability challenge. Brookings Institution analysts Jack Karsten (@jtkarsten) and Darrell M. West (@DarrWest) write, “Emerging technologies like industrial robots, artificial intelligence, and machine learning are advancing at a rapid pace, but there has been little attention to their impact on employment and public policy.”[2] If the latest studies are correct, stakeholders may already have to play catch up if they want to create a future that doesn’t include massive unemployment, social unrest, and economic chaos.

The Latest Jobs Sustainability News is not Good News

As I noted above, optimists believe new technologies will eventually create more news jobs than they destroy. A recent study, however, suggests their optimism is misplaced. Cora Lewis (@cora) reports, “Every new robot added to an American factory in recent decades reduced employment in the surrounding area by 6.2 workers, according to a new study released by the National Bureau of Economic Research. Researchers worked to separate the impact of robots from other big-picture economic trends that hit the US workforce in the same period, like imports from China and Mexico, computer software replacing office work, and offshoring. With all that taken into account, they estimated that for every one robot per thousand workers in a given area of the country, the employment rate went down by .2-.3 percentage points, and wages fell by between .25 and .5 percent.”[3] The jobs most affected are in categories the Trump Administration claims it is trying to save and revive — namely, blue collar jobs. The study’s authors, Daron Acemoglu of MIT and Pascual Restrepo of Boston University, wrote, “We see negative effects of robots on essentially all occupations, with the exception of managers. Predictably, the major categories experiencing substantial declines are routine manual occupations, blue-collar workers, operators and assembly workers, and machinists and transport workers.” Summers adds:

“Artificial intelligence is behind autonomous vehicles that will affect millions of jobs driving and dealing with cars within the next 15 years, even on conservative projections. Artificial intelligence is transforming everything from retailing to banking to the provision of medical care. Almost every economist who has studied the question believes that technology has had a greater impact on the wage structure and on employment than international trade and certainly a far greater impact than whatever increment to trade is the result of much debated trade agreements.”

Commenting on Acemoglu’s and Restrepo’s study, Claire Cain Miller (@clairecm) writes, “The paper is all the more significant because the researchers, whose work is highly regarded in their field, had been more sanguine about the effect of technology on jobs. In a paper last year, they said it was likely that increased automation would create new, better jobs, so employment and wages would eventually return to their previous levels. Just as cranes replaced dockworkers but created related jobs for engineers and financiers, the theory goes, new technology has created new jobs for software developers and data analysts. But that paper was a conceptual exercise. The new one uses real-world data — and suggests a more pessimistic future. … The study analyzed the effect of industrial robots in local labor markets in the United States. Robots are to blame for up to 670,000 lost manufacturing jobs between 1990 and 2007, it concluded, and that number will rise because industrial robots are expected to quadruple.”[4] Some analysts insist this study is just a warning shot and may not be predictive of the future. For example, one of Acemoglu’s MIT colleagues, David Autor, told Cain, “I don’t think that this paper is the last word on its subject, but it’s an exceedingly carefully constructed and thought-provoking first word.” Even Restrepo admitted to her, “the problem might be that the new jobs created by technology are not in the places that are losing jobs, like the Rust Belt. ‘I still believe there will be jobs in the years to come, though probably not as many as we have today,’ he said. ‘But the data have made me worried about the communities directly exposed to robots.'”

Cain notes there is a “coming wave of technologies — like machine learning, drones and driverless cars” — that will further affect jobs sustainability. Josh Bersin (@Josh_Bersin), Founder and Principal at Bersin by Deloitte, reports, “Our research shows that AI and robotics are entering the workforce much faster than you may have thought. 38% of companies in our new Deloitte Human Capital Trends research (10,400 respondents from 140 countries) believe that robotics and automation will be ‘fully implemented’ in their company within five years.“[5] That means stakeholders are already behind the power curve when comes to creating new jobs and training programs for displaced workers. Bersin continues:

“Will technology really create massive unemployment? Are we entering a ‘jobless’ economy where only software engineers and designers have jobs? Our research says no. Among the companies we surveyed, 77% believe automation results in ‘better jobs,’ and only 20% see job reductions. 50% are investing in retraining workers to work side-by-side with machines, and 33% expect people to do ‘more human tasks’ augmented by robotics and AI. Yet at the same time, employee engagement is flat, productivity remains low, and employees are more overwhelmed and over-worked than ever.”

Even though companies are cautiously optimistic about job sustainability, the evidence does not yet support their position. A better future will not emerge spontaneously. That outcome will require the concerted efforts of all involved.

Bersin notes, “Our research clearly shows that the traditional structured career is fast going away.” Like me, he believes a better future will only be created when humans work with smart machines rather than be replaced by them. He explains, “As the economist Andrew McAfee wrote, ‘One could argue that today digital technologies are doing for human brainpower what the steam engine and related technologies did for human muscle power during the Industrial Revolution. They’re allowing us to overcome many limitations rapidly and to open up new frontiers with unprecedented speed. It’s a very big deal.’ How will AI then impact our organizations, jobs, and our people? Our research shows that software and robots are not ‘automating jobs’ they are ‘automating tasks,’ a theme you should consider as your company embraces more and more such tools. This research clearly shows that companies are rapidly adopting automation (over 50% of respondents believe their companies will be ‘fully automated’ within 5 years), and these systems are more cognitive, intelligent, and powerful than ever before. Yet while this takes place, the issue is not one of ‘eliminating jobs’ but rather ‘redesigning work,’ and shifting people from technical roles to more hybrid jobs, adding more ‘essentially human skills’ to our companies.” Although Acemoglu’s and Restrepo’s study doesn’t support Bersin’s position, we should not give up on trying to create a future where humans and machines collaborate in productive ways. As Kevin Kelly (@kevin2kelly), founding Executive Editor of Wired magazine, explains, “This is not a race against the machines. If we race against them, we lose. This is a race with the machines.”[6]